As ‘planet consciousness’ and ‘economic prudence’ became buzzwords across the world over the past few years, there has been a visible rise in prominence of the shared economy – preferring access and experience to ownership. Consequently, new forms of shared mobility became the lifelines of transportation networks of bustling cities. But as COVID-19 struck, safety and social distancing emerged as the new lexicons for commuters.

Suddenly, from access to a wide range of cab service operators, they were left with essentially two choices – commute in their own vehicle, or don’t commute at all. As a consequence of people being placed under a quarantine at home, urban transportation usage was not only disrupted, but it plummeted to its lowest level in decades. 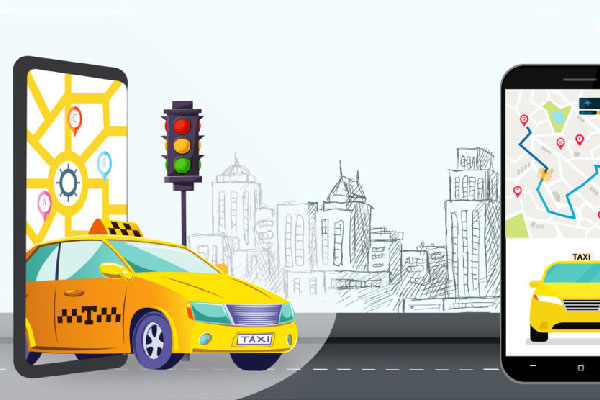 A survey of 5,000 residents of major cities in the US, China and Western Europe (France, Germany, Italy, Spain & the UK) by the Boston Consulting Group revealed that during the lockdowns, the use of nearly every mode of transportation fell precipitously. The use of public transport, car sharing, ride sharing, taxis & ride hailing dropped by 60% or more in all three regions.

The use of privately owned bikes and e-scooters increased by 21-59% in all three regions, as they allow minimum contact with other people and hence minimal risk of infection. Interestingly, bike sharing rose by 21-59% in the US and China, aided by regular disinfection and price reductions. However, it dropped by the same margin in Europe. Private-car travel plummeted in all three areas. In the US & China, vehicle miles traveled fell nationally at least 65%, while in Europe, the drop was much steeper (over 60%).

Given the looming threat of Coronavirus, despite vaccines such as the one by Oxford varsity showing positive results in human trials, the tendency to travel by public vehicles is not very high, at least in the short-term. Findings from the recent Deloitte Global State of the Consumer Tracker Survey reveal that over the next 3 months, respondents in Australia and India plan to limit their use of public transit systems & ride-hailing services. At the same time, however, this fear did not seem to be as prominent in countries such as the UK and China, which have managed to contain the pandemic significantly. Even the US, despite being one of the worst casualties of this pandemic, did not seem to exhibit this fear prominently.

Interestingly though, the intent of respondents in US, UK, Australia, India & China to buy their next vehicle online has seen an upswing. Also, a significant proportion of these respondents expressed a positive sentiment towards vehicle ownership, while quite a few people said that they would like to retain their current vehicles longer than originally expected. This tendency was most strongly exhibited by India, followed by China, Australia, the USA & the UK.

Numerous studies predict that even as lockdowns around the world are being lifted or eased, and urban travel begins to rebound, cars and other types of solo travel are being perceived as the lowest-risk modes of transportation.

SOURCE: Impact of COVID-19 on Urban Mobility in India Report, TERI ; NOTE: The survey is based on the responses of 438 responses from 51 cities and conducted between 7 to 26 April 2020.

A report by TERI titled Impact of COVID-19 on Urban Mobility in India analyses the country’s urban transportation system before the onset of the virus. Public transport, represented by metro and bus services, was the stated mode of choice for about 25% & 9% of the respondents, respectively. About 23% of the respondents preferred to commute by private cars while 9% of them chose to travel by two-wheelers. Around 15% of the interviewees chose to travel by intermediate public transport (IPT) modes, such as private taxis and autorickshaws.

SOURCE: Impact of COVID-19 on Urban Mobility in India Report, TERI; NOTE: The survey is based on the responses of 438 responses from 51 cities and conducted between 7 to 26 April 2020.

The same study indicates that the urban transportation landscape is likely to undergo significant changes due to the pandemic. About 35% of respondents expressed that they are likely to change their mode of transport for work trips post COVID-19. “A sharp decrease has been reported in the usage of bus and metro services, and instances of shared mobility have dropped as well. This is expected to shift to the use of private vehicles and intermediate public transport (IPT) such as taxis and auto rickshaws. Share of non-motorized modes may also increase, especially for short distance trips,” it observes.

Studies suggest that in the long run as the number of COVID-19 casualties decline and lockdowns are eased, the need for social distancing is likely to decrease and shared mobility will become popular again. However, until that time comes, the country needs to prepare for the eventual transition towards sustainable mobility options as a significant chunk of people in the country will commute by their private vehicles.  According to Mckinsey, much of the demand for two wheelers and three wheelers comes from migrants, originally from rural areas, who work in large cities. The lockdown has compelled many of these migrants to go back to their hometowns in the countryside, which is driving demand for affordable mobility options.

At the end of the day, building consumer confidence by ensuring the health of staff and passengers will be the key to stimulate demand for ride sharing apps. Sanitizing cabs and providing protective equipment to drivers, streamlining operations and optimizing costs & offering discounts to customers are some of the ways to help the ride sharing business to tide over the crisis.