While India has intensified its trade engagements with a number of countries over the years, the actual trade remains fairly limited to a few markets. To ensure greater diversification, the Government of India introduced Focus Market Scheme, Market Linked Focus Product Scheme and Focus Product Scheme. Greater attention was given to penetration in new markets, particularly Asia and Latin America.

Despite these sustained efforts, India’s top 10 export markets still account for around 50% of its total exports. However, this is far better than the scenario in 1991-92, when the top 20 countries accounted for over 80% of India’s total exports. 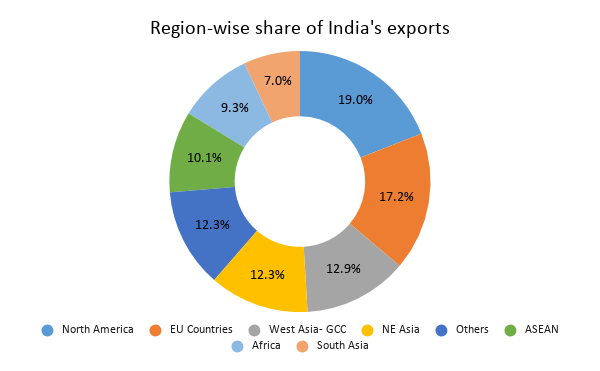 The top five destinations for India’s exports in 2019-20 were US, UAE, China, Hong Kong and Singapore, while the top five sources of imports are China, US, UAE, Saudi Arabia and Iraq. 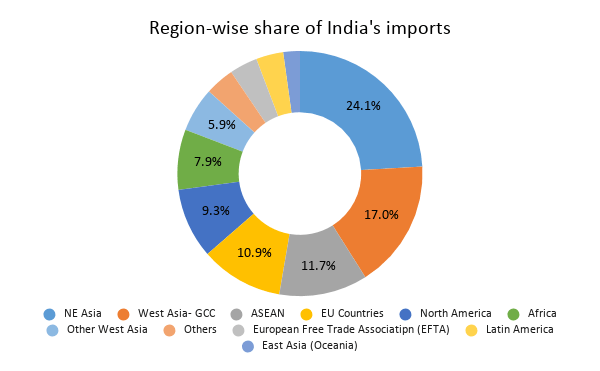