As global trade shows recovery signs, it is critical to address concerns of rising inequalities between wealthy nations and the developing world. These stem primarily from differing capabilities in terms of fiscal spending and controlling infections. Furthermore, the post-pandemic period is also expected to enhance the digital divide, which necessitates a more collaborative policy framework across borders. 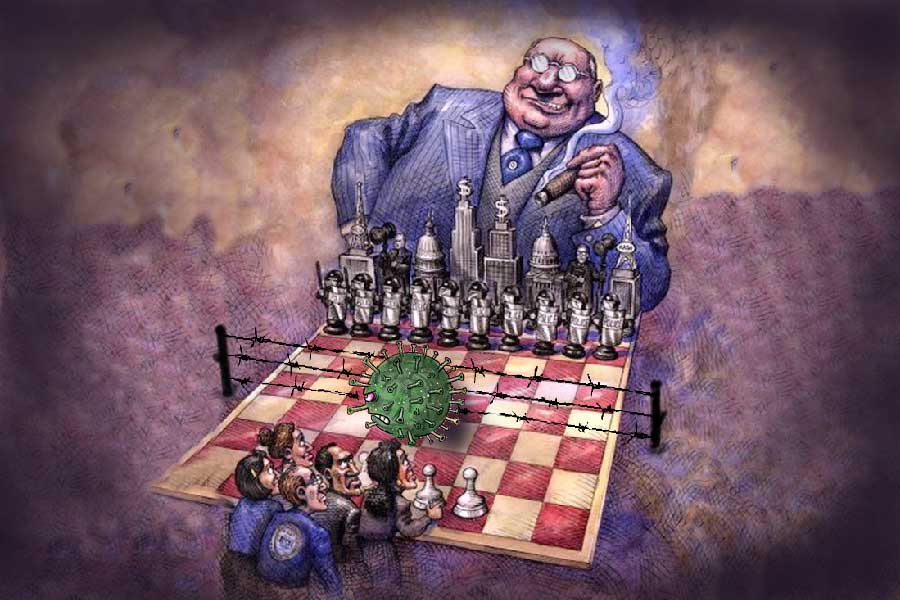 Despite the gloom and doom scenarios being painted in the initial months of the COVID-19 pandemic, global trade seems to be bouncing back at a better pace than anticipated. A report by WSJ concludes that trade has come back faster as compared to the recovery post the 2008 financial crisis. Kiel Institute for the World Economy estimates that the world had in fact recovered half of the year’s historic loss by June 2020.

When you compare the levels that trade has reached in two months this year, it is equivalent to what global trade achieved in 13 months after the 2008 crisis. According to an IHS Markit report, 14 economies out of 38 had achieved growth in export orders in August, as compared to just 4 in the month of June. China, with a growth of 9.5% in August exports, is projected to be the only major economy to show growth this year.

WTO projections in July predicted that trade had bottomed out in the second quarter of 2020, with a decline of 18.5% YoY and the worst case scenario of 32% decline had been avoided. However, the trade body warned that a second wave of COVID‑19, weaker economic growth, and governments imposing trade restrictions were significant risks to the outlook. Cargo flights also began to show a rise after April 18 and PMIs on export orders had started to recover in May. 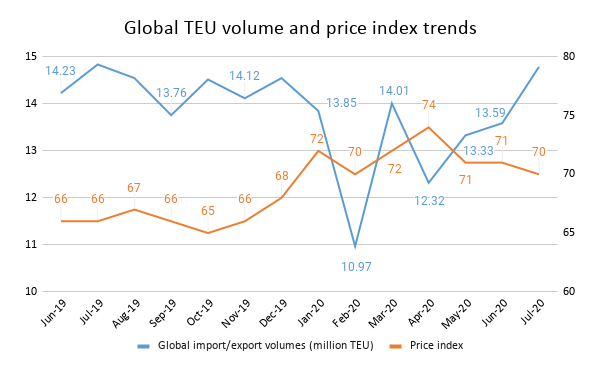 Another more recent WTO note affirmed that far-reaching travel bans in the early months of COVID-19 “have given way to more fine-tuned policies” that enable essential workers to travel and create “travel bubbles” among partners such that quarantines are not considered necessary. However, cross-border mobility of individuals is a significant factor in services (particularly modes 2 and 4) and goods trade which has been severely impacted in this period.

While trade still showed a sharp dip of 27% in Q2, the third quarter is witnessing a welcome rise in the number of ships coming into ports to load and unload containers. In mid-June, the average number of container vessels arriving weekly at ports worldwide dipped to 8,722, an 8.5% year-on-year drop. But it had risen to 9,265 by early August, which is just a 3% decline YoY. Nevertheless, there are contrasting views on the trajectory. The WTO has warned against over-optimistic V-shaped recovery projections. According to estimates, the global economy may contract this year by over 4%, trade will shrink by around one-fifth, FDI by up to 40% and remittances will drop by over US$ 100 billion.

As policy orientations of a number of governments indicate, there is indeed a rise in protectionism and the redrawing of trade maps across the world. US was swift to put a temporary ban on H-1B visas, while Germany has expressed a propensity to localise more supply chains. Even South Korea is looking for ways to ensure reshoring of manufacturing.

BCG’s baseline scenario (of U-shaped economic recovery by 2023) shows that US-China trade could shrink by around 15% in 2023 as compared to 2019, while US-EU trade growth will significantly come down. Growth will slow down for even Southeast Asia, which is expected to be among the strongest gainers in this period. These trends reflect further realignment of geopolitical and trade scenarios that was already underway pre-pandemic.

As has been oft debated, the severe disruptions owing to the pandemic have emphasised the risks of focussing too much on sourcing from a clutch of low cost, far-flung destinations. BCG conducted a research of executives across sectors that revealed:

“Executives are reporting a greater focus on supply-chain resilience. They are adopting more regional, “multilocal” sourcing and manufacturing footprints and are willing to maintain higher “safety stocks” in inventory—even if these moves entail somewhat higher costs. Companies are also more willing to put production in locations that are closer to customers—and are finding they can offset higher labour costs by adopting advanced Industry 4.0 manufacturing systems.”

Recovery of an unequal character

Economists are placing their wagers on various possible shapes – V, W, L – that the recovery in the global economy and trade could take under multiple scenarios. However, these assertions may be too simplistic. What is even more important to analyse is the way this recovery could be redistributed.

UNCTAD’s recently released Trade & Development Report 2020 points to the possibility of a K-shaped economic recovery, which would only breed higher inequality. Essentially, it implies that the wealthy stand to experience a V-shaped recovery, while the rest could get embroiled in a deeper struggle. UNCTAD projections show a 5.8% decline in output growth for developed countries in 2020, while developing countries will de-grow by 2.1%. In 2021, developing nations are expected to grow by 5.7%, while the developed countries will grow by 3.1% according to the projections. 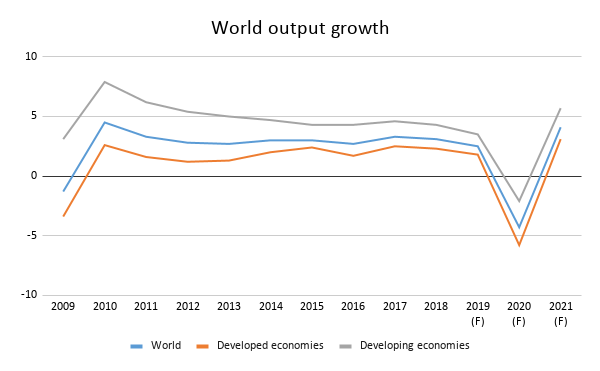 However, the growth in developing nations will be largely led by China, which has managed to keep the pandemic in check. This is ultimately a key determinant of the pace of recovery of every nation as well, apart from individual factors. The other major factor, according to UNCTAD, is the tendency to embrace fiscal austerity, which could lead to a lost decade for most countries.

It proposes a better, more inclusive and sustained recovery as compared to that seen post the 2008 financial crisis, wherein governments in the advanced countries need to spend extensively, and also support developing countries. Moreover, the plan should build around “a coordinated macroeconomic expansion focused on job creation and higher wages and supported by a big public investment push into cleaner energy, environmental protection, sustainable transport systems and the care economy”.

Last but not the least, the pandemic also threatens to enhance the digital divide, which is most prominent between developed and developing nations. The past few months have seen developed countries, with well-established digital industries, pushing aggressively for freer market access to other economies. This, however, is inimical to the relatively nascent digital industries of those countries. India, for instance, is being constantly pressurised on removing customs duties for products under ITA-1 and also signing ITA-2. Moreover, developed countries want the moratorium on customs duties for electronic transmissions to become permanent. These would deny significant tax revenue as well to developing nations.

COVID-19 is expected to greatly enhance the role of digital platforms and e-commerce, which could further shift the advantage towards the ‘digital savvy’ nations and large corporations. While smaller companies can gain through easier market access through digital platforms, larger companies tend to be better positioned as confirmed by research.

Further, with technologies like AI and robotics and the advent of reshoring, value addition in developed countries could also increase, Concentration of value-added in developed country firms will be further reinforced by reshoring of the production stage of the manufacturing process, leaving only low-tech industries with relatively less productivity potential to developing countries. It is therefore of utmost importance for these countries to massively invest in digital infrastructure and skilling and focus on building domestic demand. At the same time, they have to be extremely cautious about allowing unfettered access for digital companies in their markets.

Enquiry for COVID-19 infections, trade recovery and the K-factor