With a number of plant-based products becoming popular, veganism is spreading in India like wildfire. India can go a step further to leverage its agricultural resource base and vegetarian-friendly economy image to master the supply chain for packaged vegan food items. 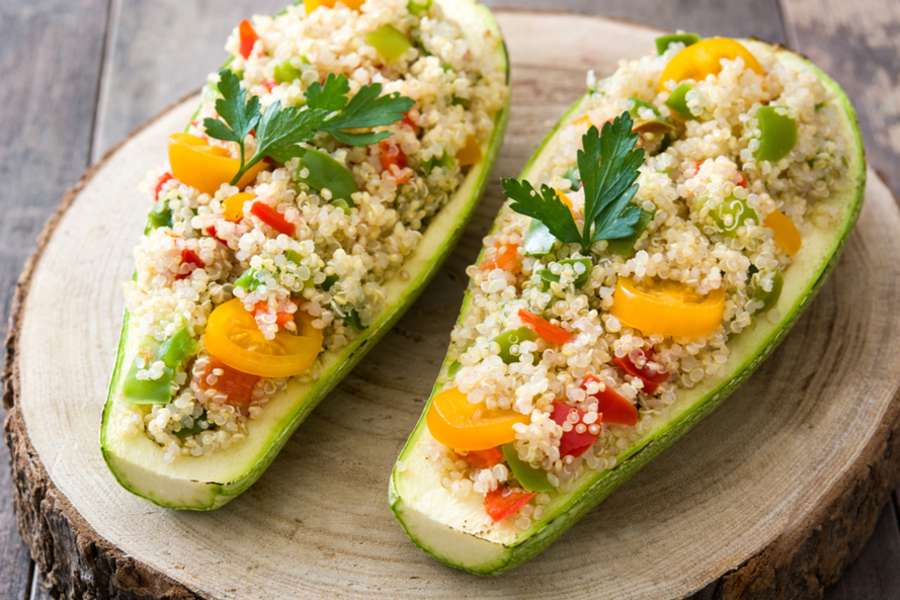 From keto diets and the Paleo-inspired whole foods diet to demand for immunity boosters and veganism, people all over the world have started becoming conscious about what they eat, in a bid to not just maintain their weight but to also lead a healthy lifestyle that is sustainable and keeps diseases at bay. The COVID-19 pandemic has further thrown back the spotlight on healthcare like never before. The State of Snacking: 2020 Global Consumer Snacking Trends Study states, for example, that over half of global adults have relied on snacks for nourishment during the pandemic (54%) & have more control over the portions they eat, because they are snacking at home more often (66%).

One such health trend which has been in vogue is the rise of plant-based diets in the country. From vegan cafés and restaurants mushrooming pan India to vegan cooking classes, vegan tours, vegan conferences and vegan e-tailers – the trend is spreading in the country like wildfire. This is not hard to imagine in a country like India, where 38% of the population is vegetarian and 63% of people are open to replace meat with plant-based options.

Borne out of safety concerns

Further, it is also felt that there is a growing skepticism on the quality of bovine milk, due to the rising awareness on exploitation and cruelty of milk-yielding animals. In addition to keeping diseases at bay, antibiotics are used in animals as growth promoters. Today, India is the fourth largest country in the world in terms of antimicrobial consumption in food animal production. Awareness about the existence of antibiotic residues has led to the banning of shrimp exports from India in some countries. A 2018 report titled Antibiotic Use in Food Animals: India Overview states that:

“There are few regulations governing the use of antimicrobials for cattle, chicken, and pigs raised for domestic consumption in India, with no stringent implementation protocols, even when there are regulations. Several studies show the use of antimicrobials as growth promoters is quite widespread. Nontherapeutic usage of antibiotics has been especially common in poultry production.”

Thus, according to the World Health Organisation, over 40% of all cancer cases are preventable and the organisation advises people to consume plant-based foods to reduce risks of developing cancer. A 2015 WHO report had found that bacon, hot dogs, and other processed meats cause cancer. Therefore, a lot of recent studies are recommending people to re-evaluate their dietary habits and adopt more plant-based options.

Animal welfare concerns are also key factors for the advocacy of alternative dairy products. Consumers are hence gravitating towards the ‘clean’ label and ethically produced food products. Veganism entails refraining from using any animal or animal-based products for food, clothing, entertainment, or work amongst others. Amjor Chandran, one of the organizers of Vegan India Movement, explains:

Veganism is the fastest-growing social justice movement of our time. Vegans abstain from causing intentional harm towards animals and do not support industries that exploit animals. Vegans abstain from consuming meat, eggs, honey, milk derived from animals, dairy products, products tested on animals, and are also against using animals for entertainment, clothing, or any other purpose.

Thus, according to a survey by Rakuten Insights in 2019, veganism has been on the rise in India due to various reasons like following a vegetarian diet (52%), health (50%), concerns about animal welfare (43%), environment (30%), taste (25%) and other reasons (8%). The pandemic has also exposed the vulnerability of dairy and meat industry highlighting the link between food and health and encouraging a revaluation of consumer diets.

As per the United Nations’ report, Preventing the Next Pandemic, 60% of known infectious diseases in humans, as well as 75% of the new infectious diseases endangering humans, are through animals. Most of the reports suggest that COVID-19 was transmitted from animals to humans and zoonotic diseases are likely to become more frequent as demand for such protein increases. It is said that industrial animal farms are breeding grounds for pathogens mutating into novel strains capable of a pandemic spread. As per medical experts, over 10 million deaths from antimicrobial resistance globally are estimated by 2050, an increase of 14 times over current deaths.

Veganism on the rise in India

The global plant-based food market was valued at US$ 12.1 billion in 2019 and is expected to reach US$ 74.2 billion by 2022, over six times by 2027. Another report by UBS and Jefferies has suggested that plant-based meats can be a US$ 100 to US$ 370 billion global industry over the next 15 years. India, being home to a large vegetarian population, will be an important beneficiary of this growth.

Meats produced directly from plants and meat cultivation through cells can ensure land use reduction by 35 to 99% as compared to the conventional manner of meat production. It is estimated that the mock meat industry is set to reach US$ 1 billion in the coming five years. This will be critical for India, which continues to expand its food production, to ensure food security for the world’s largest population. It will also enable India to adhere to its Sustainable Development Goals. The “Insights on plant-based milk category in India” state:

Plant-based milks such as soy milk, almond milk and oat milk have made promising inroads with Indian consumers. Estimated at US$ 21 million vs the animal-derived dairy industry at US$ 140 billion, plant-based dairy in India is projected to grow at a CAGR of 20.7% to reach US$ 63.9 million by 2024.

Global organisation Veganuary, which encourages people from all over the world to take a pledge to turn Vegan, also releases a survey each year highlighting countries topping the number of signups. In 2021, India made it to the top for the first time, placing Germany at fourth spot, while UK and US continue to hold the dominant positions. While young and conscious Indians adopting cleaner and greener healthcare practices is a key reason for its adoption, the challenge surrounding zoonotic diseases is also an important cause for the rise of veganism in India.

A number of sports and film celebrities in India have also adopted veganism and are hence influencing other athletes and fans to do the same. Similarly, a lot of cafes are popping up in the city with vegan dishes and vegan menus. In 2019, India witnessed its Vegan India Conference, which aims at providing a support system to food technologists, vegan innovators, investors, exporters and retailers, saw over 450 delegates from 18 countries in New Delhi, India. Further, it is interesting to note that In 2019, PETA India awarded Hyderabad, the most meat-consuming city in Asia, the title of Most Vegan-Friendly City in India!

To sum up, the pandemic has flipped a switch in the minds of many in favour of veganism. India can leverage its vegetarian-friendly economy image in the world and and strong agri resource base to master the supply chain for vegan packaged food items. Agricultural export promotion organizations can play an active role in this. At the same time, the industry must improve competence in agricultural practices and knowledge, R&D of food supply-chain, quality of supply chains, and abide by global standards and labeling of vegan products.