India & Bangladesh – Moving Together to the East

The present year is a momentous one for India and Bangladesh, as they celebrate fifty years of the latter’s independence and bilateral diplomatic ties. It is important for them to address constraints affecting bilateral trade growth, especially as Bangladesh is slated to graduate to developing country status in 2026. 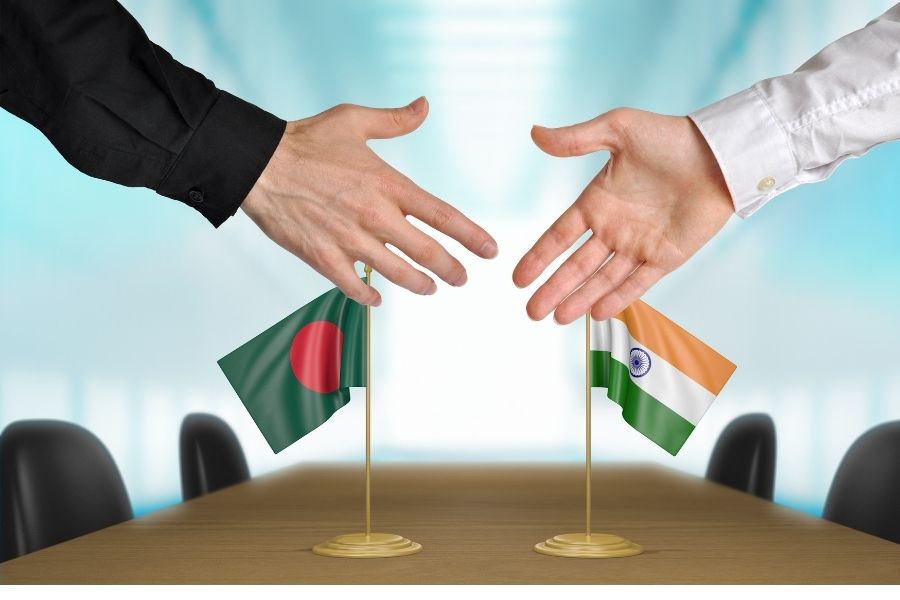 Figure 1- India’s trade with Bangladesh (in US$ billion)

Coming to the composition of trade, India’s top exports to Bangladesh are cotton, petroleum products, vehicles, machinery (particularly, textile machinery) and iron and steel. A point worth highlighting here is the important role that India plays in Bangladesh’s readymade garments (RMG) industry as a supplier of both raw materials as well as capital goods required in the sector. Bangladesh’s export basket to India largely comprises of apparels, both knitted and crocheted and non-knitted and crocheted, made-ups of textile articles, jute and jute products and vegetable fats and oils.

There is an untapped additional trade potential of US$ 14.2 billion between the two countries. India has the potential to export an additional US$ 13.6 billion worth of goods to Bangladesh. The top potential items are petroleum oils, having an export potential of US$ 3.3 billion, followed by cotton (US$ 536 million), products of iron (US$ 441 million), polypropylene polymers (US$ 353 million), cane sugar (US$ 314 million) and dredgers (US$ 305 million) and articles of jewellery (US$ 227 million).

Bangladesh has the potential to export only an additional US$ 535 million worth of goods, as its competitiveness is concentrated in a limited number of industries. It has the potential to export greater volumes of apparels, fabrics and hides. Within these the top potential categories are men’s trousers and shorts of cotton (US$31 million), t-shirts, singlets and other vests (US$31 million), woven fabrics of jute or other textile base fibres (US$ 30 million), brassieres (US$29 million), non-knitted or crocheted cotton shirts for men (US$27 million) and tanned hides of bovine animals (US$ 27 million).

This trade potential can only be realised if the barriers, tariff as well as non-tariff, are addressed by both countries. India provides duty-free access to imports from Bangladesh for all products except tobacco and alcohol under the agreement on the South Asian Free Trade Area (SAFTA), but Bangladesh still maintains a long sensitive list for imports. In addition, there are several land ports e.g Agartala, Srimantapur and Sutarkandi, bordering the Northeast region and Bangladesh, at which Bangladesh allows only a handful of commodities to be imported from India. In fact, on these land ports, Bangladesh maintains a positive list for imports. Non-tariff barriers, perceived and real, related to standards, continue to hamper the free flow of goods between the two countries.

Even though standards are not applied in a discriminatory manner, barriers persist due to information asymmetries about each other’s regulatory regimes, lack of coordination between regulatory agencies, and lack of digitization in the application of risk assessment methods. These need to be addressed on a continuous basis.

In addition to these barriers, the infrastructure gaps at the land borders also impede the growth of bilateral trade.  India’s border with Bangladesh, spans over a stretch of 4,096 km, covering the states of West Bengal, Assam, Meghalaya, Mizoram and Tripura. To facilitate trade through the border areas, India and Bangladesh have several Land Customs Stations (LCSs) and Integrated Check Posts (ICPs). About 75% of India’s imports from Bangladesh and 50% of exports to the country take place through these land ports. These points are also widely used for the movement of people. Many of these LCSs are being upgraded to ICPs.

Besides, India and Bangladesh have also established four Border Haats for free local trade among the communities residing in the bordering areas. There are plans to set up more Border Haats in the near future. The potential that these have in boosting trade and promoting development in the border areas goes unutilised. There are infrastructural constraints at LCSs such as narrow, congested roads, lack of cold storage and testing facilities and lack of digitisation.

Under the Act-East policy, India envisages deeper economic integration with South East Asia via its North Eastern Region (NER), making the overall development of the region a key objective. Mainland India and NER are connected through only a narrow strip of land, known as the Siliguri Corridor or more popularly as the Chicken’s Neck. Being the only route of transportation, it remains highly congested.  To reduce the burden on this route, India is working with Bangladesh to develop transit routes and also to establish seamless cross-border connectivity. For Bangladesh too, better connectivity would mean opening up of more economic avenues. Remarkably, the two nations have made huge strides towards strengthening all modes of connectivity between each other.

India and Bangladesh have a Protocol on Inland Water Trade and Transit (PIWTT) in place, which allows for both transit and inter-country trade along the specified inland water routes. This has helped in enabling riverine connectivity between Kolkata and Karimganj, Silchar, Dhubri and Pandu in Assam via Bangladesh. The signing of the second addendum on PIWTT in 2020 has, inter alia, operationalised inland water routes between Bangladesh and Tripura. This is expected to provide a fillip to economic activity in Tripura and neighbouring states.

Moreover, the plan to develop Jogigopha in Assam as a new port of call and establish a Multimodal Logistics Park there will strengthen connectivity in NER and Bhutan. The launch of bus services along the Kolkata-Dhaka-Agartala, Dhaka-Shillong-Guwaha and Kolkata-Khulna-Dhaka routes has reduced the travel time between West Bengal and the North-Eastern states.

There has also been huge progress in the revival of rail links between India and Bangladesh. Five out of seven pre-1965 routes have been reopened, providing an attractive alternative for the both domestic and international movement of goods and people. The signing of an MoU for the introduction of container train services is another milestone in cross border connectivity. The work on the other two lines, Akhuara-Agartala and Mahishashan–Shahbazar is also expected to be completed soon.

India and Bangladesh are enthusiastically partnering for establishing robust connectivity in the neighbourhood. They are signatories to the Bangladesh, Bhutan, India, Nepal (BBIN) Motor Vehicles Agreement which aims at enabling smooth passenger and cargo movement between the partner countries. The MVA has been ratified by India, Bangladesh and Nepal and is expected to be implemented soon. Negotiations for an MVA for BIMSTEC[1] countries are also going on. Bangladesh has also expressed interest in joining the India-Myanmar-Thailand Trilateral Highway project.

Another issue is the low volume and frequency of commercial and consumer cargo movement between mainland India and NER along the inland water routes. The routes are mostly used for transporting construction-based materials and other heavy cargo. The vessels along these routes need to operate in a time-bound manner and should be equipped with better facilities to make inland waterway a preferable choice for transit movement. This is especially important for the movement of fresh agricultural and horticultural products between NER and mainland India. The persistent delays in the implementation of various sub-regional projects also pose a challenge in translating the vision of a well-connected neighbourhood to reality.

Lot done, more to do

As described by PM Modi, “India and Bangladesh have scripted a golden chapter of mutual relations in the past few years”. There has been fantastic progress in a wide range of areas. However, there are several gaps that need to be addressed.

Bangladesh will officially graduate to a developing country in 2026. This means that it would lose all the trade concessions that it globally enjoys as an LDC. India should use this opportune time to push for deeper integration of their markets. At present, a joint study is being carried out to evaluate the prospects of a Comprehensive Economic Partnership Agreement (CEPA) for the free flow of goods, services and investments between the two countries.

The agreement should have a more dynamic scope and should aim at establishing institutional mechanisms that promote knowledge sharing and collaborations for, inter alia, smooth functioning of Single Window for Trade Facilitation, mitigating the impact of the fourth Industrial Revolution, channelising informal trade to formal channels, skilling the youth and partnering in the IT sector.

As the progress on the CEPA front is very slow, pressing issues that are restricting the growth of trade need to be addressed more urgently. The trade agreement between India and Bangladesh was last renewed in 2015. The two sides should have more active discussions on reducing the various non-tariff barriers that impede trade growth. The burgeoning trade deficit is already a cause of concern for Bangladesh. The additional restrictions on its exports to India only hamper bilateral trade relations. India should therefore focus on strengthening the competitiveness of its domestic industry and building synergy with industries in Bangladesh. This is particularly needed in the textiles sectors so that the two neighbours can capture a greater share in the world market.

For the free movement of goods, people, ideas and services, the land ports play an important role. They also act as an instrument of economic progress. It should be ensured that infrastructure at all the land ports is adequate. There should also be conscious efforts from both sides to minimise restrictions on the exchange of services related to health, education and tourism at the borders. The two countries should also focus on enabling the development of local economies at these points.

Lastly, India needs to scale up its investments in Bangladesh. India’s current FDI flows to Bangladesh are much lower than those of other countries such as the US, UK, China, Netherlands and Singapore. Higher investments would not only help India in tapping new markets but also keep in check the growing influence of other countries in the neighbourhood. With the meeting of the two Prime Ministers last week, it is hoped that another golden chapter would be forged in India-Bangladesh relations. 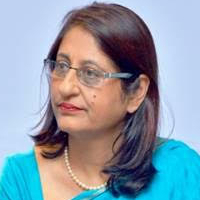 She has served on committees set up by the Government of India on Informal Trade, Rules of Origin and Non-tariff Barriers and was recently appointed as Transshipment Adviser to the Government of Nepal. Her research papers have been published in several journals and have been disseminated widely in India and abroad. She has worked as a Consultant with the Asian Development Bank, the United Nations and The World Bank on regional integration in South Asia and South East Asia. 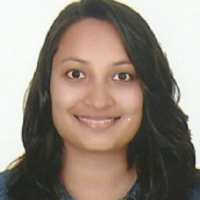 Sakshi Garg is a researcher with about two years of experience in international trade. She has worked with ICRIER on areas pertaining to economic integration in South and South East Asia. She holds a master’s degree in International Business Economics and Finance from Gokhale Institute of Politics and Economics. Her research interests include Trade and Development and WTO issues.

Enquiry for India & Bangladesh – Moving Together to the East