Greater synchronisation must for Atmanirbharta in defence production

Amit Cowshish, Consultant, Manohar-Parrikar Institute for Defence Studies and Analysis, feels that the draft Defence Production & Export Promotion Policy (DPEPP) 2020 has all the necessary ingredients in place. But implementable roadmaps must be prepared for meeting each one of the stated objectives of the policy and an overarching institution should be tasked with the responsibility of coordinating the efforts of each constituent of the Ministry of Defence. 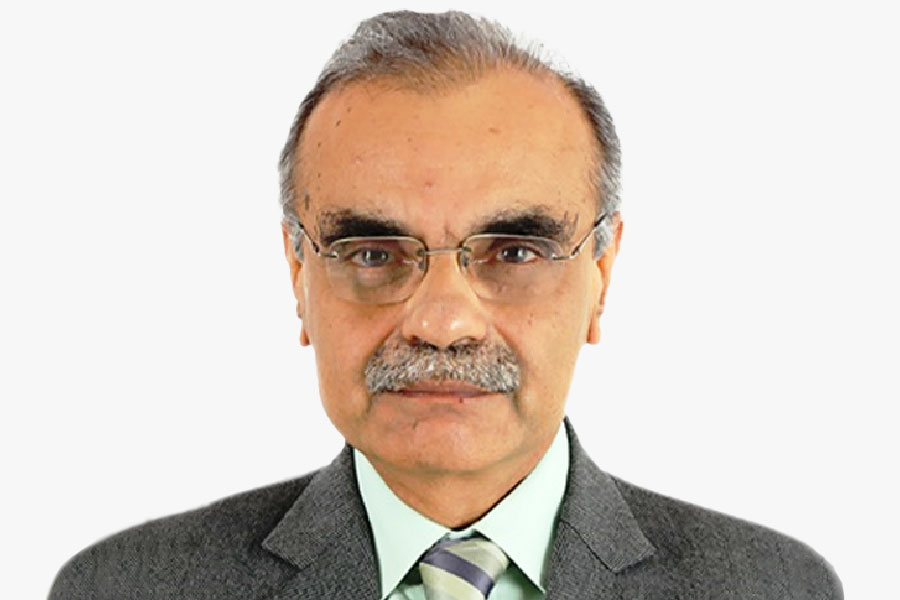 To give a fresh impetus to Atmanirbharta, or self-reliance, in defence, the Ministry of Defence (MoD) has decided to disallow imports of 101 items listed in its press release of August 9, 2020. Beginning December 2020, the embargo will come into effect in phases over the next five years. These items, identified in consultation with the armed forces and the industry, include not just simple components, but also high technology weapon systems, aircrafts, helicopters, corvettes, radars, sonar systems, just to mention a few.

The release proclaims that this steps provides an opportunity to the Indian defence industry to manufacture the embargoed items ‘by using their own design and development capabilities or adopting the technologies designed and developed by Defence Research and Development Organisation (DRDO) to meet the requirements of the Armed Forces in the coming years’. This proclamation sounds familiar.

The Technology Perspective and Capability Roadmap (TPCR) of 2013, and its revised version of 2018, were issued with the same objective in mind, but these had a limited impact on indigenisation of defence production. It seems, that is why the MoD has now gone a step further and stipulated the cut-off dates, beyond which it will not import the embargoed items, thereby putting itself and the Indian industry under pressure.

The embargo on 69 of these 101 items will come into effect in December 2020, which may not pose a problem as many of these items are already being made in India as per the specifications mandated by the armed forces. Prime examples of that are the Light Combat Aircraft (LCA) and the Pinaka Multi Barrel Rocket Launchers for which the MoD awarded contracts late last month to two private sector and one public sector Indian companies.

It may, however, not be so easy to enforce the embargo on all the items by the stipulated dates. This is not because the Indian industry lacks the capacity to design and develop them, but on account of many other reasons, the primary one being the limited time available to the industry to be ready, when the embargo kicks in, with indigenously designed and developed products meeting the qualitative requirements (specifications) laid down by the armed forces, which are typically disclosed only when the tender is issued.

In the midst of all the uncertainty about how the embargo will pan out, there are indications that the MoD may notify another similar list by the year-end, signalling the government’s  intention to persist with the new policy of accelerating self-reliance by banning imports. This, however, seems to be at odds with the government’s efforts to attract foreign direct investment (FDI) in defence, which stood at Rs 24.96 crore in March 2014, counting from May 2001 when the defence sector was opened to foreign investment.

Since then, the FDI has jumped up to Rs 56.88 crore as of March 2020, but defence continues to be one of the least attractive sectors for foreign investment with only two sectors – Mathematical, Surveying and Drawing Instruments, and Coir – fairing worse. Many consider the present cap of 49% on FDI through the automatic route as an obstacle, as the foreign investors are wary of putting in money in the Indian companies over which they cannot exercise management control.

To overcome this obstacle, the finance minister announced on May 16 that the cap will be raised from the existing 49% to 74%, beyond which it will require the government’s approval. The existing policy stipulates that this approval may be granted if the investment proposal is likely to result in access to modern technology or for other reasons as deemed fit. The formal notification of the revised FDI cap is awaited, but meanwhile notification of the negative list has raised some new questions.

The investors’ response to the higher cap may largely depend on whether the companies with 74% FDI will be treated at par with other Indian companies and permitted to participate in the acquisition programmes under various procurement categories. The Strategic Partnership Model (SPM), which envisages manufacturing of foreign-origin platforms in India by the Indian companies, may be of special interest to them because of the huge busines opportunity it offers in four strategic segments: fighter aircraft, helicopters, submarines, and armoured fighting vehicles/main battle tank.

The FDI policy is not the only factor impacting the decision to invest. Such decisions are also influenced by other factors like the procurement policies and procedures of the buyer – a term that encompasses the MoD, the armed forces, and the coast guard organisation. All of them are bound by the procedure laid down in the Defence Procurement Procedure (DPP) 2016, widely considered as cumbersome and process-driven, rather than being user-friendly and result-oriented.

To be fair, the MoD has made considerable efforts in the last two decades to streamline the acquisition procedures, which were first codified in the DPP of 2002. It has been revised at least six times thereafter and its 2016 version, currently in force, is also going to be replaced soon by the Defence Acquisition Procedure (DAP) 2020. All these revisions were intended to streamline the procurement process. In fact, DPP 2016 was based on the recommendations of a Committee of Experts which had held extensive consultations with the armed forces, think tanks and the industry before submitting its report. 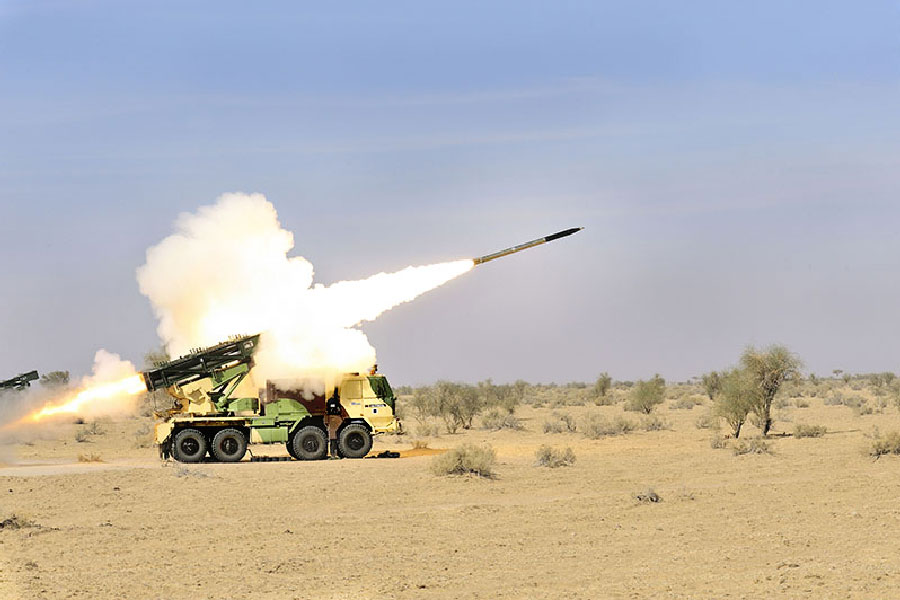 Consequently, many new provisions were included in the DPP 2016 to support the Indian industry. These included introduction of the Buy (Indian – Indian Designed, Developed, and Manufactured) as the highest priority procurement category to promote indigenous design and development, SPM to forge long term relationships with the Indian industry, creation of a sub-category to promote industry-funded ‘Make’ projects, and earmarking of certain low-value ‘Make’ projects for the Micro, Small and Medium Enterprises (MSMEs).

Ironically, however, the revamped DPP 2016 could not dispel the impression that the procedures are needlessly cumbersome. The critics point out that even after the revamp, a procurement proposal still has to negotiate at least ten stages before finalisation of the contract and no proposal gets finalised within the stipulated timeline of 70 to 126 weeks, setting the clock back by several months, if not years. The criticism is not entirely justified as no one has a clue how to reduce the stages and the long time it takes to finalise a proposal is not on account of couldn’t-care-less attitude of the procurement personnel.

One cannot help but say that the impending introduction of more procurement categories, new concepts, and procedural changes in DAP 2020 may reinforce the perception that the procedures are indeed cumbersome.

It will be presumptuous to point out what improvements are required to change that perception, there is little doubt in that, but for it to be user-friendly and result-oriented, the final version of DAP 2020 must have textual clarity so that its provisions do not lend themselves to varying interpretations, pay attention to details of how the processes linked with each stage in the procurement cycle are to be completed, have real-time grievance redressal mechanism, and beef up the system of decision making.

While there is much scope for improving the existing procedures, it must also be said that, contrary to the perception many have, these do not disfavour involvement of the private sector, including the Micro, Small and Medium Enterprises (MSMEs), in defence production. The fact is that the private sector companies can participate as prime vendors in every procurement category, except the ‘Buy and Make’ category, in which they can participate only as the local Production Agency for the foreign vendors.

The scope for the private sector does not end with this. The SPM, which is likely to become the main driver of indigenous production, is also intended to benefit the Indian industry. This is also the case with procurements under the ‘Make’ category and in the yet-to-be-introduced ‘Buy (Global – Manufacture in India)’ category in which the Indian industry could be the minority partner in the subsidiaries of the foreign vendors.

In this context, two initiatives that hold a great promise for the Indian industry assume significance: first, the Defence Technology Fund (DTF) managed by the DRDO to promote self-reliance by funding projects for development of cutting-edge technologies for defence application, and second, the iDEX (Innovation for Defence Excellence) scheme managed by the Defence Innovation Organisation, incorporated as a not-for- profit company to foster innovation by engaging R&D institutes, academia, start-ups, and even individual innovators.

These initiatives for broad-basing defence R&D, which till now has been the exclusive preserve of the DRDO, are important, but grossly insufficient. With the allocation hovering around 4-5 per cent of the overall defence budget (including pensions), DRDO cannot be expected to make simultaneous big time breakthroughs in defence R&D across the entire spectrum of futuristic capabilities required by the armed forces. The private sector in India must pitch in, but it has been reluctant to do so for understandable reasons.

The need of the armed forces for state-of-the-art equipment is so urgent that they cannot afford to wait for the Indian industry to catch up with the technologically advanced equipment made abroad. Besides, with availability of funds being a perennial problem for the MoD, there is no guarantee for the Indian industry that it will be able to sell the products it makes to the MoD, which is the sole buyer in the monopsonic defence market, thus dissuading them from making heavy investment in R&D.

This handicap cannot be overcome by the Indian industry by exporting their products. The Indian industry does not have major export-ready weapon systems, equipment, and platforms. Besides, there are many countries that India cannot export to, while some other countries are more likely to opt for procurement from the established western manufacturers. This will be evident if we look at the list of the largest importers of arms: Saudi Arabia, Australia, China, Egypt, Algeria, South Korea, United Arab Emirates, Qatar, and Pakistan.

This narrative may sound discouraging, but pragmatism demands an honest assessment of where we stand and what is achievable. The draft Defence Production & Export Promotion Policy (DPEPP) 2020 has all the necessary ingredients in place. It talks about procurement reforms, indigenisation, support to MSMEs and start-ups, optimisation of resource allocation, investment promotion, innovation, R&D, development of critical technologies and materials, defence corridors, defence public sector reforms, export promotion, and governance.

This spread is not very different from the basic ingredients of the previous draft policy of 2018 and indeed the Defence Production Policy of 2011. For the DPEPP 2020 to produce better results, it is imperative that implementable roadmaps are prepared for meeting each one of the stated objectives of the policy and an overarching institution is tasked with the responsibility of coordinating the efforts of each constituent of the MoD to ensure that they all work harmoniously for achieving the ultimate goal of self-reliance. Lack of proper coordination and slackness in implementation of policies have put paid to all self-reliance initiatives in the past.

While we can draw lessons from the other countries that have achieved substantial self-reliance in defence, it would be a mistake to think that a foreign model can be transplanted in the Indian conditions. We can, at best, adopt the principles which guided their march to self-reliance. To reduce those principles to one maxim, we must have a financially viable long-term plan to achieve self-reliance instead of making sporadic and disjointed efforts, not followed up assiduously.

Enquiry for Greater synchronisation must for Atmanirbharta in defence production