Economic times of Japan: All that glitters is not gold

Japan has kept COVID cases low, but it needs a far greater push to revive its economy, with weak outlook across manufacturing, services, trade and domestic consumer sentiment. Government has to spend heavily to boost household expenditure and the services sector.

• Japan has secured a key win against the COVID-19 pandemic, but recent macroeconomic and trade indicators are not in is favour. According to the business confidence index, Japan is struggling with a decadal low when it comes to business sentiments.
• Juxtaposing the above argument, Japan’s PMI (Purchasing Manager’s Index) for the manufacturing sector declined slightly from 38.4 in May to 37.8 in June. In fact, employment in Japan fell sharply in June than compared to May.
• Major markets for which Japan’s exports declined include US, South Korea, Thailand, Germany, India and Indonesia. With respect to India Japanese exports declined by US$ 700 million from March to May.
• Japan’s imports from India too reduced from US$ 0.46 billion in March to US$ 0.21 billion in May. Products like marine, mineral oils, organic chemicals, pearls & stones experienced a decline in Japanese imports from India, but pharmaceutical imports surged by  US$ 4 million. 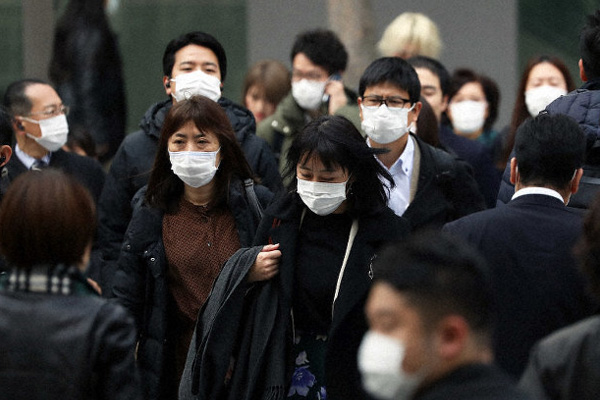 It was not too far ago when Japan was one of the first few economies to experience the ill effects of COVID 19 during March till mid-April. But by the time we reached July, Japan seems to have successfully sheltered itself from this pandemic with a significantly low number of cases. This has been ensured through strict implementation of policies like contact tracing, mass testing and avoiding public gathering. With total deaths touching 1,000 and 22.5 K total cases, Japan’s citizens may well be in the pink of health. But the same cannot be said for its economy.

Juxtaposing above argument, Japan’s PMI (Purchasing Manager’s Index) for the manufacturing sector declined little from 38.4 in May to 37.8 in June due to reduction in manufacturing of products. In fact, employment in Japan fell sharply in June compared to May. While services PMI in June is ameliorating, the index value remained much below the potential. From 26.5 in May to 43.2 in June, it is still below 50. Employment in services sector is not getting better either due to lack of demand, both domestically and globally.

For products imported by Japan, the sharpest decline was seen in crude oil, which plunged by US$ 4.4 billion, followed by natural gas, coal, cell phones and light oils for fuel. As per the products exported, automobiles experienced the maximum decline from March to May, which is by US$ 7.8 billion, almost 40% of total reduction in exports. Accessories for automobiles too fell sharply which is understood. Other products whose exports from Japan dropped include semiconductors, electric machinery, plastics, iron & steel and inorganic chemicals.

There is clear evidence that Japanese trade has been badly affected due to COVID-19 apart from its domestic macroeconomic indicators. The same goes for its tourism sector. Due to Olympics 2020, around 40 million tourists were expected which now is postponed to next year. Current cancellations in auxiliary sectors due to postponement of the Olympics is costing approximately 0.5% of Japan’s GDP.

Already, there is contraction in the Japanese economy by 0.6% during Q1, 2020. Estimates of Q2 will be released in the second week of August, but looking at these macroeconomic and trade indicators, the GDP may contract additionally by 1.5-2%, as the manufacturing sector is apparently static; leading to negative business confidence index and escalation of unemployment rate.

However, the one major macroeconomic indicator which brings a small ray of hope for the Japanese economy is consumer confidence index of June 2020. There is a slight improvement in this index as the value surged from 24 in May to 28.4 in June, signalling a positive growth in domestic consumption from households. But due to increasing unemployment rate, this trend might not be sustain for the coming months. Anyways the figure is less than 50, which means the economic outlook is still gloomy.

Japan is a thrifty economy where interest rates are at nearly 0.5% and consumerism is not robust. What exactly can pull this economy out from sluggishness is its services sector combined with expansionary fiscal policy. Government has to spend heavily to boost household expenditure and services sectors including tourism. Practically, expecting immediate gains from high-end technology exports may prove to be an exercise in futility, considering the weak demand sentiment in the global market.

Enquiry for Economic times of Japan: All that glitters is not gold