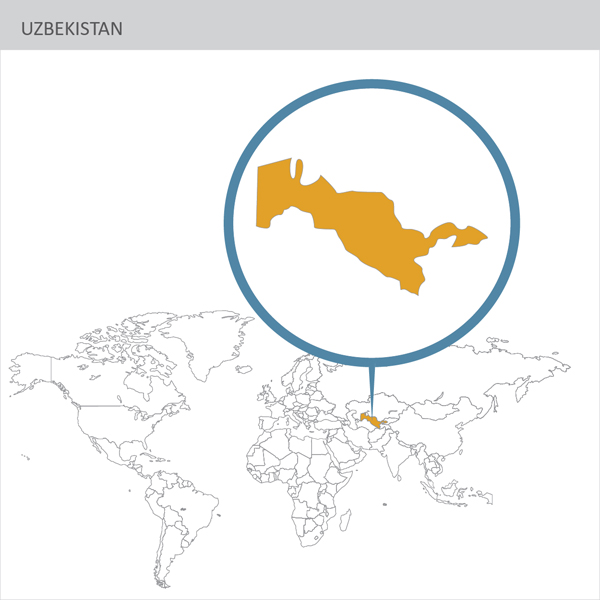 Uzbekistan spent most of the past 200 years as part of the Russian Empire, and then of the Soviet Union, before emerging as an independent state when Soviet rule ended in 1991.

Under authoritarian President Islam Karimov, who ruled from 1989 until his death in 2016, Uzbekistan was reliant on exports of cotton, gas and gold to maintain its rigid, state-controlled economy. President Karimov’s successor, Shavkat Mirziyoyev, has made efforts to break Uzbekistan out of its international isolation and economic stagnation, but has yet to initiate any serious political liberalisation.

Uzbekistan is the 89th largest export economy in the world and the 96th most complex economy according to the Economic Complexity Index (ECI). In 2017, Uzbekistan exported US$ 8.38 billion and imported US$ 11.2 billion, resulting in a negative trade balance of US$ 2.84 billion. In 2017, the GDP of Uzbekistan was US$ 49.7 billion and its GDP per capita was US$ 6.87k. 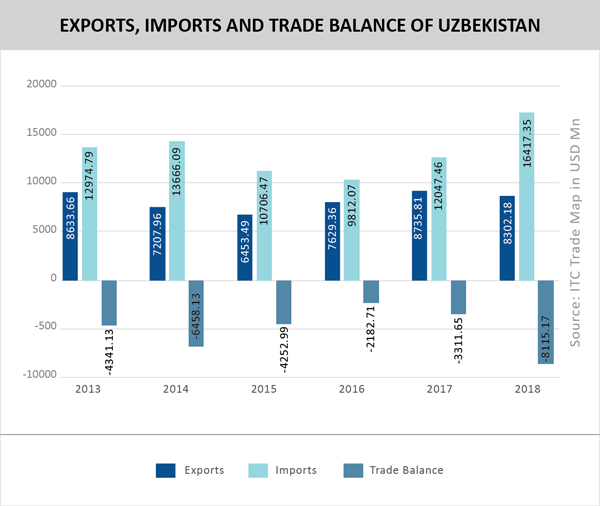 The economy of Uzbekistan has an Economic Complexity Index (ECI) of -0.847 making it the 96th most complex country. Uzbekistan exports 110 products with revealed comparative advantage (meaning that its share of global exports is larger than what would be expected from the size of its export economy and from the size of a product’s global market). 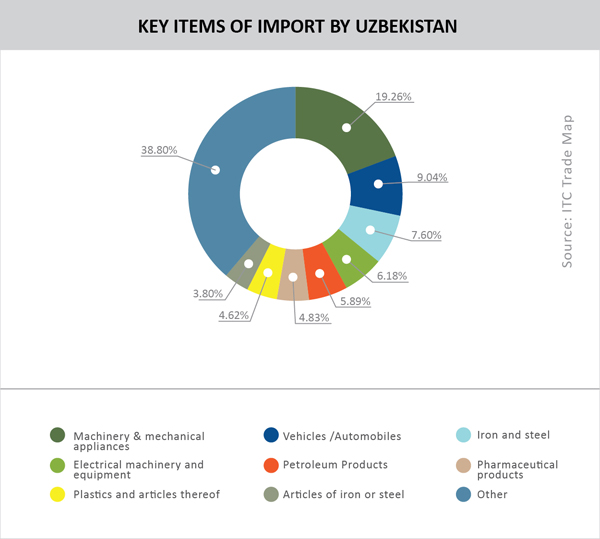 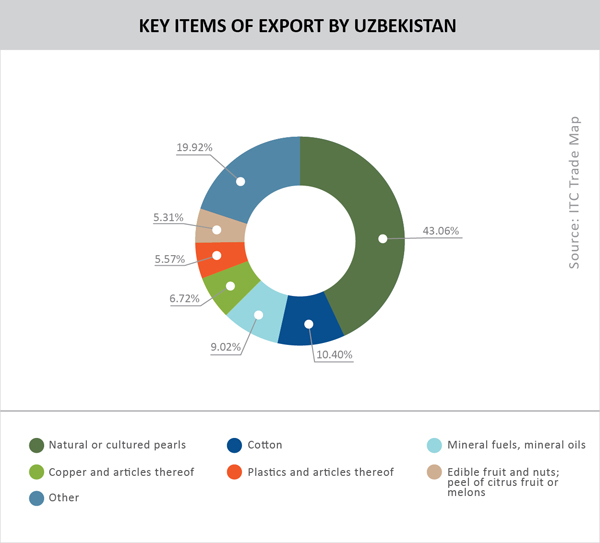 Top Indian exports to Uzbekistan include pharmaceutical products, mechanical equipments, vehicles, service, optical instruments and equipment, while imports are dominated by fruit & vegetable products, services, fertilisers, juice products, extracts and lubricants. Exports from India to Uzbekistan stood at US$ 132.72 million during 2017-18, growing by 21.8% yoy. On the other hand, imports from Uzbekistan stood at US$ 101.67 million, growing by 118.45% yoy.

Last year, India and Uzbekistan signed 17 agreements across a comprehensive range of sectors including defence training, nuclear energy and military medicine. The two sides set a bilateral trade target of US$ 1 billion.