Cashew industry: Is the tide turning?

India, being the second largest exporter of cashews (shelled, in shell) after Vietnam, has seen a negative CAGR of 16% between 2017 and 2021, in line with the global trend. But the industry needs to tackle key concerns of high processing costs and increasing competition by encouraging mechanisation and value addition.

This can help reverse the decline and enable the industry to capitalise on new opportunities, particularly with the rising preference for vegan diets encouraging for protein-rich nut and nut-infused foods in the coming years. 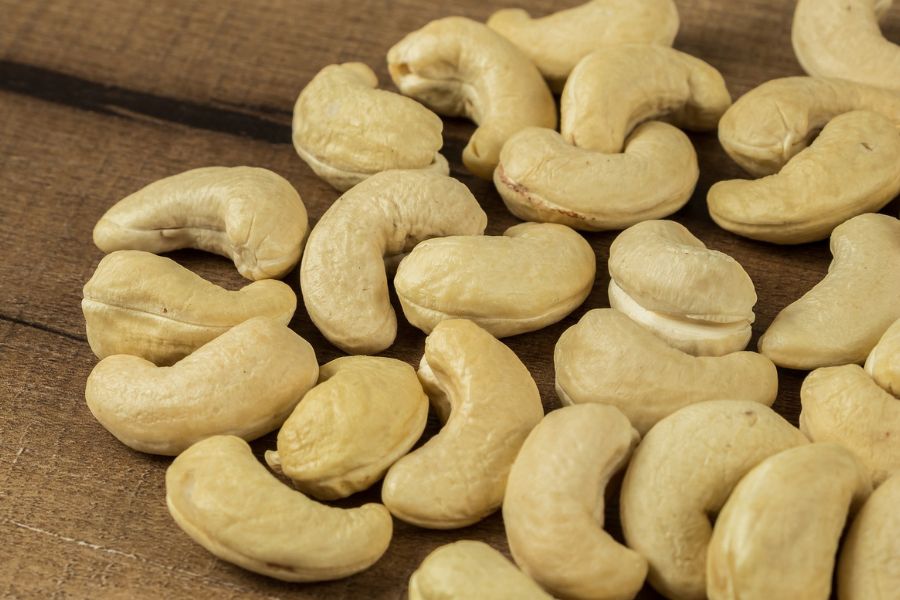 Cashew (Anacardium Occidentale), originally introduced by Portuguese in India in 16th century, has gained high economic value and eventually attained a status of an export oriented commodity. The industry has grown to employ more than 10 lakh people on farms and factories in rural India. With coverage of a total of 0.7 million hectares of land, Maharashtra, Andhra Pradesh, Orissa, Karnataka and Tamil Nadu are among the top producing states.

Cashew* has huge economic significance as a commodity of export and a labour intensive industry. India has recorded a decrease in cashew nuts (shelled/in shell) exports to a value of US$ 466.38 million in 2021 from US$ 958.76 million in 2017. India, being the second largest exporter of cashews (shelled, in shell) after Vietnam, has seen a negative CAGR of 16% between 2017 and 2021. According to ITC Trade map estimates of 2021, UAE (with India having 92% share in its imports); Japan (58% share) and Saudi Arabia (53% share) are India’s top export markets for cashew nuts, both in shell and shelled. 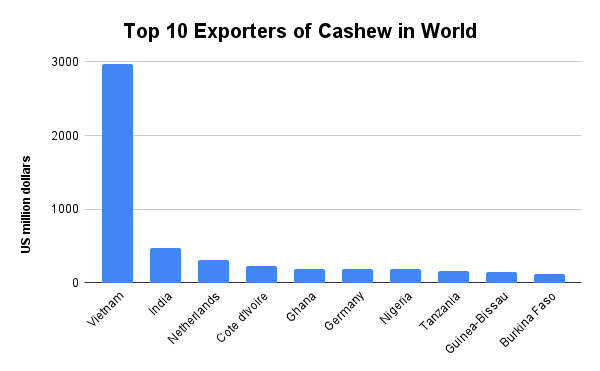 Notably, India has witnessed a negative CAGR across its top 10 export markets of cashews between 2017 and 2021 except in Vietnam (18%). 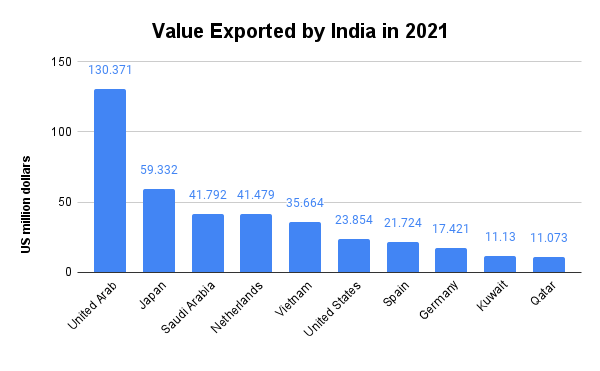 In this research paper, we analyse the current size, growth and potential for Indian exports among a smaller subset of the top 10 global importers of cashew nuts (shelled, in shell, based on exported values in 2021).

The leading import markets for cashew nuts where India has been unable to mark a significant presence are: France (US$ 133.39 million); Canada (US$ 109.637 million); China (US$ 203.61 million) – all having Vietnam as their leading exporter. The US and Germany, the largest importers, also source the most from Vietnam itself. 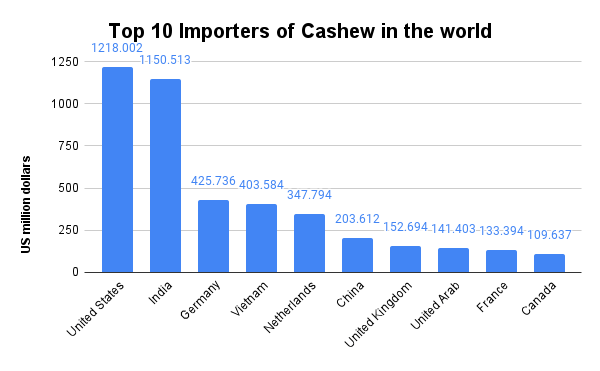 China is the fastest growing import market for cashew nuts among the top 10 countries between 2017 and 2021, growing at a CAGR of 37% followed by France (4%). All the other top 10 importers have experienced a decline in cashew imports.

Top 10 Importers of the World

India could not maintain a positive CAGR over a span of 4 years for cashew exports in its top import markets, except in Vietnam. On year-on-year basis, among its top 10 importers, India has seen an increase in exports to UAE, Vietnam, Qatar, US and Kuwait in 2021.

Out of these markets, we have selected Vietnam for a deeper analysis into Cashew (in shell/ shelled) due to positive CAGR for exports from India and a relatively less share of India in its imports. On a broader level, we have experienced a 0.98% YoY growth in exports of edible fruit and nuts (HS 08 code) to US$ 37.78 million in 2021-22.

On diving deep, in 2020, Vietnam has imported Cashews (in shell/ shelled) worth US$ 1.56 billion from all over the world, the highest recorded from Côte d’Ivoire (US$ 581.424 million). Import CAGR (2016-2020) of Vietnam has decreased. But its imports from Cambodia have increased at a CAGR of 25%, which is also among the top exporters to Vietnam. India’s cashew exports to Vietnam were valued at US$ 35.66 million in 2021.

With relatively backward cultivation technology in Vietnam, cashew cultivation is still dominated by small scale farmers and lacks in large scale production. Indian quality of cashews is considered to be much better than Vietnamese cashew. Being a labour intensive sector, India has a comparative advantage over other nations. However, a key concern is the cost of processing of cashew in India, which is four times higher than Vietnam. Competition is also increasing from other producers, including Guyana, Mozambique, Tanzania and Ivory Coast who have started a Competitive Cashew Initiative.

COVID-19 had a very negative impact on distribution channels for the cashew industry, and greatly hampered value addition. This made availability of end-products of cashew nuts in the market difficult, as revealed in a report by Mordor Intelligence. Due to delays in collection and shipment yields were lower than normal, further reducing overall supplies. However, as the pandemic lifts, the growing trend of vegan and plant-based diets is a positive for nuts and nut-infused foods, thanks to their protein content. Steps for incentivising the cashew industry and encouraging greater mechanisation of production can help Indian cashew producers reverse the declining export trend and tap these emerging opportunities aggressively.

Enquiry for Cashew industry: Is the tide turning?