Asafoetida or hing has been a staple of Indian kitchens as well as Ayurvedic medicine. But unknown to many, it has never been a part of India’s rich agricultural bouquet. Recent efforts to finally grow the spice in India can potentially reduce import costs, while also providing an incentive to boost value added exports. 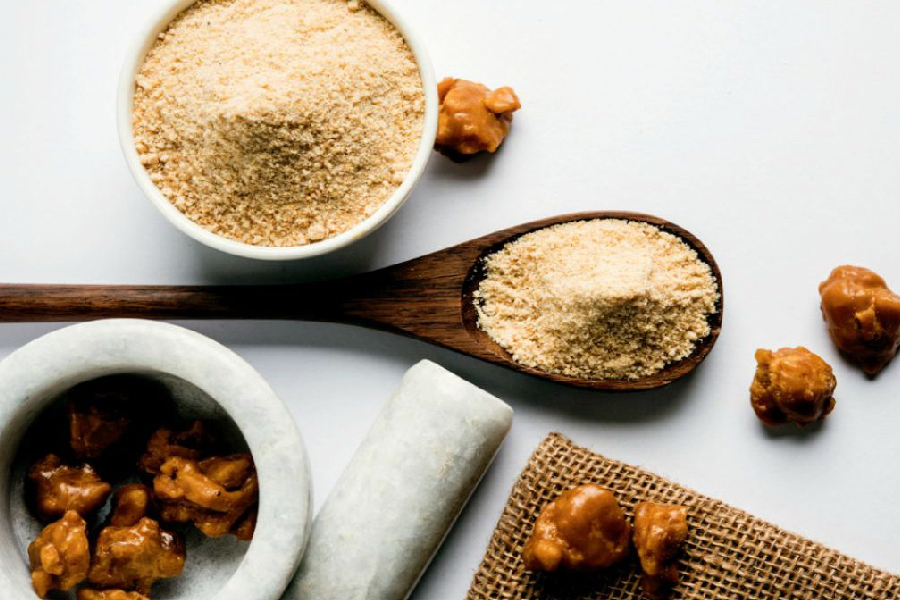 As a common staple of Indian kitchens, asafoetida is also known as the food of the gods for its myriad health benefits. Asafoetida is a dried sap obtained from the exudates of the roots of the plant named Ferula asafoetida. Here, the Latin name ferula means “carrier”, asa means “resin” and foetidous means “smelling, fetid”. In the HS code classification, the product falls under the 6 digit HS code 130190. In India at 8 digits, the product has individual identification at HS code 13019013. Asafoetida is identified with different names in different languages including aza (Greek), hing (Hindi), mvuje (Swahili), teufelsdreck (German), awei (Chinese), anghuzeh (Farsi) and many more. According to a Technavio research report, the global market of asafoetida is expected to grow at a CAGR of 6% from 2019 to 2023.

Focusing on health, asafoetida is proved to be beneficial for human body. It is good source of antioxidants and thus helps in protecting the body form chronic inflammation, cancer, type 2 diabetes and heart disease. Also, it helps in curing indigestion and irritable bowel syndrome. Other possible benefits of asafoetida involve protecting brain health, lowering blood pressure, anti-bacterial and anti-fungal effects, and many more.

The main countries where asafoetida is produced are Afghanistan, Baluchistan, Turkmenistan, Iraq and Iran.

In India, asafoetida can be found in every kitchen with the name of Hing. Its usage in the country is common across regional cuisines as well as Ayurvedic medicine. However, the product has been brought to the country mainly through imports to satisfy the domestic demand. Total imports of asafoetida in India amounted to US$ 132.9 million, growing at a CAGR of 15.34% between 2014-15 and 2019-20. Source: Department of Commerce, figures in US$ Million for 2019-20

Afghanistan has been the largest exporter of asafoetida to India with the share of 98.19% in India’s total imports of the product in 2019-20. On the other hand, exports of this product by India to the world amounted to US$ 8.63 million in 2019-20. India’s importers of asafoetida usually purchase it in raw form and then add value by converting it to a compounded form, which is then exported to the rest of world. In the past five years, exports of asafetida have grown at a CAGR of 5.13%, and India counts UAE, US, Saudi Arabia, Singapore and Malaysia. Source: Department of Commerce, figures in US$ Million for 2019-20

Export markets for asafoetida from India

It has been reported that the India’s total consumption of asafoetida is 40% of the world’s production of the product. Industry players have affirmed that the demand for asafoetida has remain constant even during the COVID-led the nationwide lockdown. However, until recently, no effort had been made to produce asafoetida in the country.

However, some laudable initiatives are being taken to produce the product in Himachal Pradesh, India. In October, 2020, scientists of Council of Scientific and Industrial Research (CSIR) – Institute of Himalyan Bioresource Technology (IHBT) announced the plantation of 800 saplings of Ferual asafoetida in Lahaul and Spiti. For the production, the seeds were imported from Iran in 2018. This project is expected to show benefits from the fifth year after plantation.

The cultivation of plant ferula asafoetida needs cold and dry conditions. Some places that are suitable for the crop in India are Lahaul and Spiti, Ladakh, parts of Uttarakhand and Arunachal Pradesh. The director of CSIR-IHBT commented:

“It’ll cost farmers nearly Rs 3 lakh per hectare over the next five years and give them a net return of minimum Rs 10 lakh from fifth year onwards. In collaboration with state governments, we will provide support to farmers with finance and technical know-how. It’ll be a game changer for farmers in cold desert region of the country.”

This is a critical step in the direction of self-reliance for Indian agriculture.

Domestic production will benefit the asafoetida businesses in India. Importing the product from countries like Afghanistan carries its own costs. Import from Afghanistan implies crossing the Wagah border for which Pakistan’s approval is required – importers try to avoid this route due to tense bilateral relations, and have to resort to more expensive aerial transport. Thus, planting asafoetida in the country would give relief to the importers from this cost, and local sourcing will provide an incentive for raising exports of the commodity.