• The global tally of special economic zones has increased to nearly 5,400, up from 4,000 five years ago, and more than 500 new SEZs are in the pipeline.
• When firms concentrate their production in SEZs, they benefit from the presence of backward and forward linkages related to internal (firms located in SEZs) and external companies, thereby lowering the cost of moving final or intermediate goods.
• The share of SEZ’s exports as a share of India’s total exports has increased marginally by almost 4 percentage points in the past decade.
• Trade costs such as tariffs, transportation and insurance, as well as other border taxes and fees, accumulate when intermediate goods are imported, processed and then re-exported downstream in complex GVCs, going through various transformation steps in different countries. 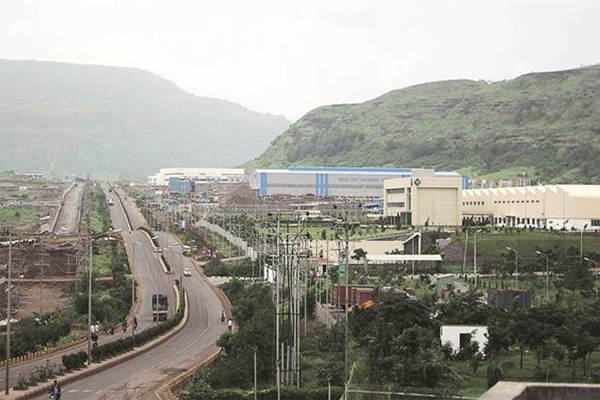 A new wave of industrial policies and increasing competition for international investment have sparked a boom in the establishment of special economic zones (SEZs). The global tally of SEZs has increased to nearly 5,400, up from 4,000 five years ago, and more than 500 new SEZs are in the pipeline. The industrial zones, which offer fiscal incentives and streamlined regulations to attract foreign direct investment (FDI), are common in most developing and many developed economies. More than 145 economies operate such zones today.

Special Economic Zones (SEZs) have become an increasingly popular instrument to promote economic development. Over the last two decades, in particular, SEZs have proliferated in emerging and transition economies. States promoting zones have sought to stimulate economic development both within and outside the zone. Within the zone, states aim to attract investment that will lead to new firms and jobs, and to facilitate skills and technology transfers. Outside the zone, states aim to generate synergies, networks, and knowledge spillovers to foster additional economic activity.

Most SEZ policies feature special fiscal incentives for firms that locate in SEZs. Fiscal incentives are rules- and legislation- based, aimed at reducing taxes for companies and sometimes for key employees. Incentives take the form of reduced corporate taxes or tax holidays; investment tax credits or accelerated depreciation allowances to encourage capital formation; or sometimes lower import taxes and tariffs.

Financial incentives are also offered to attract companies or to induce them to invest. SEZs tend to compensate investors for the disadvantages of a particular location via special infrastructure developments, job training, expatriation support, or even wage subsidies. Also, when firms concentrate their production in SEZs, they benefit from the presence of backward and forward linkages related to internal (firms located in SEZs) and external companies, thereby lowering the cost of moving final or intermediate goods. The agglomeration of firms in SEZs is expected to lead to technological spillovers.

The incentives and facilities offered to the units in SEZs for attracting investments into the SEZs, including foreign investment include:
• Duty free import/domestic procurement of goods for development, operation and maintenance of SEZ units
• 100% Income Tax exemption on export income for SEZ units under Section 10AA of the Income Tax Act for first 5 years, 50% for next 5 years thereafter and 50% of the ploughed back export profit for next 5 years (sunset clause for units is effective from April 1, 2020)
• Exemption from Central Sales Tax, Exemption from Service Tax and Exemption from State sales tax. These have now subsumed into GST and supplies to SEZs are zero rated under IGST Act, 2017.

In the past decade, the share of SEZ exports as a percentage of India’s total exports increased marginally by almost 4 percentage points. This is the outcome when FDI and other incentives are becoming lucrative and business friendly. Thus, it clearly indicates that still our SEZs are underutilized and can augment India’s exports with requisite policy actions.

The government should aim to simplify the investment approvals and expatriate work permits, remove the required import and export licenses, and accelerate customs inspection procedures and automatic foreign exchange access. Special consideration should be given for multi-product SEZ to protect and promote various traditional exports from the country since the zones are given special incentives and other facilities.

The Special Agricultural Zone (SAZ) should be encouraged by the Government of India to encourage farmers to use the latest technology for providing better facilities in the specially carved out zones. The SEZ policy and rules have offered a highly conducive investment scenario for investors and developers. They have been offered various tax benefits and incentives in order to motivate them to bring in more investments, which will on the other hand impact on the growth of the SEZs in a positive manner.

The geographic advantage of border SEZs is their proximity to targeted foreign investment and foreign markets, especially for specialized export-processing zones. After its initial success with SEZs in eastern coastal areas, for instance, China established SEZs in its less developed regions near borders to boost local economic development. Deepening regional integration has also accelerated the development of border SEZs. Regional development initiatives and cooperation programmes have promoted the establishment of SEZs along regional economic corridors. Also, SEZs have been instrumental in the development of GVCs and, as policy tools, in boosting countries’ participation in GVCs.

Trade costs such as tariffs, transportation and insurance, as well as other border taxes and fees, accumulate when intermediate goods are imported, processed and then re-exported downstream in complex GVCs, going through various transformation steps in different countries. This might turn into an efficient policy action for India to proliferate its SEZs role in burgeoning exports.

Enquiry for SEZs in India: Need for policy review