Railways privatisation is a welcome step to improve capacities and bring in differentiated services for customers. But global experiences show that it is best to approach the exercise in a slower, carefully calibrated manner to ensure checks and balances along the way. 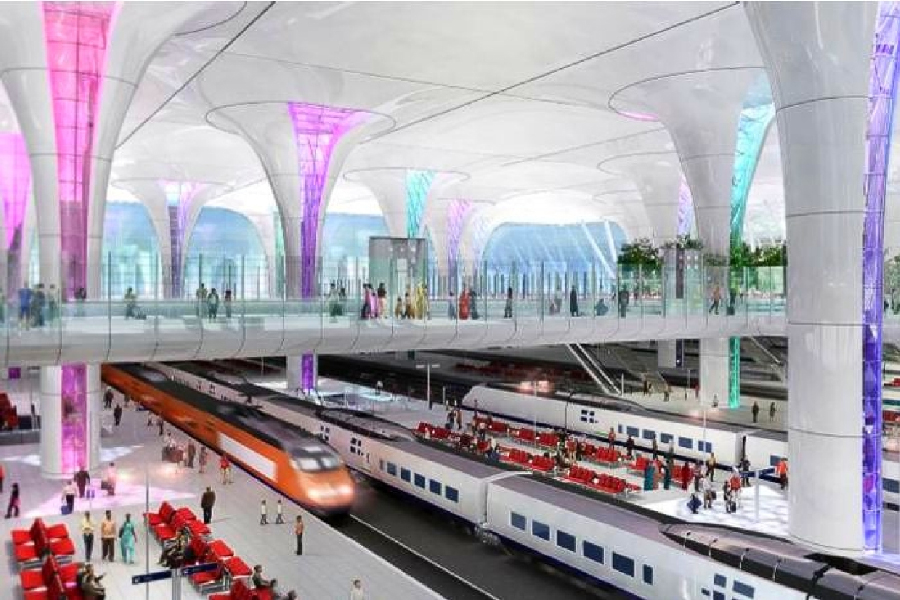 India has one of the largest railway systems in the world with a total route length of 67,415 km as per 2018-19 estimates. Furthermore, the railways carried 8,439 million passengers and employed 1,227 thousand individuals in year 2018-19. Initially, in the 19th century the railway system was private and was nationalised in 1951, making the whole system as one unit.

Source: Ministry of Railways (Railway Board)

In July 2020, the government started an initiative to privatise the railways and invited Request for Qualification (RFQ) from private companies. The privatisation project includes introduction of 151 passenger trains to operate on 109 origin-destination pairs of routes. The trains would be brought in and prepared by the private operators. The project is expected to attract private sector investment of around Rs. 30,000 crore, and the trains are expected to commence operations by 2023.

Private players would be responsible for the procuring, maintenance, operation, and financing of the trains. Some of the companies that have shown interest in this project are Alstom Transport, Bombardier, Bharat Forge, IRCTC, BEML, Vedanta, Bharat Forge, Sterlite Power and L&T infrastructure. One of the reasons cited for introduction of the privatisation is lack of supply to accommodate the excess demand. As per Railways Board, there has been a lack of accommodation for 5 crore passengers during 2019-20 and there was 13.3% more demand for travel than supply during the summer and festive seasons. The step is expected to address the demand-supply shortage, bring in modern technology and reduce the transit time.

Talking about the possible benefits, Prof. TS Ramakrishnan, railway expert, believes that the companies should be allowed to come out with imaginative products that are worth the money. He points out that the Volvo has improved the quality of bus services in India in the past 10-15 years. Volvo, a private company, brought in buses in the country with space for luggage storage and more number of seats and changed the structure of buses in India for better. Railway Board Chairman V.K. Yadav opines that the fares would not rise as the private operators would need to compete with AC bus and air travel fairs. Furthermore, 95% of trains in Indian railways would be operated by government for which fares would not rise. Thus, it is expected that the common man would be befitted with better facilities at similar prices.

Learning from the world

The UK government privatised the maintenance of infrastructure, passenger and freight operations, rolling stock maintenance etc. as separate activities. However, a few years later a big tragedy took place involving human causalities and it was found that the ‘Network Rail’ was cutting corners. With high prices for unreliable services, the UK railway privatisation has proved to be unsuccessful. In the past, it had been found that the subsidies provided by the UK government to the private railway companies were paid to shareholders as dividends. Furthermore, UK fares are now among the highest in Europe as a result of privatisation.

On the other hand is Japan’s privatisation of railways, which has shown significant success in the past years. In Japan, the railway network was split up along regional lines and then everything was sold together. So, the Japanese railway did not face the problem of lack of accommodation between different operations, which the railway system of UK experienced as a result of separate activities operated by different companies. Furthermore, the JRs in Japan also earn revenue from commercial and real estate businesses which allows majority of the railway network of the country to operate without subsidies.

Also, the Japanese government has regulated prices, preventing them from rising above a certain level. Thus, one possible learning can be that privatising the railway operations geographically, which worked in Japan could be better than privatising by splitting up operations which proved to be a failure in UK. Also, regulating fare prices and ensuring competition in every route is essential so that consumer interests are not exploited. Safety-related issues in other markets also emphasise on the need for a robust regulatory framework wherein stringent penalties need to be extracted from players. Finally, the roll out of the railway privatisation in India should be taken in a measured and well considered while learning at each step so that the rectifications can be made as required.