Maldives Election Results: What it means for India as new dawn emerges on Maldivian archipelago 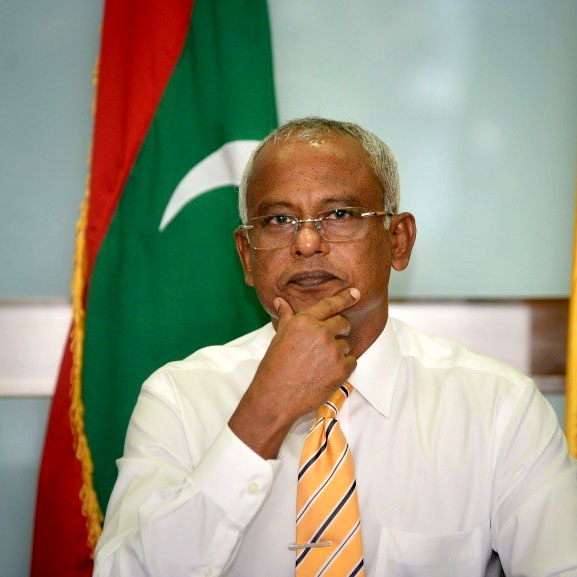 Winds blowing from across the mighty Indian Ocean have brought a great change in the Maldivian archipelago. A new dawn has emerged in this tropical nation comprising of palm-fringed islands, merely 523 km southwest of India’s southern tip. The win of opposition candidate Ibrahim Mohamed Solih in the Presidential election in the Maldives is being seen as a new era of democratic revival that could push the island country closer to India. The Presidential elections were to elect the Head of Government in Maldives but they have been so consequential and of such strategic importance that some analysts are already seeing it as India’s diplomatic win over China.

As the results poured in, hundreds of people gathered outside the main opposition campaign centre in Male, chanting ‘Ibu, Ibu, Ibu’ – the newly elected President is more commonly known by the nickname ‘Ibu’ – and Solih announced that his priority will be to unite the country after years of heavy-handed rule under Yameen, who is yet to concede defeat. Exiled former President Mohamed Nasheed, once very close to India and who was ousted by Yameen in 2012 and later forced to go on exile, too showed his elation by Twittering that Solih had done “an extremely good service” to the people of Maldives.

Yameen’s tenure as President was marked by eroding of democracy, cracking down on dissent and jailing opposition leaders. In 2016, the Maldives withdrew from the UK Commonwealth after the association of former British colonies threatened to suspend it for chipping away at democratic institutions. He even defied a Supreme Court ruling that ordered the government to reinstate opposition MPs and release political prisoners. The two Supreme Court judges who gave the verdict were imprisoned and emergency imposed. During the run-up to the polls, the election police even raided the office of Solih, the consensus Opposition candidate, to ostensibly “investigate acts of bribery” but found nothing.

Significantly, India refused to act beyond calling the imposition of emergency ‘disturbing’ despite Mohamed Nasheed urging India to take military action against Yameen to prevent, as he put it, Maldives being sold off to China “piece by piece, island by island”.  Pressure on India to act was not only from Maldives former president but international pressure too was mounting as Yameen’s open betrayal of age-old relationship and landing in China’s lap was putting question mark on India’s role as the net security provider in the region.

Most ‘disturbing’ for India was Maldives under Yameen becoming intimate with China to such an extent that at one point the Yameen government asked India to withdraw its military helicopters and personnel and clamped visa restrictions on Indian nationals despite New Delhi’s traditional role as prime civilian aid provider and its age-old ties with Maldives. No visas were issue to Indian journalists in the recently concluded elections.

In recent days Yameen had become increasingly hostile towards India. Given the fact that Maldives lie within India’s traditional sphere of influence and its atolls span the critical trading and shipping routes that provide access to India’s energy resources and also form the backbone of global trade across Indian Ocean, Maldives deepening ties with China under Yameen were an open threat to India’s security interests.

India’s stoic silence has, however, paid off. After two years of tetchy relations between India and the Maldives, the recently concluded elections could open new chapter in bilateral ties. But it is easier said than done. Despite Solih’s promise to “reassess” Chinese projects, his hands  are to be tied due to the huge debt  trap  that Maldives has fallen into, under five years of Yameen’s rule. Presently, 70 per cent of Maldives’ external debt is to China. China has got deeply entrenched in Maldives during the last five years and it can easily take unseating of Yameen in its stride.

Though Solih would definitely attempt to restore normalcy in India’s age-old ties with Maldives, he cannot wane away China easily considering the massive debt that his country owes to China, due to which it has to pay $92 million a year in repayments to China, roughly 10 per cent of Maldives entire budget.

It is not possible for India to indulge in cheque-book diplomacy which China practices that has enabled it to create debt-traps for countries with weak economies. China will surely try to put both sticks and carrots in Solih’s way to prevent Maldives from veering back into India’s sphere of influence.

It is likely that this ongoing head-to-head fight for gaining influence in Maldives is sure to spill out of the confines of this  tiny archipelago and become a  major factor in the great  power game.

A choice for India is that it could take help of the US’s planned setting up of a $60 billion agency to counter China in developing world and use this to assist the new government in infrastructure development and meeting its foreign debt obligations, including by extending low-interest credits to pay off Chinese loans. Maldives’ autonomy from debt entrapment will be vital for India’s neighbouring country to take independent decisions.

Enquiry for Maldives Election Results: What it means for India as new dawn emerges on Maldivian archipelago