Government or industry – Who picks the baton on employment?

In the current milieu, India is facing a dual challenge of low economic growth and high rates of unemployment. The resultant low levels of consumption further create a vicious cycle. The key to reviving employment is to spur investment from the industry in low-productivity sectors and further boost the startup ecosystem. In the long-term, the focus needs to be on investment in skills, education and R&D. 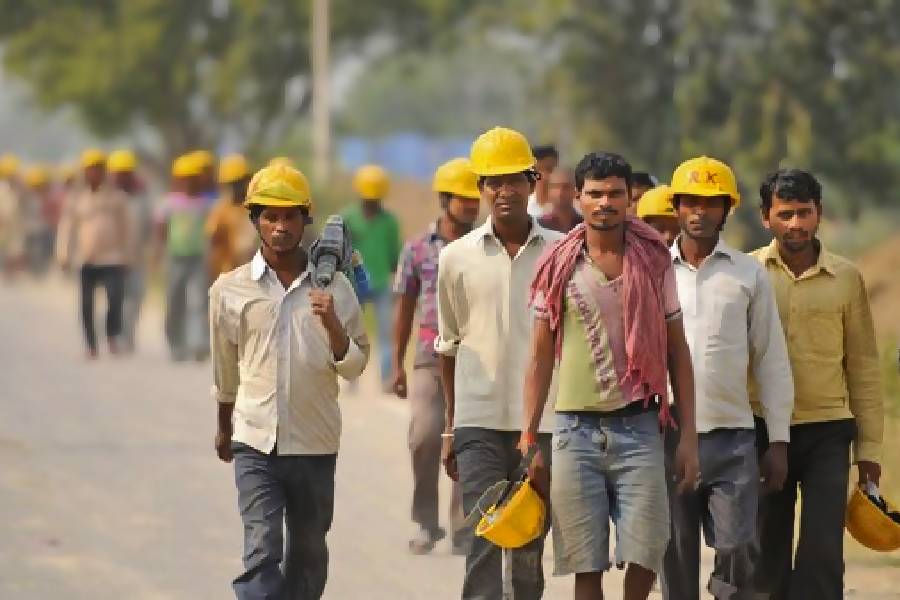 A few years ago, a rise in unemployment from 3.8% in 2012-13 to 5% in 2015-16 was considered a scary figure, even as the economy grew by 7%. Post-COVID, the unemployment figure reached an all-time high of 23.52% in April 2020. This has recovered substantially to 6.98% in October 2020. However, attention has shifted significantly to the government to ensure that the economy revives quickly. Around 10-12 million youngsters are added to the formal economy every year. Employing them becomes an onerous task, which is expected to get even tougher considering the uncertainties in the job market with the eventual rise of technologies like automation and AI.

It is an insidious assumption that if the government undertakes any infrastructure generation programme, at least some of the population would get employed. However, what gets missed is the fact that any such programme has to get financed either through tax – corporate or income – or borrowing, and these come from pockets of people and corporations. When income tax is the financing source, it leads to a lower disposable income of individuals, resulting in low expenditure on consumables like appliances and clothing, and ultimately the obvious response from the private sector – lay-offs. These layoffs are much larger than the employment created (equivalently, the tax revenue realised) through channelising of government funds into infrastructure.

If the source of financing is a corporate tax, then too, it is liable to lead to high prices, low real wages, and fewer returns for investors – resulting in net unemployment. Similarly, borrowing from RBI results in inflation, impacting purchasing power of individuals, reducing employment and via increase in costs of loanable funds, lowering private investments through the same pathway.

The government’s major focus areas should be providing for public services like health, education, national security, police protection and administering the judicial system. Number of public employees per population in these areas could be considered a proxy of the kind of services being provided. While this number in Scandinavian countries is close to 6 per 100, the global average is 3.5 per 100. India, in comparison, is at a much lower level of 2 per 100. This shows that there is immense scope of job creation with investments in these areas.

If more services are provided, new jobs will be created, but it cannot be sufficient to resolve the unemployment situation. Here, the key is to understand why unemployment arises. When productivity is high (be it due to humans or technology), there is relatively little need of employing more people, as the same task can be performed by fewer people. But, if economic growth is so fast or the demand is growing at such a pace that more production can only take place by hiring new people, then unemployment declines.

Right now, demand is at a low and so is economic growth. But productivity is high, and that’s why there is unemployment. The pathway to come out of this conundrum is innovation or creation of jobs in sectors that are growing at a slower pace or investment in economy saviors – ‘businesses’ – as innovation takes time.

Companies require a business-friendly environment to prosper. Though they hire keeping in view the profit motive, they ensure that efficiency is maintained. If the future seems bleak, they shift focus on the adoption of ‘lean’ production methods i.e. using labour replacing, technologically intensive methods. Here comes the role of the government in utilizing India’s huge resource pool. The country still has a demographic advantage and youngsters are the veins of any start-up ecosystem. So the government needs to work towards fostering an environment that encourages setting up of new businesses that will help boost employment.

In India, the government’s role becomes all the more important, given that a majority of the population is employed in medium and small-scale enterprises, which are largely informal in nature. The major flip side of this is a lack of stable employment and non-wage benefits – which does not allow it to become a major job creator, once tackled can solve India’s employment problem.

Formalizing these informal businesses to ensure job stability can immensely change the employment landscape. The government can formalize informal businesses by getting them registered keeping in mind two issues. Firstly, the registration process, which currently involves multiple registrations – for GST, provident funds and ESI Corporation, and many more, requires simplification. Secondly, despite valuing acquirement of skills, so many firms don’t want to invest in on-the-job training; so establishing a portable national level programme to acquire apprenticeships in a firm could be a key.

Right now, the Indian economy is showing signs of revival through improvement in auto sector sales, rise in GST numbers, resumption of operations of industrial units, power consumption, railway freight collection, and export growth by about 5%. Services and manufacturing PMI (49.8%) are at their best since January 2012 and over the last five months respectively. However, the missing part is labour. The high unemployment numbers indicate that growth is happening without labour involvement. Such growth cannot be sustained as the spenders or real job creators, i.e. consumers will not have the income to spend. Hence, low productivity growth sectors like construction and healthcare can be immediate targets for raising employment numbers, with innovation through investment in education, skills, and R&D as long-term targets.

Enquiry for Government or industry – Who picks the baton on employment?