Foodgrain storage losses in India: Waste not, want not

India needs to properly assess and resolve the issue of losses in foodgrains in transit. Besides reducing wastage and improving the lot of farmers, this will also boost its growth prospects in the international market.

• Storage is the major cause of post-harvest losses for all kinds of food in India, which is estimated at around 15% by the Food Corporation of India.
• A key issue is the availability of surplus foodgrains with FCI, well above its buffer capacity. For instance, its rice stocks were at 21 MT in January this year compared to a buffer requirement of 7 MT.
• Use of scientific storage methods, privatisation and development of larger and better distributed storage infrastructure down to the village level will help improve the storage capacities.
• This will reduce wastage, keep farm produce less volatile to market fluctuations and also help India boost its foodgrain exports. 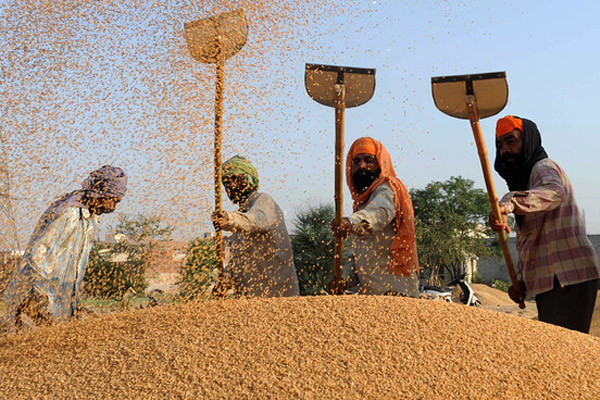 From a net food importer in the 1960s, India has taken great strides towards becoming self sufficient in food production. But this achievement also presents a dilemma of plenty, as the country faces challenges in managing this surplus production.

India achieved a record food grain and horticultural production of 281.37 and 314.67 million metric tonnes (MMT), respectively in 2018-19. Food and Agriculture Organisation of the UN (FAO) estimates that food loss and waste in India is at around 40%, while Food Corporation of India pegs it at 15%.

A study by National Academy of Agricultural Sciences (NAAS) concludes that storage is the major cause of post-harvest losses for all kinds of food in India. This is primarily discussed in the realm of fruits and vegetables, where India faces a critical deficiency of cold storage capacity – this belies the enormous potential of its processed food industry. As of March 2017, India had 7,645 cold storages having an aggregate holding capacity of 34.95 million tonnes. Around 57% of this is based in UP and West Bengal, and 75% of the cold storage capacity is used for potatoes. On the other hand, 30-40% of fruits and vegetables are estimated to be wasted due to lack of proper cold storage facilities.

While the situation in grains is supposed to be considerably better, the loss is significant enough to merit concern. India is estimated to have a record production of 291.95 million tonnes of cereals in 2019-20. Out of this, around 4.6-6% is lost, according to National Academy of Agricultural Sciences. This would still imply a loss of around 13-18 million tonnes, though experts caution that the loss could be higher. Out of 1,000 lakh MT of wheat produced every year, around 10% is lost due to improper storage methods. Most of the wheat is stored in bags in warehouses with many associated losses, including spillage, rodent attacks, bird droppings, theft/pilferage, etc. A strong thrust towards modern and scientific means of grain storage is essential.

Metal silos have proved to be successful alternatives for reduction in post-harvest grain losses in developing countries. But high procurement costs ranging from US$ 40-350 have been the major stumbling block to the adoption of silos in India. Bulk storage capacity in silos presently is just around 0.2 MMT, which needs to be ramped up aggressively. Due to the lack of storage facilities, farmers have to often sell their surplus produce at throwaway prices. Addressing this will also help keep a local buffer available in crisis situations such as the present pandemic, wherein ensuring timely availability of food supplies across regions is of utmost importance.

An even larger issue is the lack of storage space with the Food Corporation of India. It has food reserves well above the buffer norms, which further leads to food loss during storage. As of December 2019, FCI was holding 56 MT of rice and wheat and 26 MT of paddy (rice equivalent of 17 MT) in its own facilities. FCI’s rice stocks for instance were at 21 MT in January this year compared to a buffer requirement of just 7.6 MT.

Food storage costs have also been rising steadily, as the corporation is compelled to resort to temporary storage facilities like cover & plinth (CAP) or take warehouses on lease. Last year, around 8.79 million tonnes of wheat were estimated to be kept in such temporary storage facilities in Punjab alone. The economic cost of wheat and rice at present is estimated at Rs 2,505.67 and Rs 3,601.91 per quintal respectively. In comparison the price at which FCI supplies rice and wheat to states under NFSA is at just Rs 3 and Rs 2 per kg respectively.

“Data on actual losses is the first thing we should have. The official figure of losses is 4.6-6%. Even that is huge at around 5 million tonnes. We cannot afford to lose anything that we can save. Interventions need to be made right from the field.”

There needs to be a rapid scale up in the usage of metal silos, which can also boost our prospects in the international market. India set up its first metal silo in 1959 in Hapur, UP, but the concept only gained traction when FCI set up its first pilot project in 2006 on PPP basis. However, India still suffers from a severe deficiency in terms of silo storages as discussed earlier. Storing grains in silos is a widely acceptable method to ensure better and more scientific handling of grains.

Prof Gopal Naik, IIM Bangalore also agrees that scientific storage of grains will offer a major boost to exports. He comments to IBT:

“Scientific storages will help our exporters to keep the quality of the produce aligned with international requirements and will reduce losses. This will help in getting better prices in the international markets apart from savings from reduction in losses and rejections by importers.”

Furthermore, this will bring down the issue of Asymmetric Trade Opportunities for India’s exporters. India’s exporters have to take extra care in managing the supply chain properly to meet the requirements of the buyers, whereas in the international market, the produce is readily available. This implies an additional cost to our exporters, thereby reducing the opportunity to export.

However, huge silo storages are not a relevant solution for small farmers, whose production is often in the range of just 20-30 quintals. Dr Basanta Kr Sahu, Associate Professor, IIFT suggests that silos can be set up at the village or panchayat level, which such small farmers can use for a nominal price. He also feels that local and traditional channels of storage need to be given more importance.

Moreover, India needs to move away from the strategy of centralization of storage and overdependence on the FCI. The government’s repeal of the Essential Commodities Act is a vital step in this direction, as it will allow private parties, traders and farmers to store foodgrains. Earlier, this was a major roadblock preventing the agri sector from having excess storage.  It is also essential to relook at the open-ended procurement policy of FCI in the absence of an effective policy to liquidate the grain stocks, as suggested by the Commission for Agricultural Costs and Prices (CACP).

There is a considerable roadblock in liquidating the surplus stock with FCI. One option is towards food security, particularly in times of the pandemic. Prof Gopal Naik, IIM Bangalore, suggests that the government could look at strengthening the mid-day meal across the country. States could also provide ration on similar term as ration card holders to attract migrant labourers.

A major issue in liquidation is that India is a signatory to the WTO and the Agreement on Agriculture. If the government releases surplus stock to the market, it can invite action as a trade distorting subsidy. However, this does not stop the government from exporting it, when prices are at par with the world market, which can be aggressively pursued. Processing and value addition of this surplus stock can also be encouraged in a big way to ensure greater share of value added exports.

I would suggest we should allocate space below flyovers, bridge over rail etc for storage of free grain like in silos. These should be designed scientifically. Ease in shipment, bagging. see https://www.linkedin.com/pulse/kill-two-birds-from-one-ston

Enquiry for Foodgrain storage losses in India: Waste not, want not