Countries around the globe are striving to attain net zero emissions in their battle against climate change. Climate financing will be the best approach to attain this green target as countries help from advanced economies to developing nations through concessional finance and substantive debt relief will prove to be a win-win situation for both worlds. 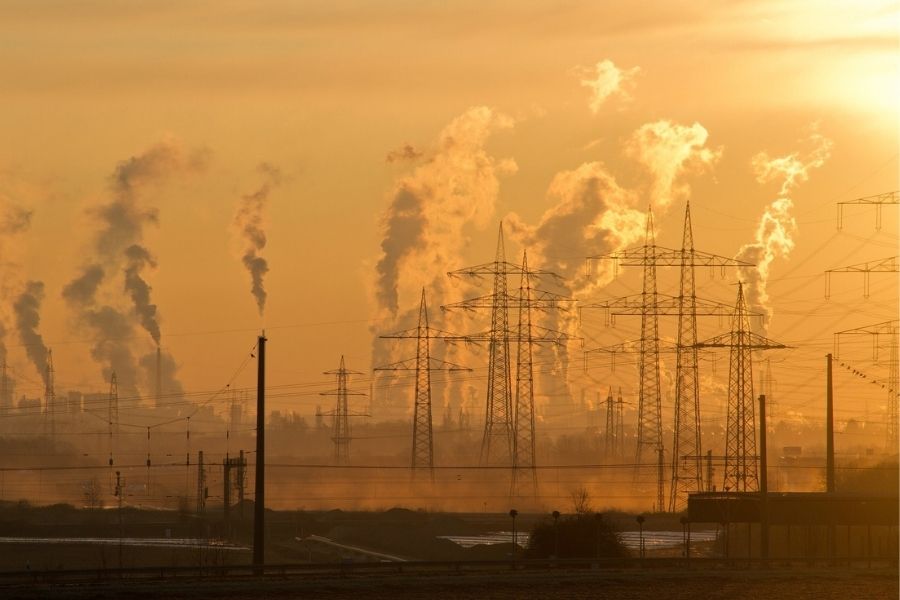 Just like a host of other issues, the war on climate change is also hostage to the ‘North-South’ divide. Over the years developing nations have expressed their concern on feeling pressurized by developed nations in meeting their green targets due to the apprehension that this could potentially hamper their growth trajectory. Most of the developing nations are of a view that developed nations such as US and EU are the real culprits behind most of the Green House Gas emissions, from the onset of the industrial revolution. But developing nations end up paying the bigger price of climatic change with frequent catastrophic heat waves, floods and droughts.

The drift became more apparent during the recent COP26 summit at Glasgow, Scotland, when the climate negotiating group of 22 LMDC (Like Minded Developing  Countries) including China and India, resisted the final draft and asked the Conference presidency not to adopt “mitigation-centric approach” for a 1.5 degree Celsius goal to ensure “collective responsibility” of all nations in the Glasgow agreement text, and requested him to completely eliminate the paragraph on mitigation measures.

Developing nations are calling out the affluent nations to bear the burden of cutting down on heat-trapping emissions of gases such as carbon dioxide, methane, nitrous oxide and fluorinated gases etc. Bolivia’s chief negotiator, Diego Pacheco, speaking on behalf of the LMDC group at the COP26 summit at Glasgow, Scotland highlighted that accepting the mitigation measure of net zero emissions by 2050 will be unjust & unfair towards developing nations. As countries are already grappling with various socio-economic issues that have been further aggravated by the COVID-19 outbreak, they will never be able to achieve the targets within the stipulated time frame and will be held socially and financially responsible. Thus, he said:

If we are going to accept net zero by 2050 for all countries, then the developing countries would be trapped in a very unjust way of addressing climate change. That is because only the developed countries will have the financial capabilities and technological capacities to achieve that target.

Source: The World Resources Institute featured in The Guardian

India on its part, was unhappy over the “prioritisation” of climate mitigation measures over adaptation in the draft text. It said that there is a need for maintaining balance between the finance and mitigation sections. It also insisted that there was “no need” to single out one fossil fuel, and that all fossil fuels should be phased out, with developed nations taking the lead. It maintained:

Developing countries should actually be able to use their fair share of the global carbon budget and they should be provided with finance, technology transfer and capacity for a just transition in the context of their sustainable development and eradication of poverty.

Under the COP21 Paris Agreement, it was decided that developed and affluent countries will scale up their level financial support towards developing nations for financial needs, technology transfer and capacity-building measures. The larger economies were urged to design a concrete roadmap to transfer US$ 100 billion annually by 2020 for mitigation and adaptation to developing nations. The draft text of COP26 Agreement mentions clearly that richer nations have failed in delivering the aid promised till 2020 and calls for a doubling of funds by 2025 to help developing countries adapt to the effects of climate change, including extreme weather and rising sea levels.

The current promises agreed upon by more than 150 countries under the Paris Agreement still points at rise in global temperature of 2.7°C from pre-industrial levels by the end of century. Even if the world limits warming to 1.5°C or 2°C, as outlined in the agreement, many climate risks will persist. Thus strong mitigation is the need of the hour, however to raise adaptation measures in the developing nations Climate Financing makes a compelling case for compliance.

It has been established that biggest game changer for developing nations in achieving net-zero emissions goal is “Climate Financing”. India, like other developing nations, is currently negotiating a longer life for its coal fired power plants, as currently 50% of its energy needs are fulfilled by thermal power. In countries like Europe, Tata Steel has decided against going for a carbon capture project to lower emissions and is, instead, exploring making steel through the electric arc furnace route using gas or hydrogen.

Shifting to climate-friendly fuels and technologies requires heavy financial support from domestic governments and protection initially so that the indigenous nascent industries can develop. This will promote interests of green technology using companies and offers some sort of protectionism. This is just one way of pushing companies to become climate-friendly. Another way is to make foreign investors follow ESG Principles, as forex forms important component of nation’s income. All those multi-national companies who do business across nations in this global setup will not be able to escape climate-related concerns.

The Adaption Gap Report 2021 by UNFCC  points out a unique opportunity for the nations to push the green agenda via fiscal instruments in the wake of post COVID-19 recovery to avoid adverse natural calamities in the near future. Also the final acceptance of COP26 commitment by developing nations to limit global warming at 1.5 degrees C above pre-industrial times, shows nations’ seriousness to tackle climate change, but they need to find balance between economic growth and climate change resilience.

There is also need to recognize “common but differentiated responsibility and respective capabilities” so as developing nations can their own due course to meet green targets and don’t feel unduly pressurized. Assistance from advanced economies to developing nations through concessional finance and substantive debt relief so that existing funds can be diversified to pursue green agenda, will prove to be a win-win situation for both worlds.