While discussing EU’s proposed Carbon Border Tax, Dr Saon Ray, Visiting Professor at ICRIER, feels that India must first understand and analyze the idea of the legislation, and its broader implications for various industries before expressing its opposition. 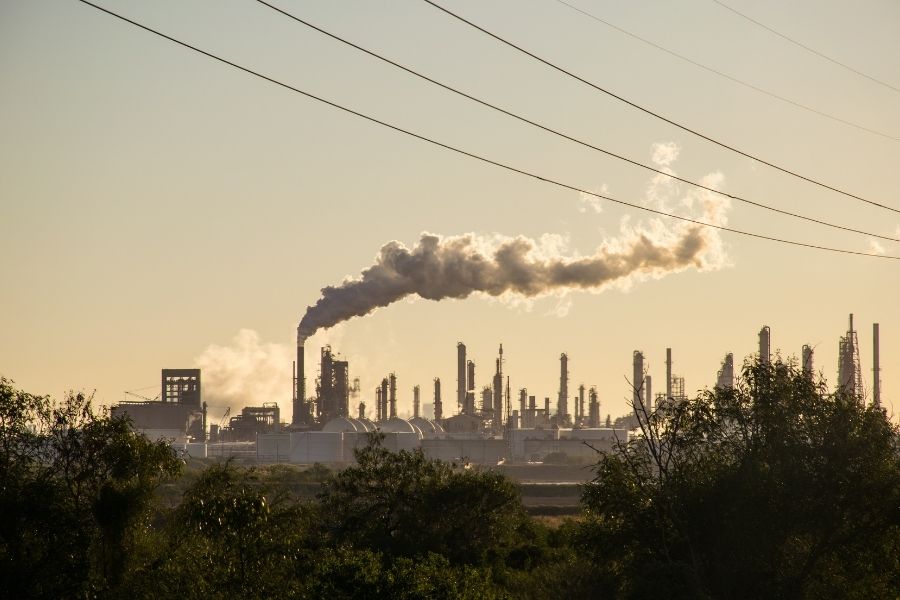 Climate change affects the daily lives of individuals as natural calamities such as forest fires and floods become increasingly common. The IPCC states that climate change is intensifying the water cycle, causing a rise in sea levels and amplifying permafrost thawing. For India, it expects the coming decades to be characterized by tropical cyclones, flooding, erratic monsoon, and intense heat stress.

Such changes are bound to hit trade. For example, frequent cyclones will create logistical challenges related to shipping products. Similarly, the rise in sea levels will have an adverse impact on marine ecology, thereby hurting India’s seafood exports. Thus, myriad sectors including agriculture, manufacturing and logistics will be exposed to the challenges that climate change brings.

Taking cognizance of this fact, the European Union is planning to go a step beyond the quintessential Paris accord. The proposition to impose the first trade restrictions in the world due to climate change are in the pipeline in the EU. This will take the shape of an additional ‘carbon border tax’ (CBT). The tax will be levied on imports from countries that do not have stern norms for controlling industrial greenhouse gas emissions. This is naturally bound to have an impact on foreign trade.

The EU introduced the idea of Carbon Border Adjustment Mechanism (CBAM) as part of the larger European Green Deal. Earlier this year, the EU had pledged to cut carbon emissions by at least 55% by 2030 as compared with 1990 levels and eventually reach a net zero target by 2050. In order to attain this, the EU is imposing some measures on both domestic and international producers. Therefore, the EU Parliament adopted a resolution to implement CBAM. However, the proposal is yet to be approved by the European Council, and the European Parliament.

CBAM is the EU’s strategy to realize this goal. CBT is a tax on carbon emissions imposed on imported goods such as steel from countries with less strict climate policies.  The tax seeks to tackle the issue of “carbon leakage” — when companies relocate to places with cheaper pollution costs and looser climate regulations. From 2023-25, they will monitor the information on emissions and once they have calculated the carbon footprint, they will introduce this tax. So, the modalities have to be worked out.

Through this tax, the 27-member block aims to create a level playing field between imports and domestic production. Other countries such as the UK & the USA are also mulling similar policies.

Before imposing the tax on imports from other countries, the EU also plans to engage third world countries, whose trade is going to be impacted by this tax. So, countries like India, China & Russia that have industries like steel, cement, and aluminium, (which cause a lot of carbon dioxide emissions) & export them to the EU. These companies  will only be reporting Scope 1 or direct emissions.

An important question that arises is whether CBT is enough to cut down on carbon emissions? It is not clear yet whether this emission reduction will be achieved. So, on that ground, there is a concern. From the trade point of view, the concern is whether this is going to be another non-tariff barrier that countries like India face while exporting to regions like the EU?

It ultimately boils down to this: if the CBT is implemented, what kind of implications will it have in terms of increase in cost for our exporters? We need to calculate those costs before we actually oppose it. (Commerce and Industry Minister recently said at the United Nations Trade Forum, that countries such as India have not really contributed to the problem of climate change in the first place and there should be differentiated responsibilities when it comes to the less developed or developing world and the developed countries. He also stressed that trade policy and green goals should be decoupled.)

If at all we oppose it, we need to understand the ramifications in a point-by-point manner depending on the ways in which it would be implemented, as the implications will be different. This is the time for us to calculate the carbon emissions, carbon intensity and how this move will impact our different industries. There are other questions that also need to be asked. For instance, will this move help developing countries in accessing greener technologies? We must only oppose it once we understand all of these issues and have established that it hurts our interests unequivocally.