Though a new guideline released by the General Office of the State Council, China has revised the registration and approval of pharmaceutical products to fasten the process, the implementation still needs a lot of work.

China has exempted import tariffs for 28 drugs, including all cancer drugs, from 1st May 2018. The move is expected to boost Indian exports of pharmaceuticals to the neighboring country as well as help reduce trade imbalance between China and India in the future.

India has time and again asked for greater market access for its goods & services including IT, pharmaceuticals & agriculture in the Chinese market to reduce the widening trade deficit. India’s trade deficit in 2017 stood at US $59.5 billion, an increase from US $ 51.6 billion in 2016. India exported US $12.5 billion worth of products to China, accounting for 4.2% of its total exports to the world. In comparison, it imported US $71.9 billion worth of products from China, making the economy the largest supplying market to India with 16.2% share in India’s total imports from the world.

This move has been praised and is believed to improve India’s stand in the bilateral trade as well as bring good news for India’s pharmaceutical industry now that one of the major hurdles which is high tariffs, is gone. However, when we analyse the markets and the current situation of pharmaceutical exports, we still find few unresolved issues.

Current Trade Statistics in Pharmaceutical Sector
Chinese government’s decision to remove import duties on key medicines is actually an attempt to bring down its healthcare cost which is projected to almost double from US $640 billion in 2015 to US $1.1 trillion by 2020. 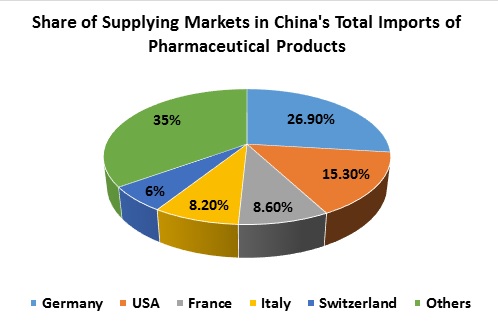 Conclusion
Though the main reason behind China’s huge trade is higher competitiveness in the manufacturing sector, the Indian exporters often complain of Chinese non-tariff barriers. Tariff barrier was hardly the major problem that so far prevented Indian companies from making their presence in China. It takes around 3-4 years to approve a drug registration, and commercialization of the drug takes a long time because of non-tariff barriers.
Though a new guideline released by the General Office of the State Council, China has revised the registration and approval of drugs and medical equipment to fasten the process, the implementation still needs a lot of work. If these guidelines turn out to be useful for Indian drug manufacturers, we could see an improvement in Indian pharmaceutical exports to China in the coming years.