Vijay Rekhi, Founder Chairman, Vizanar Alcobev & FMCG Advisors, emphasises that Indian single malts are not necessarily inferior, and brands like Paul John and Amrut have garnered acclaim in the global whisky market. But Indian companies face a major constraint in terms of investments and getting a return on capital, besides climate conditions that do not allow long maturing cycles.

He further suggests a complete relook at the regulatory framework of various State Governments when it comes to taxation of liquor, wherein the non-revenue regulations are made uniform across the country. This is important for encouraging an ecosystem, which can contribute to the flourishing of the liquor sector in the country. 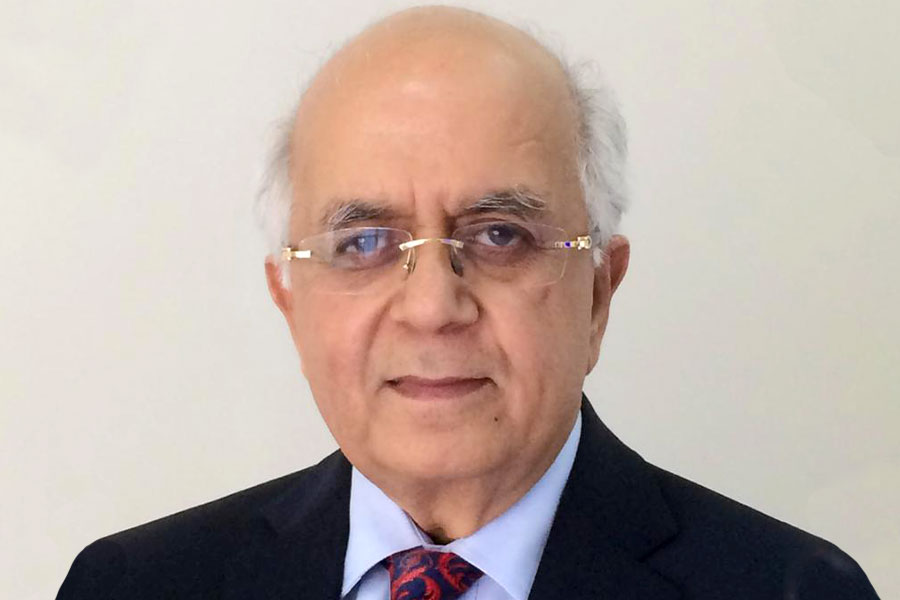 IBT: Why does India need to import scotch whisky and can this import be partially replaced by home-grown malt spirits?

Vijay Rekhi: While India is already producing a significant amount of malt spirits, the perceived quality of scotch is regarded as being superior by local consumers. That is why it is preferred either as a blended product or single malt and used by the local producers to mix their products.

Another point that needs to be acknowledged is that the process of manufacturing of malt spirits presently is not exclusive to Scotland. A lot of malt is being produced in Ireland, Japan, India and Australia. What has contributed to the global predominance of Scotch is the perception, saleability and protection, which the scotch industry provides through mechanisms like Geographical Indication (GI) that preserves the perception of quality. This, however, does not imply that Indian malts are inferior in any way. Indian single malts like Paul John and Amrut have garnered international acclaim.

In fact, a lot of Indian companies are now bottling single malt, but they are not able to age it for as many years as in Scotland, because of the higher temperatures and therefore, the rapid leaching of wood, after the distillate is put in the cask. At the same time, owing to the intense heat, Indian single malts are usually not matured beyond 4 years, since they will be very heavy on the palate. So, the age and the Scottish heritage is what makes scotch a preferred blend or a single malt.

Thirdly, Indian brands are not as old into the whisky making business as their Scottish counterparts. For example, McDowell’s started 20 years back and the Scottish malt has been around for 400-500 years. So, it takes time to change, Indian malt is still very successful, notwithstanding the age constraint – it’s a matter of time and patience and commercial viability of the entire project.

IBT: How can Indian manufacturers be encouraged to produce single malt whisky? And what are some of the challenges they are likely to encounter if they undertake production of Indian aged malt spirits?

Vijay Rekhi: Brands like Paul John Distilleries and Radico Khaitan are already garnering a lot of interest and attention in the international market. However, the only major constraint that these brands face is in regard to their ability to invest and a get a return on capital. It is also important to be able to match the pricing expectation in the marketplace. So, it’s an economic question, not a technical constraint. India can produce a lot of malt, which it does in any case. Single malt can be produced, but one has to work out the economics carefully to be able to launch single malts in India.

IBT: What challenges are Indian whisky manufacturers likely to encounter if they undertake the production of an Indian aged malt spirits?

Vijay Rekhi: The country’s liquor industry will have to keep evolving to the future conditions as they develop within the country or internationally. I would like to suggest a complete relook at the regulatory framework of various state governments, wherein the non-revenue regulations are made uniform across the country, much like the reform brought up in clustering various state taxes under GST; but keeping revenue aspects under the control of state legislatures. The top most challenges to liquor industry in India can be bucketed in the following points:

First is the myriad state-wise regulations. The ever increasing plethora of different nomenclatures of taxes and entry barriers created by 29 state governments and 8 union territories is a major challenge. These regulations are against the interest of all sizes of players in the industry small, medium and large and dominant.

It would be most desirable if there was a common set of regulations and procedures pan India, so that on the regulatory front, namely the non-revenue aspects of running Beverage Alcohol business, the rules would be the same all over India. This would be in conformity with the Constitution of the country, but will make regulations understandable. This sort of a change will ensure ease of doing business while leaving the right of taxation to each State Government.

Secondly, there is a challenge of both intra and inter State discrimination. In the intra State cluster, different absolute amounts of licence fees are charged by States for bottling and distribution of products. The advantage works out in favour of large volume companies having established mega brands selling in most of the State in lakhs of cases, wherein the incidence of such fees works out in single digit per case and can be easily absorbed and justified by brands’ P&L.

On the reverse, the new brands introduced in such high tax license states, are unable to take the burden of such one-time hefty license fees. So, these new brands are either adding losses in their brand P&L or have to be withdrawn before having a chance to offer choice to the consumers and becoming a commercial success. The prime example in this regard is in the National Capital of India – Delhi, where Indian whisky brands have to pay an annual license fee of Rs 25 lakh, whereas imported brands pay prorated only Rs 3 lakh per brand.

Some IMFL brands in Delhi have an incidence of license fee of only Rs 3 per case due to high volumes, whereas in case of new and recently introduced brands with a volume of say 5,000 cases annually, the incidence works out to as high as Rs 500 per case. This is unsustainable for a fledgling brand. Likewise, in Haryana, the wholesale licence fees are at Rs 1 crore with similar ramifications on established and new or to be introduced brands as in Delhi.

The simple remedy to such anomalies would be to have nominal fixed license fee, say Rs 1-2 lakh and also have a progressive element, linking the brand licence fee with a percentage to the value of sale. This is the best in class taxation model world over and is both equitable and progressive.

The third challenge is the duopoly of MNCs who have cornered a lion’s share of the market via acquisitions or first mover advantage. They follow unethical marketing practices like investing disproportionately in the market from the overall economic surplus their portfolios generate and blocking competition from new brand entrants in the alcobev domain. These are a matter of investigation by the Competition Commission of India, as they offer disproportionate trade discounts unrelated to brand P&Ls like rentals and foreign trips. This is further aided and abetted by a morass of regulatory framework, which these duopolies exploit to their advantage.

Fourthly, the challenge is to reintroduce bond to bond transfer of stocks as was the case in most states. It will be optimal if all over the country, the first buyer/stock point would be either the state corporations or company stock depots. The auction markets and stand-alone wholesale traders should give way to one of the above models. All states should allow transfer of stocks on bond-to-bond basis, as was the case in most of the states earlier. This means that products would be transferred from bonded warehouse of the distillery to the bonded warehouses of the State corporations or company-owned warehouses, without payment of Excise Duty.

This is being seen as a necessity as it blocks working capital of all sizes of companies. In most states, the excise duty component is 3-5 times the value of the product. It is more so, because states like Telangana and Andhra are not paying brand owners for up to 4-6 months of stocks supplied, thereby choking the working capital of companies.

Ultimately, the retailer has to bring duty paid permits to lift stocks from corporations or company depots, so there is impact on the revenues of the States. The only one-time adjustment that states have to factor is the cash flow of Excise Revenue of floor stocks, which can be easily made within a month in bond transfers, or up by tweaking the ad valorem Excise Duties. As companies are not able to set off input GST, the issue becomes doubly imperative and must be taken to logical conclusion.

As far as the retail trade is concerned, the state corporations’ retail network, wherever it exists, should give way to private traders. States should have no role in retailing alcohol. This will be in line with employment generation in the private sector and can be efficient and free of corruption and malpractices.

Lastly, there is challenge of need to simplify excise taxation on the basis of fixed and ad valorem based excise duty countrywide. In this regard, a model was recommended by CIABC that all over India, states should charge two types of duties – one fixed and the second ad valorem. This is a progressive and equitable model that gives flexibility to different states to tax as per their revenue needs and aspirations. If this model is adopted, nearly two hundred types of current excise taxes being levied by different states will become unnecessary. Such an approach should be agreed to by different states on a collective basis under the aegis of FSSAI or Ministry of Food Processing Industries for the purpose of ease of doing business without compromising on the quantum of revenue aspirations of each of the states, as enshrined in the Constitution.

IBT: You were mentioning that there is a very high tax on alcohol. How does it affect consumption for a brand?

Vijay Rekhi: See, it affects consumption of your brand if the consumer can’t afford it. Suppose you are drinking Royal Stag and then 75% tax is added to it. If you can’t afford it, you will go to a cheaper product. So, there is a shift in demand for brands because of the increase in taxation. If the consumer has to make adjustments year after year because of policy changes, that is the nature of the industry. So, that is acceptable, there is nothing wrong in the taxation level going up and down.

Vijay Rekhi has held leadership positions in various capacities since 1986. He was Chairman – Executive Committee of United Spirits, Bangalore till April 2014, before which he was President & Managing Director and Deputy President (1993-2011). From 1989-92 he steered Berger Paints as Regional Director, North America & Caribbean and was also the Chief Executive Officer of UB Group’s Carew Phipson Ltd. in Kolkata for four years. Prior to this, he headed Herbertsons, Mumbai as Director – Marketing & Sales for alcobev & FMCG products.