Promoting Exports through the DESH Bill 2022

The draft DESH Bill (2022) has removed the NFE criteria and addressed some of the most pressing concerns of SEZ units. While the Bill is the right step in terms of designing a policy on non-fiscal incentives, there is need for more clarity on the fiscal incentives for making it attractive to units. 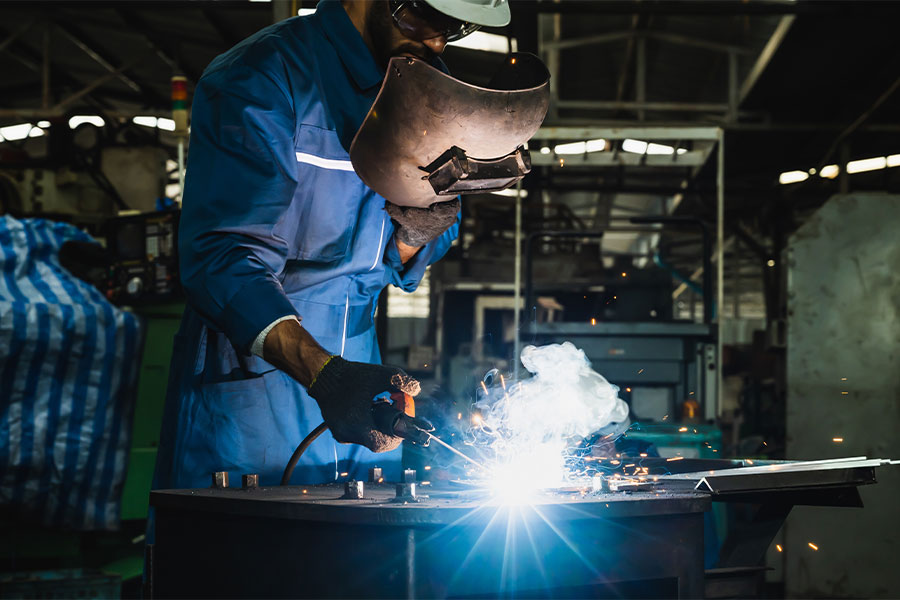 India has set an ambitious target of US$ 1 trillion exports each of goods and services by 2030, aiming to position itself among the top 5 exporting countries in the world. Several initiatives and schemes have been launched to meet this target and among them, the Development of Enterprise and Service Hubs (DESH) Bill, 2022, is expected to give exports a boost. This Bill, which is planned to be tabled in the winter session of the Parliament, aims to re-visit the Special Economic Zone (SEZ) Policy, which has now come under the scanner of the World Trade Organization (WTO) Agreement on Subsidies and Countervailing Measures (ASCM) for providing export-linked prohibited subsidies.

While ASCM tends to focus on fiscal incentives for manufacturing, treating them as actionable or prohibited subsidies based on certain conditions, many WTO countries today have reoriented their industrial cluster/SEZ policies to make them WTO compliant. The DESH Bill (2022) has been initiated to make industry clusters/SEZs in India WTO compliant.

Why Do Countries Need SEZs?

Globally, SEZs have been set up by countries to promote exports and attract investment by providing firms located inside the zones with certain financial and non-financial incentives, which are not available and/or different from those given to firms in the domestic tariff area (DTA).  In India, too, the SEZ Act 2005 set out to achieve five objectives;

(a) Generation of additional economic activity;

(b) Promotion of exports of goods and services;

(c) Promotion of investment from domestic and foreign sources;

(d) Creation of employment opportunities and

To meet these objectives, certain fiscal and non-fiscal incentives were given to the developers and units in the zones vis-à-vis the DTA. The income tax benefits were conditional upon the units being net foreign exchange earners in five years, which is an export-linked prohibited subsidy under the ASCM.

Even after the formation of the WTO, countries, especially developing and least developed countries, continued with policies to have some form of industrial zones. At the same time, they have tried to make their zones WTO compliant. In 2018, around 147 countries had SEZs, which increased from a meagre 29 SEZs in 1957.[2] India is among the pioneer countries in Asia to set up an SEZ as early as 1965 in Kandla (Gujarat).

As of June 30, 2022, India had 425 formally approved[3] SEZs, in which 268 SEZs were operational (which means that they had at least one unit). These included 25 multi-product SEZs and the rest are single-product SEZs, covering sectors such as Information Technology and Information Technology enabled services (IT/ITeS), electronic hardware, telecommunications, and gems and jewellery. As on November 30, 2021, there were 5,604 units in Indian SEZs, contributing around 35% to total exports during FY 2020-21 and generating employment for 25,60,286 persons.[4]

In March 2018, the United States of America (USA) challenged a number of export-linked incentives given under India’s Foreign Trade Policy and the SEZ as prohibited subsidies in the WTO. India lost the case against the USA in October 2019, requiring the country to withdraw its export-linked subsidies. This has prompted India to design incentives for industry clusters that are aligned with the WTO ASCM. While designing such incentives, it is also important to look at:

(a) Incentives given by competing countries and

(b) How incentives can help to increase global competitiveness of our firms and help them integrate into the global value chains.

To come up with a robust policy, the Government constituted a committee under the Chairmanship of Baba Kalyani, Chairman M/s. Bharat Forge, to study the SEZ policy of India in 2018. This Committee made several recommendations on how to change the SEZ policy. During her Union Budget 2022-23 speech, the Finance Minister, Honourable (Smt) Nirmala Sitharaman, announced the re-vamp of the present SEZ legislation with a new legislation allowing states to become partners in the DESH. Subsequently, the DESH Bill (2022) was introduced, which will be tabled at the winter session of Parliament in 2022.

The DESH Bill (2022) proposes to create two kinds of development hubs – enterprise hub and the services hub. The core objective of the Bill is to provide “for the establishment, development and management of Development Hubs, including Special Economic Zones, as enclaves for the purposes of the  promotion of economic activity, employment generation, integration with global supply and value chains and maintenance of manufacturing and export competitiveness, development of infrastructure facilities, promotion of investments, and investment in research and development and for matters connected therewith or incidental thereto”.

The DESH Bill (2022) removed the NFE criteria, which was making incentives given to SEZ prohibited under the ASCM. While the SEZ policy allowed workers from the DTA to do job work for units in SEZ, there is no clarity on reverse job work or on allowing the units in SEZs to undertake job work for the DTA; including after sales services and at the point-of-sale services.  This is unlike other countries like Turkey or some provinces in China, where a unit in an SEZ is allowed to cater to the DTA subject to payment of appropriate customs duties and internal revenue taxes. This allows more value addition in the country. The DESH Bill (2022) has the provision of reverse job work, allowing units in SEZs to cater to the domestic tariff area. The Bill also seem to have more clarity on entry and exit of investors. Thus, the Bill seems to have address some of the concerns of the SEZ units.

Some Concerns and Way Forward

While the DESH Bill (2022) proposes many non-fiscal incentives like allowing reverse job work for units in the SEZs, it lacks clarity on the fiscal incentives that will be provided to the SEZs units. Further, given that various fiscal incentives are available such as Remission of Duties and Taxes on Export Products (RoDTEP) and those under the Production Linked Incentives (PLI) Scheme, units may like to have clarity on what kind of fiscal incentives can be availed under the DESH Bill. At the same time any incentive given to any unit in an industry cluster need to be carefully designed to be WTO ASCM compliant. A region specific-subsidy can be actionable under the ASCM. With increasing servicification of manufacturing, subsidies can be given to the services used in manufacturing and since there is no discipline on subsidies in services, these can be WTO complaint.

The more important issue is the criteria or performance indicator for giving the subsidy. The DESH Bill (2022) mentions a number of performance indicators that can be considered. Criterion such as generation of additional economic activity and integration with global supply and value chains are difficult to measure. While creation of employment opportunities, can be measurable, generally subsidies are linked to creation of high quality job or skill upgradation in many countries. The subsidies could be designed based on specific parameters such as labour training, which can be WTO compliant.

Performance indicators like promotion of innovation and investment in Research and Development (R&D) require more clarity on measurability. Will the number of patents filed be considered a measure for innovation? Whenever a subsidy is provided, a budget is allocated for the same and to justify the budgetary allocation, three things need to be considered;

(ii) An estimate of the amount of subsidy to be provided in the next 1-5 years, based on the measurable performance criteria and

(iii) An estimate of the projected gains to the country on giving the subsidy.

Without clarity on these points, it is difficult for the Ministry of Finance to have an estimate of the subsidy and the justification for the same.

To summarise, any region-based subsidy awarded to an industrial cluster is actionable under the WTO ASCM and hence it can be countervailed. Trading partners like the US will carefully watch how subsidies are given for units located in DESH. If subsidies are not carefully designed, they can be countervailed. Further, unless there is clarity on performance indicators against which fiscal incentives will be designed, units will not know what is expected from them and policymakers will not know the costs and benefit of the policy. While DESH Bill is the right step in terms of designing a policy on non-fiscal incentives, there is need for more clarity on the fiscal incentives for making it attractive to units.

[3] Formal Approvals implies when the Developer does have the right (freehold / Lease/ developmental rights) over the land including possession and on the basis of the recommendations of the State Government to Central Government, the Board of Approval considers the case in meeting and recommends “formal” approval which is finally granted by Ministry of Commerce (MOC). Source: http://phdcci.in/file/thematic_pdf/SEZs%20in%20India%20-%20Criss-Cross%20Concerns-Feb%202015.pdf (last accessed August 03, 2022).

Enquiry for Promoting Exports through the DESH Bill 2022