Moratorium on duties for electronic transmissions at the WTO is untenable

Rashmi Banga, Senior Economic Officer, UNCTAD, argues that developing countries should have the right to impose tariffs on electronic transmissions as they deem fit. Moreover, with the ambiguous nature of electronic transmissions, and the overwhelming dominance of a few countries in their exports, developing nations should not agree to extend the moratorium on their customs duties. 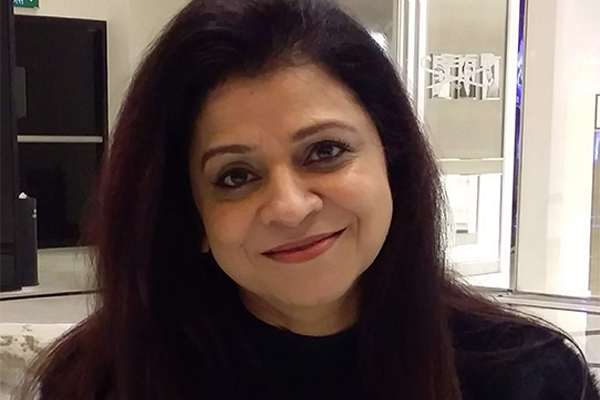 IBT: What are the main concerns that developing nations like India have with respect to the moratorium on customs duties on electronic transmissions?

Initially there was a note by WTO in 2015, which said that electronic transmissions are digital transmissions of those products that have digitalised. So now they are downloadable instead of being imported physically. That included movies, music, video games, print media and software.

Then there was a study last year by ECIPE, which also included some of the business services, which are electronically transmitted. This widened the scope of the moratorium. And then around December 2019, there was a study by OECD that included all services. It said that electronic transmissions are digital deliveries, which cover all services that can be transmitted electronically or via Mode 1. This will include architectural services, health services, etc. which are imported via Mode 1. So there is no consensus on the scope of the moratorium, which is not good for India. If India agrees for something, it should know what it is agreeing for.

But we do not know what electronic transmissions are and what is the scope of the moratorium. Then how can we agree on extending the moratorium permanently, as developed countries are now demanding?

The second problem is that even if we stick to the original categories that is those products which have digitalised, four of these are luxury items with the exception of software. Every government should have the power to regulate imports of luxury items. If you want to have customs duties on luxury items and regulate their import, you must have the right to do it. You may allow software duty free, but you should have the right to impose duties on products like movies, music and video games, especially with the exponentially growing imports of these items. According to our study, India can raise half a million dollars online from imposing custom duties on these electronic transmissions, which is a growing source. As the imports of these items go up in future, tariff revenue will also increase.

The third argument is that, in principle, why should exporters of physical goods pay customs duties while the same good can be exported online by some exporters without paying the duty? This goes against the WTO principle of tech-neutrality that when you are exporting something, irrespective of the technology, the rules of import and export remains the same. Whether you are importing, downloading or streaming, the movie is the same. So, the demand for moratorium actually violates the principle of tech-neutrality.

The fourth reason, which is especially applicable for India, is that we have a budding homegrown industry or an infant digital industry. We have our own online streaming channels now and we want to protect them. They cannot compete with the top players like Netflix or Prime video. The domestic producers need a protective set up, so that they can grow to an extent that they are able to compete. So, imposing customs duties on the likes of Netflix and Amazon and even video games (where we again have a budding industry) are important. Furthermore, exporters in these categories are concentrated largely in 3-4 countries like US, China, etc. For these large players, paying customs duties is not a big issue and it will provide a level playing field to domestic producers.

The last point pertains to the argument that exports of India in these categories will not be adversely impacted if moratorium is suspended. Every country can apply customs duty only up to its bound duties. In the developed markets where India exports, the average bound duties are around 0.2%. So, India’s exports are not going to be hurt.

IBT: What is your view on the argument that there can be more to lose for Indian industry as a whole if the moratorium is discontinued?

Rashmi Banga: The basic premise that needs to be questioned here is whether a developing country should have the right to apply customs duty or not. India can decide not to impose customs duty on a particular category of electronic transmissions, if it thinks that it will benefit its industry.

For example, in the case of software, there can be many different kinds of software. If you feel that a particular software import will be needed for the industry and is not being developed domestically, you can reduce the customs duty to zero. Nobody will object to that. So, ending the moratorium will not harm your industry because you can decide the custom duties. In that case, where do the adverse implications for industry come into the picture? Moreover, the bound duties are already at 0.2% for these products in the developed markets, as I mentioned earlier, especially for the movies, and certain kinds of software.  I do not think there are any markets where India’s exports will get hurt. And for imports, India can unilaterally put the custom duties at zeros for any product it wants.

IBT: Supporters of ending the moratorium also argue that the customs duties are hard to calculate, and therefore difficult to implement. How valid is this point of view?

Rashmi Banga: When this moratorium was agreed in 1998, which is almost two decades back, there was no technology for calculating the imports of electronic transmissions. But now the technology is available. Whenever you are importing anything electronically, you always use your debit card or credit card and the payment is made through the national gateway. Governments can track the imports of these items. Once you can track the imports of these items, the customs duties should be the same as you apply on the physical goods associated with these electronic transmissions. When you are importing a CD or a book, you already have negotiated tariffs on these items. The tariff can be calculated on that basis.

IBT: A proposed alternative is that tariffs for electronic transmissions can be replaced with internal taxation. Even US and France have been at loggerheads regarding the imposition of digital tax by the latter recently.

Rashmi Banga: Two kinds of taxes are being talked about here. First, in studies like ECIPE, they say that if you do not levy customs duties, your economic activities will increase, and you can levy internal taxes. and collect the same tariff revenue, which is lost through your internal taxes.

But in countries like India, there is a large informal sector, which is out of the tax-net. There is no certainty that you will be able to collect that amount of tax which you are losing by not imposing custom duties. There is a recent study by Boston University, which has estimated that the possibility of recovering lost tariff revenues through an increase in internal taxes prevails only in developed countries. They have empirically estimated that a 1% loss in effective tariff revenue would lead to almost the same loss in your effective tax revenue for ever. You do not recover that in developing countries.

With the kind of economic activity that is prevalent in Western countries, they have a lot of scope of taxing people so they can recover the lost tariff revenue. But this is not possible with the large informal sector in countries like India.

The second kind of taxes, which are discussed in place of customs duties are discriminatory taxes. But, if you impose this tax in place of custom duties, then you have to justify why you are taxing your foreign service provider and not your domestic service provider. It will also depend on whether you have taken national treatment commitments in Mode 3 in GATS. If you have then you should impose the same tax on both to be WTO-compliant. But you don’t want to tax your domestic players to the same extent that you want to tax foreign suppliers because anyways the domestic players are unable to compete with the foreign players. For example, you cannot tax Netflix at the same level as your domestic streaming industry.

And if you start putting discriminatory taxes, i.e. you tax foreign suppliers and not your domestic suppliers, it will become difficult to justify plus there is a lot of pressure on the Government not to do so. Even different countries within EU, e.g., France had great difficulty in imposing discriminatory taxes. But customs duties are a very flexible tool in the hands of a government – they can waive customs duties or increase/decrease them as they want. Also. even if you can impose discriminatory taxes, why should you lose such an important policy tool like custom duty? You can apply both.

IBT: The scenario of the e-commerce industry is not at all comparable vis-à-vis 1998 when the moratorium was first imposed, and 2020. Why has this moratorium still continued, when the industry is much mature compared to what it was then?

Rashmi Banga: They have kept extending it for two years at a time in order to show some outcome in every Ministerial. But the extension did not seem to be a problem prior to the Digital Revolution i.e., before 2008-09. But, after that, countries have really started understanding the implications of this moratorium. If developed countries succeed in categorising services under electronic transmissions, then a permanent moratorium would imply that you cannot regulate the imports of these services. And that is what they are really looking for – all digital technologies need two things – data and software – and both are electronically transmitted. They do not want any regulations on these two. In the present COVID-19 pandemic, the imposition of custom duties on electronic transmissions could have helped check conspicuous consumption and raise vital revenues for developing countries.

If you look at digital technologies like 3D printing, which are coming, they are expected to wipe out over 50% of the physical international trade in future. If the moratorium continues then with 3D printers foreign firms will not even need government permission to enter and they will be able to capture the domestic markets of our countries by remotely 3D printing our manufactured products.

Rashmi Banga is a Senior Economic Affairs Officer & Officer-in-Charge of the Unit on Economic Cooperation and Integration among Developing Countries (ECIDC), Division of Globalisation and Develoment Strategies (GDS), UNCTAD. She is former Adviser and Head, Trade Competitiveness in Commonwealth Secretariat, where the Division provided policy support to more than 30 countries. She has worked as a Senior Economist in DFID-funded UNCTAD’s project which provided support to the Minsitry of Commerce, India in its trade negotiations.

She was an Associate Professor of Economics in Jawaharlal Nehru University, India and has taught for nineteen years. She received her doctorate from Delhi School of Economics, specializing in development economics, international economics and econometrics. She has published extensively in refereed journals on digital issues, international trade, global value chains and FDI issues. She has recently published a book on “Gainfully Linking into Global Value Chains: Experiences and Strategies”. She has been awarded International Economic Development Research Award by Export-Import Bank of India and has been a recipient of two Gold Medals for her research on globalization and development from Global Development Network, World Bank.