Hydrogen fuel cells: Going green, but can be greener!

Hydrogen fuel cell vehicles are a dream for earth sustainability goals as they only emit water vapour and warm air. However, deploying them at scale will require structural interventions to make the entire value chain sustainable. 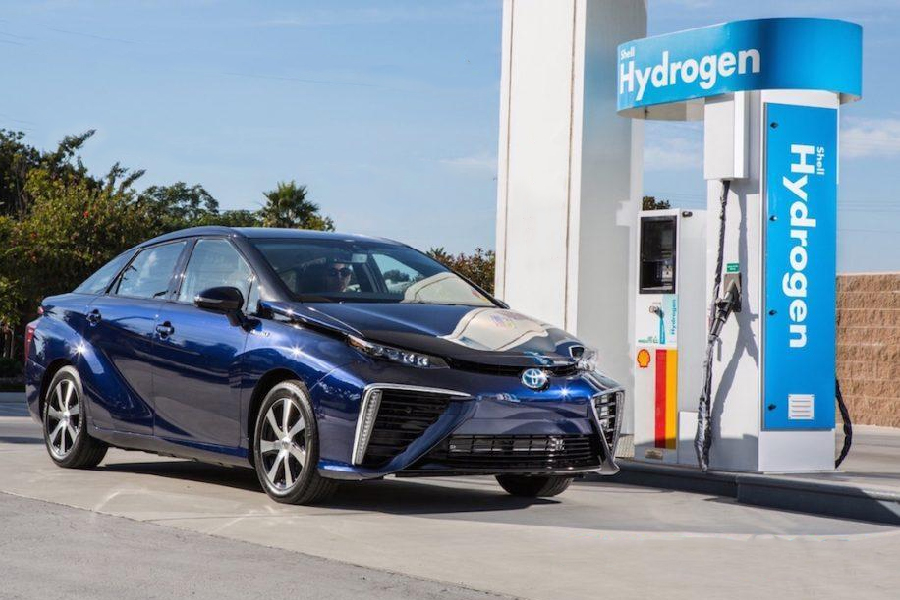 The International Energy Agency (IAE) estimates that sales of fuel cell electric vehicle (FCEVs) could reach 150 million in developed nations by 2050, accounting for 25% of their road transport. FCEVs are defined as vehicles powered by hydrogen and are more efficient than conventional internal combustion engine vehicles since they produce no tailpipe emissions.

Countries like the US, Germany, Japan, South Korea and China have already deployed hydrogen-fuelled cars and buses in their respective countries. At the same time, according to a policy brief issued by TERI, demand for hydrogen in India is expected to increase 3-10 fold by 2050.

The country is already taking baby steps in its tryst with this technology. Last month, the Council of Scientific and Industrial Research (CSIR) and KPIT Technologies successfully conducted trials of India’s first Hydrogen Fuel Cell (HFC) prototype car running on an indigenously developed fuel cell stack. At the same time, Hyundai plans to launch Nexo, a sports utility vehicle (SUV), powered by hydrogen, in India, next year. Further, Indian Oil, the nation’s largest refiner, is betting on hydrogen vehicles for self-reliant future mobility and is now investing in an INR 300 crore demonstration project for HFC vehicles.

Taking note of these developments, the government-instituted automotive industry standards committee (AISC) has finalised a draft policy for hydrogen-powered cars. This happens to be the first time that the government has given the clean chit to a new type of fuel after battery electric technology. Besides this, in 2018, the government slashed the goods and services tax (GST) on hydrogen fuel-cell vehicles by more than half – to 12% as compared to 28% on petrol, diesel and CNG vehicles.

Hydrogen the next ‘clean energy prize’?

Hydrogen is considered to be the cleanest fuel since vehicles powered by hydrogen only emit water vapor and warm air. For example, research indicates that in contrast to CNG, H-CNG allows for a 70% reduction in carbon monoxide emissions and a 25% reduction in hydrocarbon emissions. Moreover, discarding lithium-ion batteries (LiBs) after use in EVs is challenging since improper disposal will create severe environmental pollution. Thus, it is a cleaner energy alternative to mitigate climate change and curb the rise of atmospheric temperature globally.

Another advantage that hydrogen offers as a fuel is that it will reduce the cost of demand for foreign oil and therefore, reduce a country’s import bill significantly. For this reason, they are a major focus area of the government.

Hydrogen also offers a number of operational advantages. For example, it has a high range. According to German car manufacturer, Volkswagen, hydrogen fuel cars can cover up to 600 km and has a faster refuelling time (about 3-5 minutes). The U.S. Department of Energy, hydrogen fuel cells are generally between 40-60% energy efficient, vis-à-vis typical internal combustion engine of a car which is just 25% energy efficient. Additionally, the units have a longer shelf life as they run longer than lead-acid batteries.

Lastly, hydrogen fuel cell technology has a robust reliability since it has operated seamlessly in tough environments. These include cold environments as low as -40 degrees F/C, weather environments like hurricanes, deserts, and winter storms, and even the hard-working business environments of material handling warehouses.

Hydrogen fuel cells: Too good to be true?

While hydrogen fuel cells have an array of advantages, they do have a number of issues too. Given the large size of the hydrogen tank(s), limited production of these vehicles and sparseness of charging network, these vehicles are costly. As Axel Rücker, Program Manager, Hydrogen Fuel Cell at the BMW Group, explains,

“We have a chicken and egg problem with hydrogen fuel cell technology. As long as the network of refueling stations for hydrogen-powered cars is so thin, the low demand from customers will not allow for profitable mass production of fuel cell vehicles. And as long as there are hardly any hydrogen cars on the roads, the operators will only hesitantly expand their refueling station network.”

At the same time, the fact that there is no pollution when it comes to HFCs can also be contested when it comes to obtaining this fuel. Hydrogen production requires electrical energy, which can be produced using renewables like wind or solar energy & non-renewable resources like fossil fuels. In India, it is the latter which is predominantly used to produce hydrogen. The use of non-renewable resources leads to the emission of carbon, thereby defeating the purpose of the whole exercise.

Another issue with HFC vehicles is their limited range. Thus, a tank filled with 60 l of hydrogen equals only 13 litres of petrol. Further, its energy density (i.e. energy per unit of volume) is very little. This implies that we need to store a lot of it under high pressure (700 bar) to obtain the amount needed to operate a car.

Lastly, hydrogen is very volatile and highly inflammable, making the vehicle prone to explosions. However, the thickness of storage tanks ensures that hydrogen does not escape and such collusions do not happen.

To sum up, it is globally acknowledged that to achieve climate change stabilization goals, a large-scale shift from the internal combustion of petroleum fuels to low-carbon energy sources will be necessary. As the above analysis depicts, hydrogen fuel cell vehicles can deliver a real contribution to climate change mitigation, provided the entire value chain is sustainable. This requires that the necessary hydrogen infrastructure is in place and offers a good price for hydrogen, and the price of the vehicles declines so that it becomes an attractive mobility solution for consumers.

Enquiry for Hydrogen fuel cells: Going green, but can be greener!