The Organisation for Economic Co-operation and Development (OECD) defines a free trade area as “a grouping of countries within which tariffs and non-tariff trade barriers between the members are generally abolished, but with no common trade policy toward non-members”. 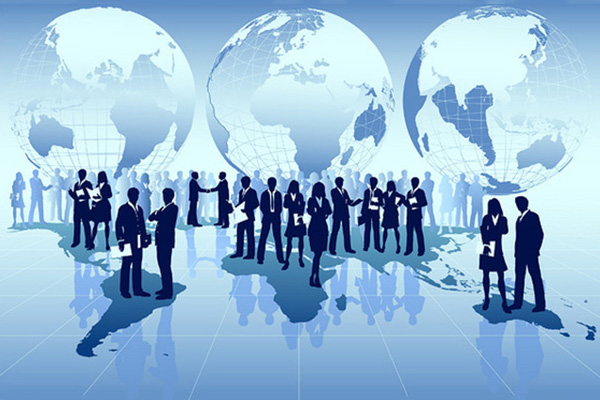 Tariffs and other trade restrictions between two or more countries is often regulated by a set of carefully crafted rules and regulations. The Organisation for Economic Co-operation and Development (OECD) defines a free trade area as “a grouping of countries within which tariffs and non-tariff trade barriers between the members are generally abolished but with no common trade policy toward non-members”.  These pacts facilitate the free movement of goods and services, both in terms of geography and price.

However, while domestic industry benefits from greater access, it also faces an influx of foreign competition, which can undermine its ability to grow and sustain. Therefore free trade agreements are associated with numerous rounds of negotiations between countries as well as detailed consultations with all stakeholders across government and industry to optimise the cost-benefit equation.

Some examples of the world’s major free trade areas include:

Dating back to January 1994, this pact has been signed between Canada, the US and Mexico. Estimates suggest that although tariffs weren’t fully abolished until 2008, by 2014 total trilateral merchandise trade exceeded US$ 1.12 trillion. According to the US government, trade with Canada and Mexico supports more than 140,000 small and medium-size businesses and over 3 million jobs in the US. Gains in Canada are reportedly even higher, with 4.7 million new jobs added since 1993. The country is also the largest exporter of goods to the US.

The NAFTA has been recently replaced by the USMCA (US-Mexico-Canada) Agreement which is effective from July 1, 2020. The agreement has major changes in chapters that include Intellectual Property, Digital Trade, De minimis, Financial Services and Environment.

Signed in January 1992 by Brunei, Indonesia, Malaysia, Philippines, Singapore and Thailand, the bloc has largely removed all export and import duties on items traded between the nations. Eventually, Vietnam, Laos, Myanmar and Cambodia also joined the bandwagon.

The bloc has also entered into agreements with a number of other nations, including China, eliminating tariffs on around 90% of imported goods. It has helped to dramatically cut the costs of trade for a huge number of businesses and people.

Headquartered in Montevideo, Uruguay, Mercosur stemmed out of efforts to integrate the economies of South America through the Latin American Free Trade Association (1960) and its successor, the Latin American Integration Association (1980). In 1985, Argentina and Brazil signed the Declaration of Iguaçu, which gave birth to a bilateral commission to promote the integration of their economies; by the following year, the two countries had negotiated several commercial agreements.

The 1988 Treaty for Integration, Cooperation, and Development committed Argentina and Brazil to foster a common market within 10 years, and it invited other Latin American countries to join. Mercosur was finally, created in 1991 by the Treaty of Asunción, which was signed by the heads of state of Argentina, Brazil, Paraguay, and Uruguay. Several other countries were later admitted as associate members, and in 2006 the presidents of the four member countries approved full membership for Venezuela, though its final ascent was blocked for years by the Paraguayan congress.

The organisation was formed in December 1994. It aims to develop a large economic and unit to overcome barriers to trade. With 19 member states, the organization is a significant market place, both within Africa and globally. It seeks to remove all barriers to intra-regional trade, starting with preferential tariffs and working towards a tariff-free common market and economic union.

The Africa Continental Free Trade Area is the largest in the world by number of countries (55) and was officially launched in 2019. The agreement leads to the creation of a single continental market for goods and services as well as a customs union with free movement of capital and business travellers. Countries under the AfCFTA comprise a population of around 1.2 billion people and a combined GDP of US$ 2.5 trillion, according to the UN Economic Commission for Africa.

Countries joining the AfCFTA are required to commit to removing tariffs on at least 90% of the goods that they produce. The agreement was launched in recognition of the fact that intra-Africa exports were pretty low, at around 16.6% of total exports in 2017, compared to 68% in Europe and 59% in Asia.