Deep state intervention is a must to revive the economy 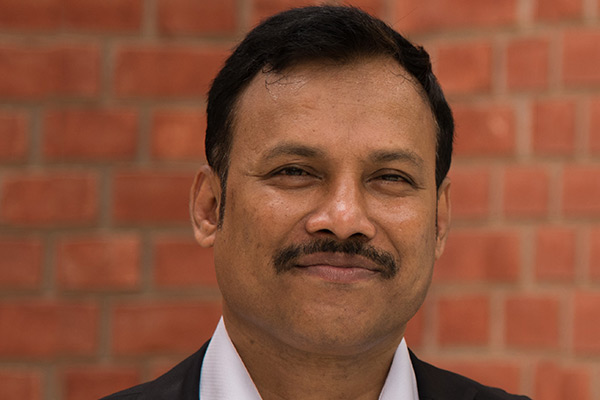 Prof. D. Tripati Rao: COVID-19 could not have come much worse time than the present. The Indian economy was already slowing down for over last 8 quarters from 8.2% to 4.2% between Q4 2017-18 to Q4 2019-20; led by a twin secular decline of consumption and investment growth. Except for one quarter, the Indian economy was already operating below potential output growth. While all the 8 core industries witnessing a precipitous decline, two of the growth contributing as well as employment generation sectors – manufacturing and construction – decelerated from double digit growth to negative growth. With the onslaught of COVID-19 due to a massive disruption of global supply chains, trade volume dwindled further with exports and imports registering -8.5% and -7% growth.

However, due to a sharp fall in imports over the fall in exports during May 2020, India’s trade deficit narrowed down to US$ 3.15 billion. With all the engines of growth slowing down, it is but obvious to see a debilitating effect on livelihoods with massive number of job losses as unemployment rate has significantly risen to 23.5% in April and 19.3% in early June. As per Economist Intelligence Unit, there was a fall of 9.3% in Indian GDP in April-June Quarter. The only silver line is that agriculture growth has bounced back and we have witnessed a record post-kharif harvest.

Therefore, with extended lockdown and increase in containment zones with growing COVID-19 numbers, the Indian economy will be under continued pressure of demand slowdown with income losses and lower capacity utilisation with falling private investment levels.

Prof. D. Tripati Rao: While the Government of India found itself with Sophie’s Choice: shut down the economy to save lives or defer a lockdown to save livelihoods; the opportunity cost of the extended and complete lockdown has already proven to be taxing on the socio-economic framework of the country; with global as well as national supply chains facing inordinate disruption, unemployment looming large and much of the mammoth 400 million migrant workers losing their livelihoods with reverse migration!

Moreover, going forward, the long-lasting impact of the pandemic of this grave nature could be of more dreadful and calamitous Hysteresis effect – persistence high unemployment, permanent loss of skills, fall in investment rates and innovation, and a vicious cycle of low growth. RBI (central bank) swung in to action swiftly by calibrating monetary policy instruments, rather unconventionally, and infused liquidity to the tune of Rs 8.04 lakh crores, amounting 4.02% of the GDP.

However, GoI has to also be more aggressive on pressing the fiscal levers for attaining “Atmanirbhar Bharat”. Of the announced Rs 20 billion cumulatively with Fiscal Stimulus 4.0, the actual expenditure incurred by the exchequer could be no more than Rs 1.5 lakh crores, as much of the fiscal package is liquidity or credit guarantees by way of contingency measures and, therefore, the direct impact on the economy could have very negligible effect; given the magnitude of the pandemic as a severe external shock.

While monetary policy rate cuts and liquidity infusion may increase credit flows, but there are not enough fiscal measures to reverse aggregate demand slowdown and to protect income losses due to loss of livelihoods. But rising financial default risks against a sharply slowing down economy is making banks further risk-averse, reluctant to lend credit and hence infused liquidity is circling back to RBI through reverse-repos, despite credit guarantee by GoI. In fact, while in the last fortnight of Mar’20, ASCBs have disbursed Rs 2.65 lakh crore, but till May 8, ’20, credit disbursement declined to Rs 1.18 lakh crore. Therefore, supply-side fiscal stimulus measures haven’t been able to revive animal spirits and spur aggregate demand. Howsoever, some of the needed and announced agriculture reform measures in Fiscal Stimulus 4.0 are going to be effective in medium- to long-term only.

The economy warrants for deep state intervention with an immediate employment of well-directed countercyclical fiscal levers – state spend on goods and services, spend resources on transfer payments, and more importantly, rebuilding the economy through initiating an unprecedented massive infrastructure programme – is the only way forward for saving livelihoods of millions and overcoming the ensuing macroeconomic stability.

Prof. D. Tripati Rao: As I have already highlighted, while an immediate domino effect on the economy is an obvious consequence of a pandemic this grave, but as a severe negative external supply shock, the long-lasting impact it could be more dreadful and calamitous Hysteresis effect – prolonged and higher levels of unemployment. This distorts labour market over an extended periods of idleness arising out reverse migration to villages, and ultimately leading to the loss in productivity and re-employability of labor due to skill deterioration. Post-pandemic, there will be an increase in the cost of production, induced scarcity in the labor market, bargain for higher wages, hence leading to an abnormally high wage level.

As a consequence, unemployment will permanently remain higher than before. This will bring down consumption and investment rates, and in turn limits the pace of economic recovery. Therefore, it is imperative at the outset to pursue policies of job protection and job creation relentlessly.

While the damage has already being done due to reverse migration, some of the state governments have taken advantage out of the adversity, and are ready to initiate tailor-made for food for work and rural-employment guarantee programme by skill-mapping of reverse migrants at Panchayat and local village levels. Besides, what is needed is to continue with allocation of monthly food quotas and DCTs.

Prof. D. Tripati Rao: Both due to continued income vulnerability as well as fear of moving out, households will become frugal and consumption levels would continue to be sluggish. However, consumption growth also could see a structural shift in the pattern of consumption from discretionary (durables) to non-discretionary (non-durables such as, staples) consumption. This will have a bearing on manufacturing growth revival. This is once again to reemphasise the policy focus on job protection and job creation while gradual unlocking of the economy by containing the virus spread.

Prof. D. Tripati Rao: MSMEs are the ones who are bearing the brunt of COVID-19 the most and reeling under distress due to global supply chain disruption, reverse migration and falling demand. Unlike big firms, MSMEs use their own pittance savings for consumption, i.e., to pay-out labourers and managing capital. However, since production stops, casual workers leave, machinery remains idle, and they face non-payment of dues by big firms, MSMEs run out their savings too soon and only recourse is a closure. Therefore, unless and until MSMEs restart production and start selling goods, credit guarantees or moratorium on interest rates of extension of tax filling timelines do not come as a big relief for them since their working capital is usually not funded enough by the banks.

Although, Fiscal Stimulus 2.0 has announced a collateral free automatic loan for MSMEs, including sub-ordinate debt amounting to Rs. 3.2 lakh crores, what they really need is direct liquidity support, interest payment breather and tax concessions. MSMEs are the lifeline of industrial production, employment generation and exports and policymaking should be proactive towards handholding them.

Prof. D. Tripati Rao: India financial sector is afflicted by “twin-balance sheet” problem much before COVID-19. April 2020 credit disbursement by SCBs data show that non-food credit growth has declined in all major sectors and the decline in retail credit is the largest. However, credit to transport and trade is picking up. To revive bank lending in general, first step is to restart and revive the real sector. Since marginal propensity to consume during recession is higher for the bottom of the pyramid, DCTs quickly revive consumption and through multiplier effect income. Further, GoI may continue to focus on reviving industrial units and production activities so as to bolster banks to lend to these production units.

Prof. D. Tripati Rao: COVID-19 had its immediate impact on contracting the service sector during March and April 2020 and both India Service Business Index as well as PMI falling to lowest ever. It is obvious that the extended lockdown has restricted mobility, leading to contraction in various service activities. India’s ICT services will continue to be under pressure due to weakened global demand as well as currency headwinds, but it is reworking to attain productivity gains and cost reduction gains to remerge through work-from-home activities. It may be well prepared for a long-haul!

Prof. D Tripati Rao is currently Professor of Economics in the Business Environment Area at Indian Institute of Management Lucknow. He has obtained his Ph. D. from the Department of Economics, University of Mumbai under the auspices of RBI Monetary Economics Endowment Research Fellowship and M.Phil degree in Applied Economics from CDS, Trivandrum, JNU. Prior to joining the institute, he was with XIMB and T.A. Pai Management Institute, Manipal. He has been teaching Macroeconomic Environment, Managerial Economics and World Economy, International Trade and Business to both Post-Graduate students and FPM Scholars since 2005. The views expressed here are his own.