A circular agriculture model has benefits that are not just environmental but also on both a micro- and macroeconomic level. The UNCTAD estimates that applying circular economy principles to the development of the Indian food system could create annual benefits of ₹3.9 lakh crore (US$ 61 billion) in 2050. 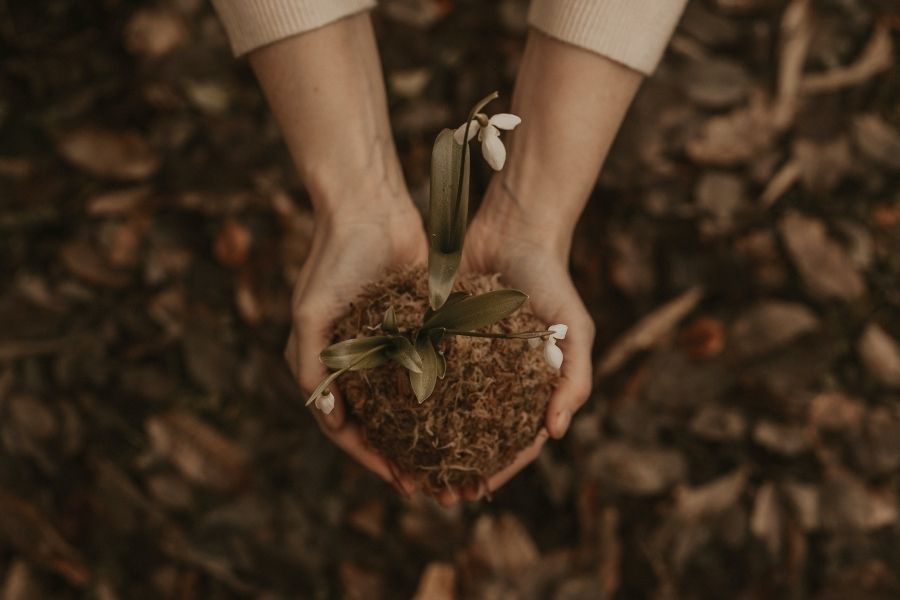 One of the most baffling concerns of the coming centuries is availability at all times of adequate food supplies to sustain a steady expansion of food consumption and to offset fluctuations in production and prices. This concern amplifies when seen in the context of climate change and water scarcity; urbanisation and shifting diets; productivity, hunger and malnutrition; deforestation & decreasing biodiversity.

This is where the concept of circular agriculture becomes imperative. This ecological model is based on the principles of reducing resource consumption and discharges into the environment. It is aimed at closing the loop of materials and substances and waste is seen as a raw material to produce new valuable products, including crops, food, feed and energy. In other words, it entails adopting sustaining agricultural practices along the value chain. This concept is important for the Indian agriculture as India is the world’s third largest emitter of greenhouse gases (with agriculture being a significant contributor to this), it is largest user of groundwater in the world and the second largest user of fertilizer use per hectare.

Why move to circular agriculture?

Studies indicate that circular agriculture can also prove to be a great game changer for the F&B value chain. “Applying circular economy principles to the development of the Indian food system could create annual benefits of ₹3.9 lakh crore (US$ 61 billion) in 2050; reduce GHG emissions, water usage, and environmental degradation; and play a vital role in securing the long-term food supply,” according to UNCTAD. Given below are a few case studies that highlight the same:

Environment friendly agriculture practices have been prevalent in India for centuries. Vedic farming has been by definition organic – in accordance with Natural Law and in recognition of the fundamental linkages between man and nature. This has been detailed in Vedic texts like Krishi Parashar, Brihat samhita and Manusmriti. The agricultural technology of that era utilised natural biological/mechanical pest control
methods & Green manuring. They can be a vital guide for us as we endeavour to move back to circular agriculture -reduce greenhouse gases, bring down the composition of harmful chemicals and ensure conservation of resources.

In fact, this age-old wisdom continues to inspire and guide farming communities in parts of India. Take the example of India’s coffee sector. The
history of commercial coffee cultivation in the country is relatively more recent and dates back to the 18th century. The North Eastern Himalayan state of Sikkim, for example, is world’s first fully organic state. It spent 13 years converting 75,000 hectares of land to organic agriculture. According to estimates, over 66,000 farming families benefitted from the policy, which however reaches beyond organic production and proves truly transformational. According to UNCTAD, the effort has increased farmers’ income by 20% and avoided the deterioration of human health and degradation of the environment that other states are experiencing.

Situated in the cradle of undulating hills of Darjeeling, Darjeeling Organic Tea Estates Pvt Ltd’s Ambootia was selected as a Model Organic Farm by the Food and Agriculture Organization (FAO), IFOAM, and Tea Board of India (Govt. of India). The initiative dates back to October 1968, when a landslide had occurred (described as Asia’s largest by BBC) in Ambootia Tea Estate, leaving it to ruins. Thereafter a team of Polish researchers were invited to study the causes behind it and d ways of rejuvenating the damaged, washed-o area. Accordingly, the estate initiated re-vegetation and reforestation work through a three-layer system comprising of grass, shrubs and tree seeds in the landslide affected area. The brand has a multi-pronged approach to sustainable production: natural farming, harvesting hydro energy, low resource consumption, and using biodegradable filter mesh.

Today, DOTEPL’s organic tea is exported to over ten countries. According to the company, “Environmental value generation through biodynamic and organic farmng practices at DOTEPL is much higher compared to conventional tea producers as the relative impact through conventional method ranges between -€150 to -€200/hactre/year.” Besides large players like Tata, a number of companies like Organic Tattva, 24 Mantra, Organic India and Praakritik are leading the way in this sector.

The biochar used in Bangladesh for a pilot study was produced from crop waste in soil-pit kilns. During the trial, yields from crops produced in biochar-urine enriched soils were compared to crops grown on soil to which this fertilizer had not been used. The results showed a yield increase over 100%. This was also an economically better option as it decreases production costs, reduces the need to buy fertilizer externally and improves soil fertility, resulting in a yield increase.

Approximately 40% of Kenyan tomatoes goes to waste after harvest due to logistical problems and overproduction. In a Kenyan village, a Drying Hub has been set up under the “The Ketchup Project” also known as “Sauce with a cause”. The project supports farmers to reduce their waste by stimulating them to dry their tomatoes and transform them into ketchup. Not only did this solve the problem of food wastage, it also generated more money for the country’s farmers.

The circular economy concepts of ‘reduce, reuse & recycle’, which are at the core of the organic food movement, look well poised for a promising future. The biggest drivers of the circular economy will ultimately be consumers, who are increasingly prioritising healthier, cleaner and planet-friendly lifestyle choices, especially post-COVID. Moreover, the pandemic has awoken the world to the fragility of a linear food system. Driven by this
trend, IMARC projects that the Indian organic food market will post a CAGR of around 24% during 2021-2026. Exports of organic food products rose by 51% YoY to US$ 1 billion (Rs 7,078 crore) in 2020-21 (Dept of Commerce).

The Indian F&B industry must ensure that it leverages these opportunities. By capturing these opportunities, Indian F&B industry could build a food and agricultural system that leverages the current small-farm structure to create a network of farmers, F&B companies, and policy makers committed to regenerative approaches. This could entail farm level practices such as phases out toxic materials and using practices like crop rotation to industrial practices such as processing plants to increase their shelf life and using sustainable packaging.

Government too has taken ample initiatives to support circular economy. Schemes such as Mission for Integrated Development of Horticulture (MIDH), National Food Security Mission (NFSM), National Mission for Sustainable Agriculture (NMSA) and National Programme for Organic Production (NPOP), are focussing on accreditation and standards for organic production and promotion of organic farming. Farmers are also benefiting from improved logistics and processing infrastructure and market linkages, especially with modern e-commerce and hypermarket formats that are well structured and highly efficient.

Enquiry for Circular agriculture and the Indian F&B value chain