“Migration is not a very effective solution to alleviate poverty”

Prof. C.S.C.Sekhar, Professor of Ecoomics, Institute of Economic Growth tells TPCI that the absence of a holistic and integrated outlook on agriculture and rural development is the reason for the exodus of migrants in the face of the COVID-19 crisis. He points out how the paucity of labour will impact the incomes of farmers. He opines that a long-term plan for agriculture and rural development needs to be drawn up based upon the core objectives and resource constraints. 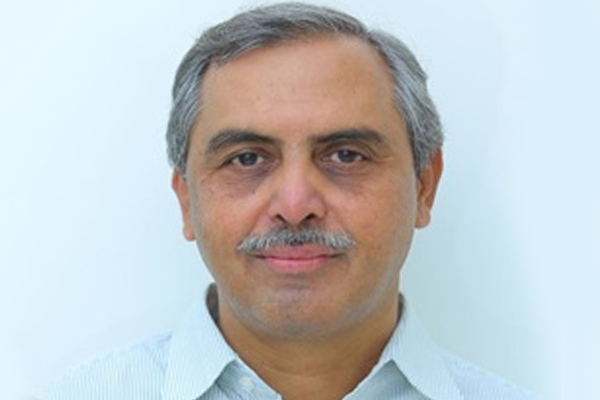 TPCI: What, in your opinion, are the reasons responsible for the large-scale exodus of migrants from cities to villages? How do you see the near-term impact of this on India’s economy after the lockdown is lifted?

Prof. C.S.C. Sekhar (CS): This is a clear indication of the need to rethink our rural development paradigm. The reason for such large-scale migration is the absence of holistic and integrated outlook on agriculture and rural development.

A major proportion of the migration in India is rural-to-rural migration, about 46% as per Census 2011, mainly for agricultural labour. The rural-to-urban migration is half of this at 23%, mainly for non-agricultural employment. The sudden lockdown, although very essential at this stage, had the unintended effect of these migrants facing a lot of hardship. In hindsight, the administration could have set up relief camps in large cities like Delhi and Mumbai in various schools and other institutions that were already shut by then. This could have reduced the sudden rush of migrants to their native villages and minimized the risk of infection.

One important concern is that, immediately upon the withdrawal of lockdown, there will be rush in the reverse direction. This could seriously jeopardize the health of the workers and could defeat the purpose of the lockdown. Therefore, withdrawal of lockdown needs to be phased out and gradual. Also, the workers need to be provided with immediate direct payments to ensure minimum sustenance and to dissuade them from rushing back to work.

This crisis is a serious challenge to agriculture and rural economy in the county. There will be sectoral as well as economy-wide effects. With the sudden immobility of rural labour, their daily earnings are seriously impaired. Also, because of the non-availability of labour needed for harvesting, many crops may waste away in the fields or the farmers will be forced to indulge in distress sales. This will impact the incomes of farmers. This erosion in incomes of both farmers and agricultural labour will certainly impact the rural economy from the demand side. This is in addition to the short term supply disruptions. Similar disruptions of supply and erosion of incomes are the most likely scenario in the urban informal sector, where most of the seasonal migrants are employed.

Immediately upon the withdrawal of the lockdown, there could be sudden rush of market arrivals of agricultural produce, which could put downward pressure on prices. This is also a concern for the farmers.

TPCI: The large-scale migration appears to support the view in favour of large-scale decentralisation of the Indian economy, so that people in remote areas need not migrate to cities. What is your persddpective on this?

CS: Migration is not a very effective solution to alleviate poverty. Evidence shows that 81% of the worldwide reduction in rural poverty can be attributed to improved conditions in rural areas and only 19% to migration (World Development Report 2008).

Studies indicate that the temporary and seasonal migration for employment in India is about 13.6 million annually – seven times larger than permanent and semi-permanent migration. These migrants mainly belong to the poor and lower socio-economic categories in contrast to permanent/semi-permanent migrants.

Such temporary and seasonal migration provides employment not only to landless households but also to households with meager landholdings. There are nearly 10 lakh landless households in India for whom wage labour is the predominant source of income (Key Indicators of Situation of Agricultural Households in India, NSSO 70 Round). In addition to the landless, wage labour is also a major source of income to the 70% of the agricultural households that own less than one hectare. Nearly 35% of rural income is derived from wages/salary and this proportion rises to 63% for the lowest land classes. Thus wage labour, together with agriculture (cultivation plus animal husbandry), forms the major source of sustenance to a majority of the rural population. Thus we need to think of a holistic approach towards rural development, by integrating farm and non-farm activities, backed up by development of human capital for long-term development.

TPCI: How can rural India’s contribution to current GVA be augmented? And what role do you see for rural India in the development of the economy, in farm and non-farm sectors?

CS: There are mainly four planks on which the rural development strategy needs to be based

b) Growth in agriculture is at least two times more effective in reducing poverty as compared to non-agriculture (World Development Report 2008).

Another very important reason is that the agriculture is the only sector (along with construction), which absorbs illiterate and semi-literate segments of the work force (as labour), while non-farm sectors employ relatively better-skilled.

Last, but not the least, education and health facilities need to be vastly improved in the rural regions. As Professor Amartya Sen argued, these will help build the capabilities for the rural populace and help them make use of the economic opportunities that come with growth.

TPCI: What should be done to facilitate the industrialisation and development of rural regions in India? What are the key sectors that should be developed to promote gainful employment?

CS: The basic industrialization strategy in rural India needs to be agriculture-based. Industrial units that can use inputs from agriculture and use the skills of the local populace with little training need to be thought of. For example, dal mills, milk chilling and distribution centres, honey making units, rice mills etc may be set up with local initiative. These are not difficult as there are many enabling programs by the government. All that is needed is integrated planning and implementation. One very important thing is the involvement of the people and local level institutions, such as gram sabhas, at all stages. Such involvement is crucial for the success of these initiatives.

TPCI: What suggestions would you like to offer at the policy level to ensure that the rural economy becomes as vibrant and attractive for jobseekers?

CS: The crisis may also be seen as an opportunity to usher in the much-needed reforms in our rural development paradigm. The first reform should be to move away from price and input subsidy based approach to direct income-based approach in agriculture. When ensuring a minimum income for the sustenance of farmers and rural workers is the objective, a direct income transfer may be better policy instrument than the indirect instruments such as output price support or input subsidies.

The second and third reforms are administrative in nature. As agriculture is a state subject, decentralization of agricultural programs and autonomy to the states in the design and implementation of farm programs is needed, with accountability for measurable outcomes.

There are major flagship programs of these ministries such as MGNREGS, PMGSY, NRLM of the Ministry of Rural Development and Panchayati Raj (MoRD&PR) and RKVY, NFSM etc of the Ministry of Agriculture & Farmers Welfare (MoA&FW). There is an enormous scope for functional and financial convergence across these two key ministries. Involvement of the local level institutions and civil society is also needed.

Let me illustrate how convergence can be achieved using these programs. Suppose there is a village planning for a connecting road to the APMC market under RKVY. This village can use the PMGSY funds for material and MGNREGS for labour. Similarly, if there is a village under NFSM program making impressive gains in production of pulses. In this village, a dal mill can be set up with the initiative of the women SHGs under the NRLM program. The women can also be trained and provided with credit facilities to undertake the marketing. In fact, many activities under the district agricultural plans (C-DAPs) of RKVY may be converged with one or more of the programs of MoRD&PR.

At present, there is some convergence at the district level but there is a need for such convergence right at the planning stage. This needs to be addressed at the highest levels of policy making and execution – at the ministerial and secretarial levels of the government.

C.S.C. Sekhar is currently Professor of Economics at the Institute of Economic Growth (IEG) and former Honorary Director of Agricultural Economics Research Centre, University of Delhi, India. He received his Doctorate in Economics from the Delhi School of Economics and Bachelor’s degree in Law (LL.B) from Delhi University. He has nearly 30 years of experience in research and teaching. His areas of teaching and research span applied econometrics, agricultural markets; price formation, international commodity markets and agri-trade. He is a recipient of the Fulbright-Nehru Senior Research Fellowship in 2012-13; DK Desai Award for the best research paper in Agricultural Economics in 2003 and was a medal finalist at the GDN (Global Development Network) conferences in 2004 and 2008. He has published widely and many of his research papers have appeared in national and international journals of repute. He has been a consultant to organizations such as IFPRI, FAO, UNCTAD and Oxfam. He regularly contributes articles on contemporary policy issues to popular national newspapers.