Global trade for the new decade

• Global economic growth is projected to be 3.3% in 2020 and 3.4% in 2021, according to the IMF’s latest World Economic Outlook.
• Technologies are driving development. Satellite data, artificial intelligence and cloud computing are being used to detect illegal mining, tackle deforestation and manage freshwater resources; drones and machine learning are increasing crop yields.
• A less visible, but equally crucial, threat to the global economy is the erosion of multilateral rules, which for the past seven decades have served as the basis for global cooperation and prosperity.
• In order to minimize the global trade risks, the IMF calls for stronger multilateral cooperation, especially in the areas of trade, cybersecurity and the effort to curb climate change. 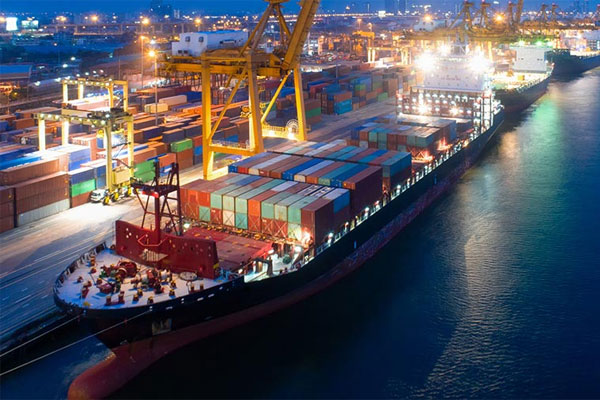 The World Economic Forum’s Annual Meeting 2020 had its valedictory session on 24th January 2020, when Borge Brende, President of World Economic Forum addressed the 50th Annual Meeting in Davos. Eminent policymakers and economists like Zhu Min, Steven Mnuchin, Olaf Scholz, Kristalina Georgieva, Haruhiko Kuroda and Christine Lagarde discussed the global economy, the challenges, opportunities and predictions. Eclectic matters were discussed relating to global trade and investment policies, future of internationalization, factors influencing global business, etc. This article tries to highlight some of the issues that were extensively discussed during the forum.

Over the past 12 months, there has been an escalation in the use of tariffs as a trade weapon. The US has imposed duties on US$ 360 billion worth of Chinese products while China has set retaliatory tariffs on imports of US$ 110 billion worth of US goods, with threats of more to come. The enactment of export controls on technology sales to Chinese companies hurts not just those firms, but also American businesses with commercial relationships with China. A less visible, but equally crucial, threat to the global economy is the erosion of the multilateral rules, which for the past seven decades have served as the basis for global cooperation and prosperity. The WTO is confronting its most fundamental crisis since its creation, in particular in relation to its system for the orderly settlement of trade disputes.

Without a strong global infrastructure for cooperation, cross-border interactions would instead be accompanied by frictions, greater unpredictability and heightened risks for dispute escalation. Business ability to plan and invest for the future would be greatly hampered, driving an increase in unemployment and fuelling the likelihood of growing domestic dissatisfaction. The gains in productivity and innovation from recent decades would likely be replaced by permanently heightened risks of geopolitical and local conflict, as well as economic stagnation.

A truly “digital economy” is one in which businesses from across the industrial spectrum invest in digital capabilities and make the most productive use of them. As digitalisation continues to transform the economy, and the line between offline and online businesses further blurs, concepts such as “digital markets” and “digital economy” may become redundant. Digitalisation and online platforms provide numerous benefits to firms and consumers, including increased choice and economic opportunity, but they can also raise market concentration and competition concerns. Features of many digital platforms such as multisidedness, zero-price, use of data, network effects and competition for rather than in the market have led competition authorities to rethink traditional tools. In doing so, they have taken diverse views of consumer welfare standards and the ability of digital markets to self-correct. As a consequence, international differences have emerged, adding to trade tensions and impediments in framing global standardized trade policies

With competition governance questions entering mainstream political discourse, there is a need for a balanced, evidence-based reassessment of the proper role of competition and trade policy. A common vision in this area may also provide a valuable basis for related debates on approaches to industrial policy, the role of the state in the economy and distributing the gains from digital innovation.

Global economic growth is projected to be 3.3% in 2020 and 3.4% in 2021, according to the IMF’s latest World Economic Outlook. There are signs that manufacturing activity and global trade have reached their lowest point. If these early signs of stabilisation persist, both consumer and business spending are likely to improve, further boosting the economy. Other risks which may dent future economic growth include rising geopolitical tensions, social unrest and more protectionist trade policies. Overall, the IMF points out that downside risks remain prominent, and warns there could be a rapid shift in financial sentiment, if those risks become a reality. In order to minimize these risks, the IMF has some specific policy recommendations. It calls for stronger multilateral cooperation, especially in the areas of trade, cybersecurity and the effort to curb climate change.

Overall, the increased awareness of the interdependency between trade and FDI brought about by GVCs implies that transaction costs for divergent or opaque regulatory measures do not just affect trade flows but have important effects on investment as well, particularly FDI linked to GVCs. In this context, GVCs heighten the importance of reducing transaction costs from domestic regulations, without compromising the achievement of legitimate public policy goals. Generally, trade and FDI costs from domestic regulation stem from two factors: how restrictive regulations are and the extent to which they differ across the markets in question. This paper focuses on the latter, discussing the benefits of and avenues for promoting regulatory convergence from a GVC lens.

The rise of GVCs has created opportunities for SMEs and developing country firms to better integrate with the global economy. They participate as important suppliers of goods and services in international supply chains. To gain the benefits of learning-by-exporting, it is preferable to be exporting multiple products to multiple markets. Gains in productivity and innovation from recent decades would likely be replaced by permanently heightened risks of geopolitical and local conflict, as well as economic stagnation.

Technologies are driving development. Satellite data, artificial intelligence and cloud computing are being used to detect illegal mining, tackle deforestation and manage freshwater resources. Drones and machine learning are increasing crop yields, e-learning is making education cheaper and more accessible and smart grids and solar panels are bringing electricity to underserved rural areas. If managed well, digitalization can open up new pathways for regional integration, economic development and prosperity. However, gains from 4IR are unevenly distributed, both between and within countries.

Strengthening basic digital infrastructure will mean lowering the cost of capital and internet in developing countries, developing public-access solutions and sharing digital infrastructure. In terms of data infrastructure, there is a need for governments to build capabilities and frameworks around the classification of data and lay down data standards. Companies need to lead on the collection and processing of data. Connectivity must improve. ITU (International Telecommunication Union) data suggests that only 25% of people in sub-Saharan Africa have access to the internet, compared to the global average of 50%. Within Africa there is significant disparity in internet access and use penetration lags behind in landlocked countries, in rural compared to urban areas, and between men and women, who tend to have less access to digital technologies and skills.

World trade is being influenced by many parameters which will be crucial till next decade. To leverage the power of trade, it is important to strengthen the architecture of the global trading system so that it can serve the world for many years to come. Now is the moment to reaffirm the importance of a predictable and inclusive, rules-based system. This will require concrete, concerted action by government, business and civil society to reform global economic governance and support the global good.

Enquiry for Global trade for the new decade