FDI in India: Below the tip of the iceberg

• Studies reveal a strong and positive correlation between FDI and export growth. Apart from acting as an engine for technology transfer (or diffusion), FDI also stimulates domestic investment & manufacturing competitiveness, expands domestic savings & increases foreign exchange reserves thereby correcting Balance of Payments.
• Manufacturing sector is only able to receive 20.44% of total FDI in India, whereas the services sector receives more than 70%. This inequality is constraining Indian manufacturers and exporters of industrial products from reaping the benefits of investment.
• India’s FDI policies have been heavily liberalised in the past few years, which have also spurred an acceleration in FDI inflows into the country.
• Delhi, Mumbai and Bangalore received about 72% of India’s FDI and rest all states are managing in just more than a quarter of the aggregate FDI of US$ 460 billion. This indicates the goal of making robust tier II and tier III cities with modern technical facilities could still be daunting. 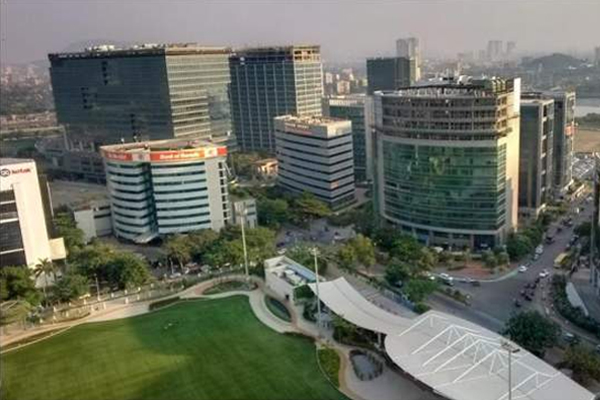 The role of FDI in the export growth trajectory of the host country has long been a topic of discussion. Several  discussions and studies reveal that there is a strong and positive correlation between FDI and exports growth. Apart from acting as an engine for technology transfer (or diffusion), FDI also stimulates domestic investment, manufacturing competitiveness, expand domestic savings, increase its foreign exchange reserves thereby correcting its Balance of Payments position.

Thus, attracting and making foreign direct investments (FDI) lucrative is a key element of government policies for creating business and export opportunities for the indigenous firms and to stimulate economic growth. Apart from a stable source of capital compared to other capital flows, it is also proven that multinationals have the ability to contribute additively to the performance of local entrepreneurs by transferring advanced technologies and valuable knowledge not available in the recipient country. The potential implications that can arise from inward FDI have induced policymakers to investigate the effects of these investments deeper.

Foreign Direct Investments are defined as a form of cross-border investments that include equity capital, reinvested earnings and intra-company loans between parent and affiliate enterprises. This relationship has a degree of influence over the enterprise involved if the direct investor owns 10% or more of the voting stock or shares of this company. Since the early 1990s, FDI flows have risen dramatically for three main reasons. Firstly, technological improvements in communication, transportation, and information processing have sped the transactions. Secondly, due to changes in patterns of international competition, capital flows between developed countries have been liberalized and integration in Europe has moved forward. Thirdly, developing countries have broken barriers that restricted FDI inflows to their countries and today they continue forming regulations to encourage investments from abroad.

The success stories of East and South-East Asian countries suggest that FDI is seen as a powerful tool of export promotion for the domestic country. Foreign firms bring with them many intangible assets in the form of technology, skills, brand names, advertising strategies, global value chains, globally established marketing channels and experience of operating in international markets. Therefore, foreign countries can be instrumental in promoting exports from the host countries.

If we broadly analyse the FDI policies of India, we will observe that, in past four years, our FDI policies have been made extremely liberal, with most of the sectors allowed to receive up to 100% FDI and that too through automatic route where no permission is required. For example, if we see single brand retailing, e-commerce, greenfield pharma, manufacturing of defence products, construction and many others, all are under the category of 100% FDI limit which depicts one of the most liberal FDI policies Indian have ever experienced. FIPB was phased out to further facilitate the investors, where procedural framework can be minimized.

As per the graph, India’s FDI inflow has sharply surged in last decade after FDI policies started becoming somewhat liberal. Also, if we see, from 2014-15 to 2018-19, there is a continuous proliferation in FDI inflows, mainly in the services sectors. Over all cumulative FDI of India from April 2000 to 2019 December crossed US$ 460 billion mark. These figure looks quite impressive when it is looked at aggregated level, but once if we analyse the FDI patterns at disaggregated level, we will get to see a different outlook.

Manufacturing sector is only able to receive 20.44% of total FDI, whereas services sector receives more than 70%. This inequality is abstaining Indian manufacturer and exporters of industrial products to reap the benefits with competitive prices and quality as they are unable to offer these while selling at foreign markets. This scenario looks more exacerbating if we see the state’s FDI figures. Delhi, Mumbai and Bangalore received about 72% of India’s FDI and rest all states are managing in just more than a quarter of US$ 460 billion. This means the idea of making robust tier II and tier III cities with modern technical facilities still looks utopian as capital (FDI) is not channelized uniformly. Capital is an imperative instrument for making tier II and tier III cities into smart cities.

Citing a report by McKinsey, workers in India’s manufacturing sector are almost four times inefficient, on average, then their counterparts in Thailand and China. This is not just due to insufficient skills, but also because the size of the industrial units is too small for attaining economies of scale, investing in modern equipment and developing supply chains. This means that requisite platform for establishing and reaping economies of scale is missing majorly. Other auxiliary parameters like labour laws, infrastructure, need to be looked upon if serious outcome from FDI in manufacturing is expected. A clear need is cogently visible to diversify our FDI inflows, sector wise and state wise, which will bring down the inequality.

Enquiry for FDI in India: Below the tip of the iceberg