India ranks third in the pharmaceutical industry in terms of production volume (10% share) and fourteenth by value (1.4% share) worldwide. India has exported drugs & medicines worth US$ 15.5 billion during 2014–15 to over 200 countries. Generic drugs and OTC medicines account for over 90% share in the country’s pharmaceutical revenue. The US is the largest importer of Indian drugs. India has one of the lowest manufacturing cost in the world, approximately 35–40% lower than the cost of production in the US as installation and workforce costs are low.

The global healthcare industry stood at US$ 7.6 trillion in 2013 accounting for 10.6% share in global gross spending. The Indian healthcare industry has just touched US$ 100 billion in 2015 which is just over 1% to the global figure in 2013. Private sector has played a major role in the boosting of this industry, however it is still small or even tiny compared to the global market.

The sector can prosper and grow internationally, especially by supplying to meet the demand of the developed world by exploiting its competitive and comparative edge. 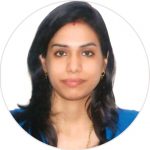