Trade Promotion Council of India organised a webinar on Trade and Investment Opportunities in the Latin American Region. The panel constituted Hon’ble Ambassadors of Argentina, Chile and Mexico to India, who deliberated on the positive momentum and potential of India-Latin America relations. 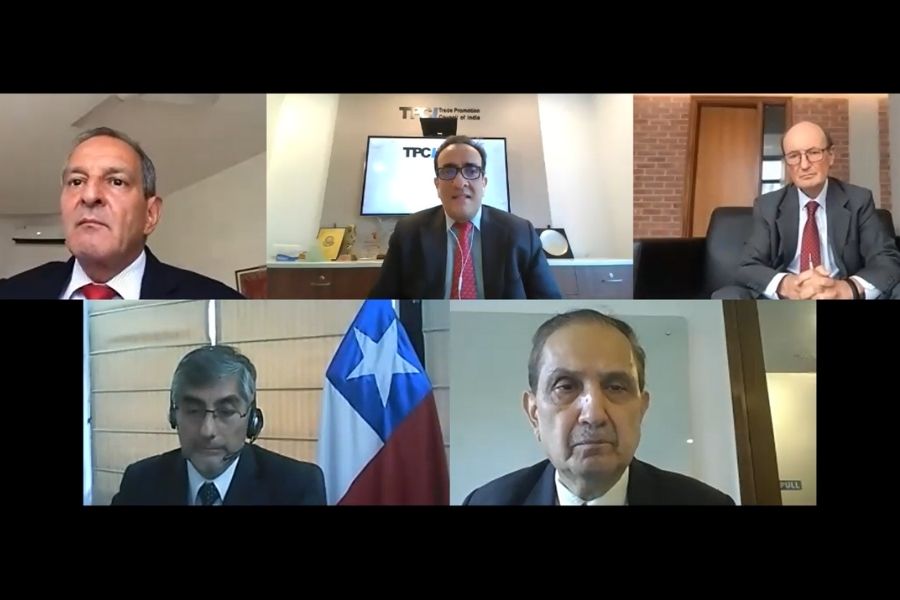 Trade Promotion Council of India organised a webinar on the topic “Trade & Investment Opportunities in the Latin American region” on 15th June 2021.

Over the years, Latin America has become a key region of interest in India’s foreign policy. It is well acknowledged by policy makers and businesses on both sides that there is immense untapped potential in the bilateral relationship. On a positive note, business relations between India and Latin America have been on a steady growth path over the past few years, as they increasingly explore opportunities to leverage mutual synergies in terms of trade, investment and even market access.

We were honoured to have a highly esteemed set of panelists who provided enriching perspectives and views on the strong points, challenges and future areas of collaboration between India and Latin America. They also highlighted important areas of potential for trade and investment for companies in both regions.

• HE Mr. Hugo Gobbi, Ambassador of Argentina to India

• HE Mr. Federico Salas Lotfe, Ambassador of Mexico to India

Enquiry for Webinar on Trade and Investment opportunities in Latin America