The Trade Promotion Council of India organized an interactive webinar on “Hydrogen: The key to a carbon free future?” on Thursday, October 28th, 2021 at 3:00 pm IST. 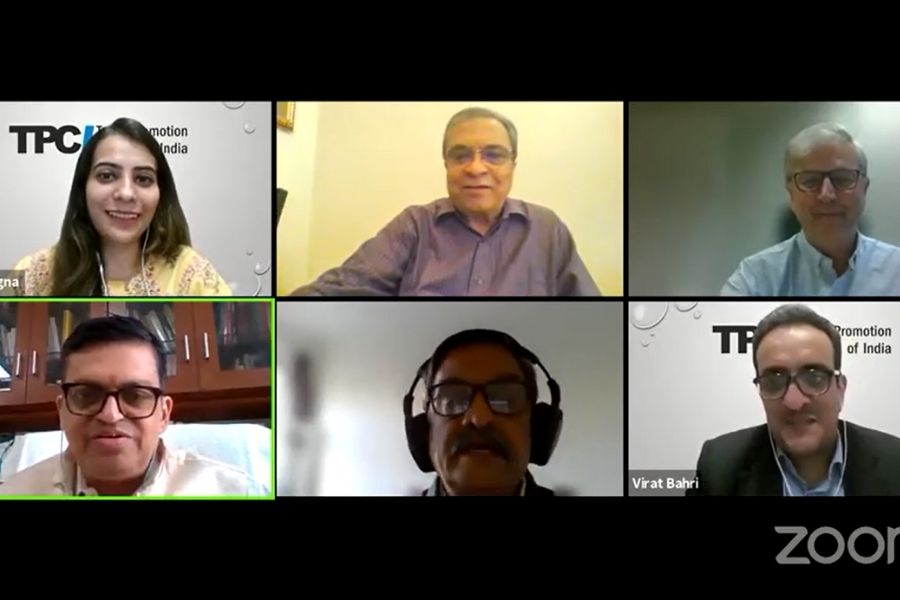 Climate change is inevitably one of the most perilous man-made challenges of the 21st century. As global temperatures soar and weather patterns become more erratic, there is hardly any facet of life that has been left untouched. For example, frequent cyclones will create logistical challenges related to shipping products while the rise in sea levels will have an adverse impact on marine ecology, thereby hurting India’s seafood exports. Thus, the Swiss Re Institute warns that if global temperatures rise by 3.2°C, it could dent 18% of the GDP of the worldwide economy. Such changes are indubitably bound to hit trade and the economy.

To combat climate change, countries across the world are exploring various forms of renewable energy such as wind and solar energy. Green hydrogen (i.e. hydrogen produced by using renewable energy) and blue hydrogen (i.e. hydrogen made from natural gas through carbon capture, utilization and storage) are the latest arsenal in the global fight against climate change. Green hydrogen, particularly, is touted as the cleanest form of energy as it has zero carbon emissions.

Reckoned as the most abundant element in nature, hydrogen has multifarious applications – ranging from transportation and marine sectors to refineries of petroleum and the steel and fertilizer industries. Taking the example of the transportation sector, hydrogen fuel cell vehicles offer numerous advantages like lower operational costs, better range & greater reliability. The US, Germany, Japan, South Korea, and China have already deployed hydrogen-fuelled cars and buses in their respective countries. In the case of India, according to an estimate by TERI, demand for hydrogen in India is expected to increase 3-10 fold by 2050.

Taking cognizance of the versatility of hydrogen, India aspires to become the global leader in the production and exports of hydrogen over the next few years. Therefore, the government has started taking requisite policy measures to facilitate its easier adoption. In addition to the National Hydrogen Mission, it is mulling a proposal to make it mandatory for user industries to produce or procure green hydrogen. Commencing in 2023-24, oil refineries will have to use green hydrogen for meeting 10% of their requirement. This will rise to 25% in the next five years. Fertilizer makers will start with 5% green hydrogen, which will ascend to 20%. The proposed scheme will eventually be extended to the steel and transportation sectors.

While the government’s ambition has to be lauded, a serious question that arises is that is the country ready to adopt this fuel? This webinar on hydrogen delves into these challenges and their possible resolution.

Following is a detail of the esteemed participants in the webinar:

Enquiry for Webinar on Hydrogen: The key to a carbon free future?