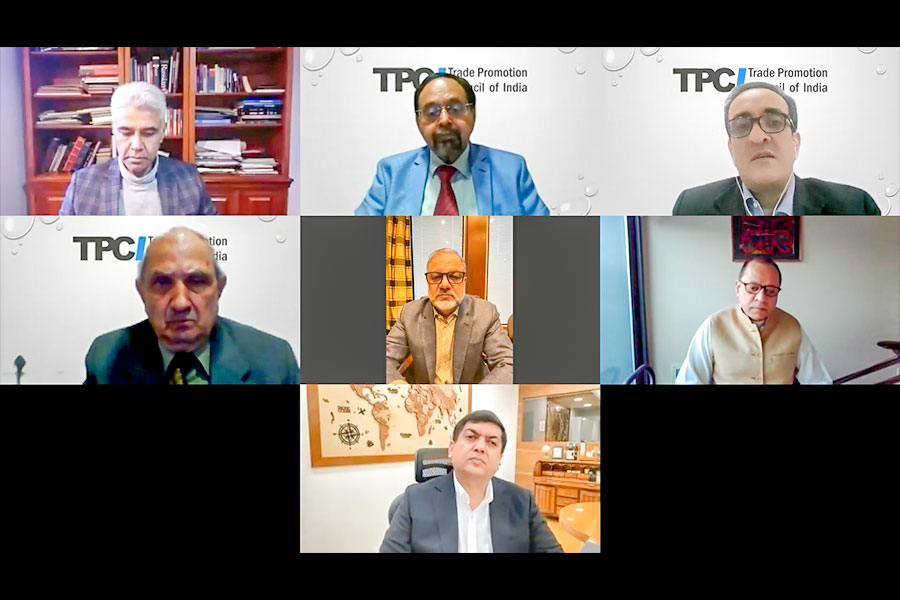 Trade Promotion Council of India, in collaboration with the Consulate General of India, Vancouver, organised an interactive panel discussion on F&B Trade & Investment Opportunities between India & West Canada on February 22.

Canada is a key trading partner for India in the North American region. Two-way trade between India and Canada increased from US$ 3.21 billion in 2010 to US$ 6.8 billion in 2019, before dropping to US$ 5.6 billion in 2020. India’s exports to Canada were recorded at US$ 2.8 billion in 2020, which is just around 0.7% of Canada’s imports from the world. India’s share in Canada’s F&B imports, on the other hand is around 1.31%, which is well below potential.

The webinar focussed on trade and investment opportunities for Indian companies specifically in the region of West Canada, which includes British Columbia, Alberta, Saskatchewan, Yukon and Northwest Territories.

Following is a list of the esteemed panellists who were a part of this discussion:

The panellists shared detailed insights into key areas of interest, including:

● Trends in the F&B market and sensitivities of Canadian customers

The session was well attended and appreciated by participating stakeholders from both countries.