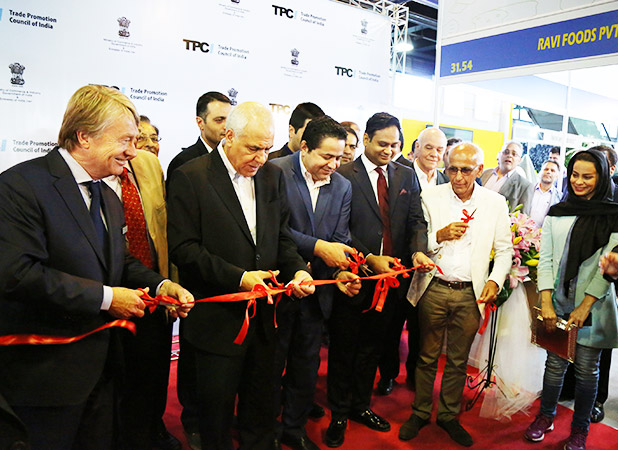 The Mega-Event was jointly organized by the German giant Fairtrade and Iranian organizer Palar Samaneh Co. and included 633 exhibitors and 40,000+ visitors, from more than 40 countries, including 11 National Pavilions. In conjunction with Iran Food + Hospitality and Iran Agro a total of 1,443 exhibitors from 49 countries participated at Iran Agro-food this year.

The India Pavilion was organized by TPCI, with a participation of 66 Indian companies. The Indian Pavilion was inaugurated by Mr. Esfabodhi, Vice-Minister at the Iran Ministry of Trade, Industry & Mines, and the CMD of Iran International Exhibitions Company (IIEC).