• The WTO’s Agreement on Agriculture contains a “peace clause”, which regulates the application of other WTO agreements to subsidies in respect of agricultural products as per article 13.
• During a panic situation, WTO or any other developed economy cannot penalize India for escalating and proliferating the quantum of support, mainly dealing with food security either domestically or globally.
• India has informed the trade body that the value of its rice production was US$ 43.67 billion in 2018-19 and for that it provided subsidies worth US$ 5 billion, which is in excess of the prescribed 10% ceiling.
• On the other hand, the situation of major rice importing economies like Iran, Saudi Arabia, Indonesia, Benin and Iraq is tricky, as many rice exporting countries like Vietnam have put a ban on essential exports. India can play a role of  a saviour to these countries by supplying rice as mentioned. 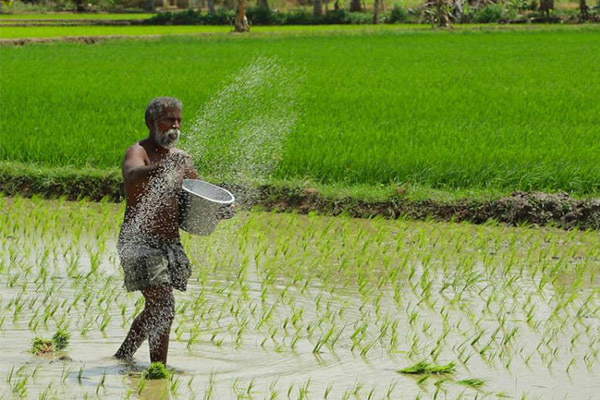 As per “Article 13” of the Agreement on Agriculture  (AoA), a peace clause protects (mainly) developing countries using subsidies, which comply with the agreement from being challenged under other WTO agreements.

This was the original version of the WTO, as until 2013’s Bali round of negotiations, food security was not the official reason for which peace clause can be implemented. So, during a pandemic like Covid-19, when almost every country is concerned about food security,  limits on subsidies can surely be mitigated through a peace clause.

The Agreement on Agriculture contains a “peace clause”, which regulates the application of other WTO agreements to subsidies in respect of agricultural products (Article 13). The provisions provide that Green Box domestic support measures cannot be the subject of countervailing duty action or other subsidy action under the WTO Agreement on Subsidies and Countervailing Measures, nor can they be subject to actions based on non-violation, nullification or impairment of tariff concessions under the GATT.

Other domestic support measures, which are in conformity with the provisions of the Agreement on Agriculture may be the subject of countervailing duty actions, but due restraint is to be exercised by Members in initiating such investigations. Further, so far as the support provided to individual products does not exceed that decided in the 1992 marketing year, these measures are exempt from other subsidy action or nullification or impairment action. Export subsidies conforming to the Agreement on Agriculture are, to the extent relevant, covered by corresponding provisions.

How India can use Peace Clause?

India has been a net food exporting country and that too of primary agricultural commodities for the most part. Since there always had been pressure from WTO and developed countries like USA regarding breaching of domestic support and export subsidies limits, we remained conscious regarding these supports. But now, during a panic situation, WTO or any other developed economy cannot penalize India for escalating and proliferating the quantum of support, mainly dealing with food security either domestically or globally.

In fact, India is the first country to invoke peace clause in 2018-19 for supporting rice farmers. Let’s have a look at the data

India has used the peace clause of the WTO to provide excess support measures to rice farmers for marketing year 2018-19 in order to ensure domestic food security. Subsidies over and above the prescribed ceiling are seen as trade distorting. The limit is fixed at 10% of the value of food production for developing countries like India.

Coronavirus will cause tension on food products, especially since food products like rice come from outside. In the long term, there may be a shortage of agricultural products and especially food. Countries that rely heavily on imported food to meet demand, including sub-Saharan Africa, face disproportionate risk from supply chain failures, especially in the face of border crossing closures.

Currently, in our case non-Basmati Rice exports are below 35% as compared to last year so it can be offered to least developed and net rice importing countries on government-to-government basis or through private trade. This will restore India’s position as a major rice supplier post lockdown, because other countries will be struggling to meet the global demand. Given the fact that countries are banning exports and practising stockpiling, there is a demand of wheat and rice. India has a significant 20% stock of world rice, which can be exported, as India’s buffer to meet domestic demand is almost 21 MT.

There is a current stock of 77 MT with Food Corporation of India. Additionally, Rabi cultivation was healthy, so there is a scope of releasing excess rice in terms of exports. India should focus on exporting rice and other primary food products to those economies, which are currently facing a threat of food security. First, lets have look at net rice importing countries.

Iran, Saudi Arabia, Indonesia, Benin and Iraq are the top five net rice importing economies. Their situation will further exacerbate as many rice exporting countries like Vietnam have put a ban on essential exports. India can play the role of a saviour to these countries by supplying rice as mentioned. As we all know that the impact of Covid-19 will not be ephemeral, thus Indian policymakers can increase the support provided to farmers for increasing the volume of primary food products with an aim to export under peace clause, thus they need not to worry about breaching the subsidy limits.