When oil becomes a buyer’s market

• For the first time in global history, West Texas Intermediate (WTI) crude oil prices fell to -37.63 dollars per barrel on April 21, 2020.
• Steep decline in spot and one-month forward prices of WTI and other landlocked crude in the US exhibit risks of the storage limits within a sharp drop in inland demand and high, albeit gradually moderating production.
• Indian Strategic Petroleum Reserve (SPR), is only 37 million barrels, which is equivalent to 14-16 days usage at current rate of consumption. This clearly indicates that India’s balance of trade is not expected to get much the benefits with the current level of oil price.
• However, since India runs a current account deficit, it will gain from a lower oil import bill, which will help  soothe inflation. 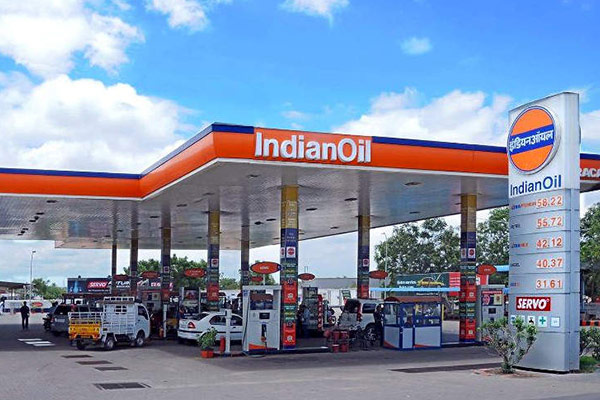 For the first time in the history, WTI crude oil prices fell to -37.63 dollar per barrel on April 21, 2020. This was the future price for May at the derivative markets. It plummeted to below zero, as the contracts were getting expired for the month of May, and there were no new demands generated as 90% of the world is facing a lockdown.

A negative price shows that sellers were paying buyers to take deliveries in a bid to avoid incurring storage costs. Steep decline in spot and one-month forward prices of WTI and other landlocked crude in the US exhibit risks of the storage limits within a sharp drop in inland demand and high, albeit gradually moderating production. OPEC plus and other oil producing economies have recently decided to cut the production of nearly 10 million barrels of crude, which is equivalent to a tenth of global supply, in hopes of boosting crashing prices due to the COVID-19 pandemic and a price war. However, US has not reduced its oil production till date.

Brent crude oil prices have collapsed below US$ 25 per barrel, as global demand is continuously plummeting. The pandemic has largely halted global travel and slowed down other energy-guzzling sectors such as manufacturing. Till so, Brent crude, which is the more relevant benchmark for India, has dropped by over 65% so far in 2020.

What China is doing?

Since oil is cheaper, the world’s second largest consumer of oil and its biggest importer China has been piling up huge reserves and needs energy to revive its economy. Hoarding inexpensive oil is critical for China, which has been working for years to bolster its emergency stockpile of oil reserves. As the country’s economy has grown leaps and bounds over the last two decades, China has become increasingly reliant on foreign oil. Last year, it imported 72% of the crude oil it consumed, the highest proportion on record ever.

The heavy dependence on foreign supply has spurred Beijing to focus on ways it can prevent energy shortages. In addition to requiring state-owned oil companies to increase production, the country has spent years working to increase the amount of oil it keeps in reserve. It is already stocking up its reserves to leverage the present situation of cheap oil at a feverish pitch. In coordination with its agencies, China has set an initial target of 90 days of net imports (around 80-100 million barrels), which could be further ramped up to 180 days.

The Positive Impact on Indian Economy

This impact of reduced oil prices would vary for different oil importing economies. Indian Strategic Petroleum Reserve (SPR), is only 39 million barrels, which is equivalent to 9 days of cover. At the other end, Japan has an oil reserve of 528 million barrels equivalent to 198 days. Among other leading nations, US has 730 MB, China has 550 MB and South Korea has 214 MB. This clearly indicates that India’s balance of trade is not expected to get much the benefits with the current level of oil price. There cogently seems to be a case to expand the strategic petroleum reserve and also storage capacity; mainly to fetch long run benefits, as it will still take a lot of time to shift to electric energy. This level of low crude price is a rare scenario, thus economy with robust storage capacity might take this opportunity and import crude at the lower price.

Another reason why expected gains from lower crude oil price will get offset to a large extent is weak demand. It is imperative to note that the current fall in global crude oil prices is not a pure positive supply shock, which benefits oil consumers like India but is also a weak demand-induced shock. Hence the positive impact on growth gets somewhat offset. The benefits from lower crude prices to India’s fiscal position will be limited as tax collections to the government from the petroleum sector get affected due to slowdown in economic activities owing to Covid-19 shock.

However, since India runs a current account deficit, it will gain from lower crude prices, as the oil import bill will narrow. Besides, lower oil prices will soothe inflation. It is expected that with every US$ 10 drop in crude oil price, there is an expected benefit of US$ 15 billion in current account balance. To further add, lower inflation will buttress the domestic demand post-lockdown period. Another positive aspect is India’s forex reserve which has increased by $62.7 billion since March 2019 making it no small comfort for an emerging economy.

In 2018, the government had approved two new caves of Strategic Petroleum Reserves. When complete, they can store for 11.5 days of oil requirement, and take India’s total reserves to 87 days (including 67 days of commercial stocks in refineries and armed forces stocks). But these will take 5-7 years to develop. The present crisis highlights the need for a more aggressive approach to expanding this asset for similar shocks in the future.

Enquiry for When oil becomes a buyer’s market