“We need to build capability and capacity in domestic production” 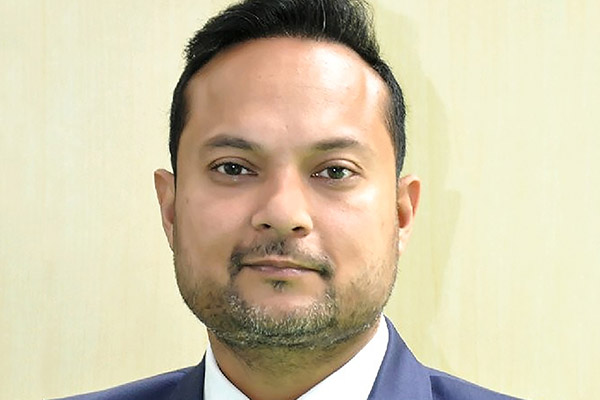 TPCI: Do you think that India has the necessary ecosystem (-e.g. infrastructure, innovation, zeal for R&D) to become the global hub for the production of medical devices? What are the critical gaps to be filled?

Mr. Gaurav Agarwal: The med-tech start-up ecosystem in India has got a boost because of the many tech incubators that premium engineering colleges like IIT have come up with. (I am personally also mentoring a few of them). So, that is a very positive development. Also, the policy environment now is more favourable than before with governmental agencies like Technology Development Board (TDB) and Biotechnology Industry Research Assistance Council (BIRAC) funding start-ups through their various schemes. While the funding is limited to technologies that can create a social impact, I think it is a step in the positive direction.

However, there is still a lot that needs to be done in areas of bringing a separate medical device law. Medical devices are still governed by the Drugs & Cosmetics Act, 1940. So, I think that the change needs to begin at the regulatory level, and you will see that percolating down to quality and some critical gaps being filled by domestic manufacturers.

TPCI: According to reports, the government is planning to have a single regulatory framework for all medical devices? What repercussions is this likely to have for the industry?

Mr. Gaurav Agarwal: Personally, we’re part of the domestic manufacturers association – Association of Indian Medical Device Industry (AIMED) – and we happily welcome the move to bring all the medical devices under a single regulatory framework. I think this will promote the culture of quality and will align domestic manufacturers to produce medical devices that are at par with the global standards.

TPCI: How can foreign firms be attracted to invest in the Indian medical device sector? What policy recommendations would you like to recommend to the Indian government to give a fillip to this sector?

Mr. Gaurav Agarwal: Being a domestic manufacturer of medical devices & equipment, I have a slightly different take on this. For a country of India’s size, we still import about 75% of our total consumption. In 2018, our import of medical devices was nearly 40,000 crores and it has increased by 24% despite the government bringing in price caps. I think that there is a need to come up with enablers for the domestic industry rather than attracting more foreign players. The size of Indian market is such that we do not need to incentivise foreign players to be present here. We need to build capability in domestic production by providing sops on import of components. E.g. In the stent industry, there is a tax of 10% on import of components to India; while for an imported stent, there is 0% customs duty. This inverted duty structure is indirectly giving a fillip to imports rather than boost domestic production. These kinds of policy gaps need to be addressed. We need to give tax breaks to start-ups. The access to capital for these start-ups is also very limited because of the liquidity crunch in Indian Financial Services sector. These factors are preventing the acceleration of med-tech start-ups in the country.

TPCI: How do Indian medical devices companies fare in comparison to their international counterparts and what can be done to make them more competitive?

TPCI: How will the government’s initiative of setting up medical parks help?

Mr. Gaurav Agarwal: It’s a step in the right direction; but just setting up parks won’t help. These Parks should have a single window clearance to set up a facility. The allotment of land and capital should be done at preferred rates. The parks should have testing and validation labs – for e.g., animal labs & internationally accredited medical device validation labs. We should also have regulatory agencies supporting these parks. Andhra Pradesh Med-Tech Zone in Vishakhapatnam is a successful example.

TPCI: What lessons can the country learn from its international counterparts in the medical devices industry?

Mr. Gaurav Agarwal: Globally, the medical device industry is growing at a rate of 5-6%. It is expected to reach half a trillion dollars within the next 5 years. This is fuelled by the rising geriatric population, growth in metabolic disorders, and in third world countries, the diagnosis of communicable diseases like STD, AIDS, etc. Global companies tend to invest 5-8% of their revenue on research & development; while Indian companies have some catching up to do. I think the domestic industry needs to start investing aggressively in building R&D Capabilities & new product development.

TPCI: How has your business evolved since inception and what are your domestic/global expansion plans? What are the major challenges you face in doing business?

Mr. Gaurav Agarwal: We’re one of the fastest growing Cath Labs in the country. In our second year of Commercial Operations, we have become the fastest growing and the most awarded Cath Lab in India. We have received several national & international awards. We’re now the only Cath Lab to be awarded the Prestigious Red Dot Design Award in Germany and The Good Design Award in Japan for our Cath Lab, Pinnacle.  We have been able to accelerate very quickly because we have been able to address a burning need in the Indian market. Cardiovascular disease is the number one killer in the Country accounting for nearly one fourth of all deaths and our Cath Labs are working towards reducing that rate of mortality by making Cardiovascular Care more accessible to patients in Tier 2 and 3 Cities. In record 9 month of launch of our Second Model, Pinnacle Agile, we have received CE mark approval for the Pinnacle Agile Cath Lab. We plan to replicate our Success internationally and target to export to 20 countries within the next 2 years

Some of the challenges that we are faced with include an unfavourable public procurement policy. Even today most government hospitals have USFDA & CE mark clauses in their tender, which discourages Domestic Industry.  We look forward to the Government supporting our aggressive growth plans domestically and Internationally by creating an enabling environment for Capacity Building and investment in R&D.