India’s merchandise exports: Time to get bigger and bolder

• Evolution of Indian exports mirrors the dichotomy in the Indian economy, a well-integrated, technologically advanced services sector, and a relatively lacklustre manufacturing sector.
• India’s merchandise exports have surged the highest towards LDCs in the past two decades, with growth at 16% followed by developing economies at 14% and developed with just over 10%.
• In the medium-term, India has immense potential to diversify by concentrating on value addition in sectors closely related to its current capabilities.
• Promoting ties in transfer of know-how, and technologies from advanced economies will help India catch up with global technology and quality. 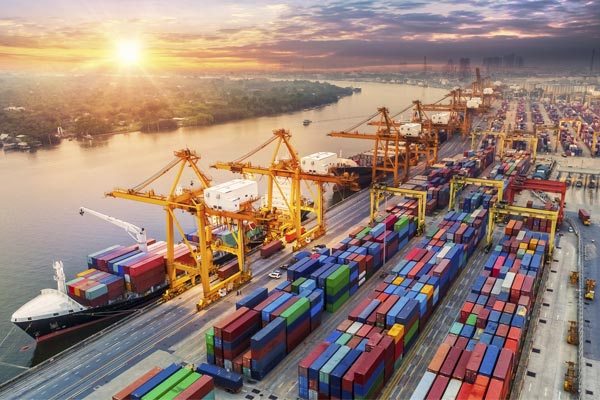 From 2001 to 2018, India’s merchandise exports surged from US$ 43.8 billion to US$ 323 billion, growing at a CAGR of 12.2% per annum. Several factors have played an important role in the recent expansion of exports including the growing integration of economies, and increasing contribution of trade to development.

Trade driven globalization is also manifested in the changing geography of the world economy today. Its key features include the emergence of a dynamic South as an additional (to the North) path for world trade and new investment, and an expansion in South-South trade in goods, services and commodities. Share of emerging markets in global trade increased from 38% 20 years ago to 63% in 2017 (Bloomberg). India’s share of trade with emerging markets has increased to 59% of total trade in 2017, from 36.5% in 2002.

Off the beaten path

Evolution of Indian exports has not followed a “textbook” or “gradual” pattern of most economies. It mirrors the dichotomy in the Indian economy, a well-integrated, technologically advanced services sector, exports of high technology & high-value added services, and a relatively lacklustre manufacturing sector exporting low-tech & low-value products.

The share of manufacturing exports and their level of overall value content is still low compared to its peers, especially in Asia. There is still much room to converge with other EMs in manufacturing quality and complexity.

Exports from India to Middle East have grown rapidly in the last two decades with a growth rate of over 15%, though some of these exports may be re-routed to other countries. Also, exports to Latin America are growing at a healthy rate of 17% over the last two decades, but the share remains small. The share of Middle East and North Africa has grown over 5% points over the last decade to over 20% of India’s total merchandise export. Similarly, Emerging Asia also accounts for a rising share of India’s merchandise trade at almost 20%.

India’s merchandise exports have surged the highest towards LDCs, with growth at 16% followed by developing economies at 14% and developed with just over 10%.  Most fast growing economies in the last two decades have experienced rapid proliferation in the share of manufacturing exports. For example, in 2018, manufacturing exports accounted for more than 80% of total exports in China, almost double the share during 1980s. Indian exports have transformed to a lesser extent. The share of manufacturing in total merchandise exports has increased to 60% in 2018 from 36% in 1990s (pre-liberalisation period). However, the high reliance on resource-based and primary products exports remains a matter of concern. Primary products account for almost 35% of merchandise exports. Agricultural products such as cotton, rice, tea, bovine meat and spices dominate primary exports. Automobiles, pharma, electronics and engineering products, precious stones and iron ore dominate the resource & value-added export baskets.

However, the share of high-tech and medium-tech manufacturing exports in total goods exports is substantially lower when compared to China or other EMs. Resource-based production and low-tech manufacturing still dominate the export basket. Manufactured machinery accounts for almost 10% of India’s merchandise exports, while textile and garments account for over 15%.

In the medium-term, India has immense potential to diversify by concentrating on value addition in sectors closely related to its current capabilities. For example, in addition to manufacturing auto components, it can diversify into high-quality & export-oriented automotive products. For more complex exports, India should leverage existing information networks, technology, and financial channels. Ongoing transformation would help growth through reallocation of resources to more productive sectors and productivity gains in specialized sectors.

Even though exports to emerging and developing economies have increased, the potential to expand them further is substantial. India can also benefit by increasing intra-regional trade integration.

Although protectionism limits the potential upside in exports that India can expect, it should leverage international trade as a tool to both improve its competitiveness and manage its high trade deficit. In the more recent past, India has already set an example by reducing its value imports of mobile devices by 57% between 2016-17 and 2018-19. But not all imports are bad, as Prof Manoj Pant, Director, IIFT, comments, “For one, it should be recognized that increased exports also entail increased imports. Hence, one needs to avoid protective tendencies as reduced imports could also reduce exports. Focus should be on promoting a value chain as a whole rather than only exports.”

Promoting ties in transfer of know-how, and technologies from advanced economies will help India catch up with global technology and quality. In light of past experience on free trade agreements, India must only take up deals that do not overtly burden its domestic enterprise, and also provide sufficient opportunities to enhance exports.

To realize the benefits of international trade, India will need to continue with trade liberalization policy to reduce at- and behind-the-border costs, which remain high relative to its peers. It will also require liberalizing FDI, creating an enabling environment for investment, and higher spending on hard & soft infrastructure to support future exports expansion. Furthermore, encouraging technical innovations by MSMEs and integrating the informal sector would not only boost exports, but also help create jobs and make overall growth more inclusive.

Enquiry for India’s merchandise exports: Time to get bigger and bolder