Solar rooftops: Crossing over to the brighter side

• Harbouring over 1.3 billion people, India, the world’s second most populous country, will be home to over 600 million urban dwellers by 2030. This will require smart solutions for conventional problems like finding sustainable channels for meeting their energy requirements.
• Solar rooftops are a welcome strategy that the government is adopting in order to cut carbon emissions generated by the power sector by using coal, improve energy security and diversify energy infrastructure.
• Despite the efforts, this technology has not been that successful in terms of its adoption in the country, with investors citing policy uncertainty, financial & technical barriers as the key challenges.
• India can create a conducive ecosystem by  easing the process of net metering application, favouring quality products, offering financial support, & educating consumers. 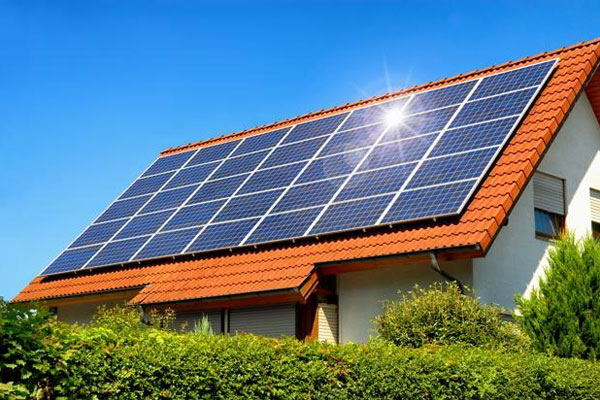 India is growing at an unprecedented pace. Harbouring over 1.3 billion people (World Bank 2018 estimates), India, the world’s second most populous country, will be home to over 600 million urban dwellers by 2030. This rapid pace of urbanization coupled with the immense number of people who inhabit the country will require smart solutions for conventional problems.

Sustainable energy is one such area, where India has made a strong push for renewable sources that can reduce its dependence on conventional fossil fuels. This kind of an approach is also in sync with the resolve made by the leaders of the world in Paris to limit the global temperature rise to 1.5ºC above pre-industrial levels. Thus, options like solar rooftops are critical for the government to bring in winds of change in India’s energy usage.

Rooftop solar has been one of the fastest growing renewable energy sub-sectors in India, with a compound annual growth rate (CAGR) of 116% between 2012 and 2018, as per the IEEFA estimates. This growth has been primarily (70%) driven by commercial and industrial (C&I) consumers. Government and residential consumers account for the remaining users of this sector. Impressed by this immense growth, the Ministry of New and Renewable Energy through its National Solar Mission of India has set a target of generating 40 GW power through rooftop solar by 2022.

Installing solar rooftop panels in buildings offers a string of benefits. To begin with, solar rooftop panels offer cost savings. Tariff rates for rooftop solar when compared to industrial and commercial tariff rates are cheaper by 17% and 27% respectively. Even those who use this alternate form of energy in their home can save money as it helps in cutting down electricity bills. Secondly, this is a secure investment when compared to electricity, the prices of which keep fluctuating from time to time. Thirdly, these eco-friendly models pose fewer pollution risks to the environment in comparison to conventional sources of energy and reduce carbon footprints. Further, this green source of energy has a low maintenance cost since it has a service life of over 20 years, if maintained properly. It is also well-suited to a tropical country like India, which has almost 300 sunny days with clear skies each year. Lastly, these panels can be installed on any type of roof and no special landscape is required to install them.

The government has already taken some steps to facilitate the transition to solar rooftops. For instance, it is supporting installation of rooftop solar PV by providing a subsidy of Rs 18,750/kW (peak) (Rs 45,000/kWp for special category states). Similarly, Indian railways has also committed to developing 5 GW of solar by 2025. In 2010, the Jawaharlal Nehru National Solar Mission (JNNSM) was launched by Government of India wherein it set a target of 20 GW solar energy by 2022. Net metering was also introduced in India to facilitate the connection of small renewable energy systems with the grid in order to provide an impetus to residential rooftop installations.

State governments too played a vital role in facilitating the adoption of solar roofs in the country. In 2013, Karnataka, under its solar programme, targeted 25,000 solar rooftops of 5–10 kW. Punjab prides itself in housing the largest solar rooftop project in the world to be set up in a single phase. Gujarat government too partnered with IFC & initiated the ‘rent-a-roof’ programme, to lease rooftop space on residential rooftops and government buildings.

However, despite the efforts of the government, this technology has not been that successful in terms of its adoption in the country. One of the biggest challenges for the slow deployment of rooftop solar PV in India is the crunch of finance from banks owing to collateral security. The credit rating of customers, which results in payment risks from customers also prevents financial institutions from offer credit to them. Another major challenge is a technical one – as rooftop solar projects are quite small in size, grid integration of these projects is a challenge faced by most distribution utilities. Regulatory challenges are also hindering the widespread dissemination & adoption.

While the central government is offering incentives on residential and government buildings, this incentive is posing a bigger challenge for developers as subsidies get delayed and developers suffer financial loss in terms of cash flows projected. Complicating the situation further is the changing tax structure and implementation of duties. Further, large-scale developers also dread this in terms of quality of equipment offered at such low tariffs.

Internationally, both national and state governments have instituted policies that provide valuable precedents. In May 2018, the government of California mandated compulsory rooftop solar on all new single-family homes from 2020 onwards as a new strategy to continue to enhance energy efficiency gains across the state. Further, it is becoming a green state by spreading awareness, providing subsidies, introducing policies and enforcing mandates of renewable energy targets. The Japanese government has promoted the growth of rooftop solar PV installations through subsidy incentives to developers in the form of a generous solar feed-in-tariff (FIT). At the same time, as Amit Kumar, Senior Director, TERI, explicates, “Long-term – and consistent – policy push, attractive feed-in-tariffs, and focus on small, distributed solar rooftop systems in a country like Germany are the elements worth taking note of”.

Apart from these measures, India can create a conducive ecosystem by offering policy certainty, easing the process of net metering application, providing policy support for domestic production, favouring quality products, offering financial support, and educating consumers. The adoption of group and virtual net metering by the MSME clusters in this sector would also be a welcome move. Efforts should also be directed towards strengthening institutional capacity building – in terms of both technical assistance & financial aid to the interested parties.

Hello Sir/Madam, my age is 22 years, Current Job -Advertising ( International Marketing Executive) and keen to work on Solar Industry with Distribution Channel as a distributer, would it be good/ money req. ?

Enquiry for Solar rooftops: Crossing over to the brighter side