“Rural India has remained a provider of raw materials so far”

Dr. Ramappa K B, Institute for Social and Economic Change (ISEC), Bangalore, opines that Covid-19 has brought urban India to a sudden grinding halt or in other words, it suddenly lost its ‘pull force’ ; leaving the migrants to fend for themselves. In no time, migrants have realized that urban centres minus the employment have suddenly become hostile to them and are forced to return back to their roots. 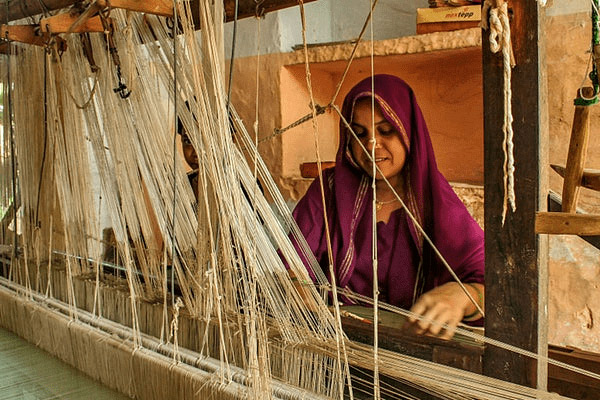 TPCI: What, in your opinion, are the reasons responsible for the large-scale exodus of migrants from cities like villages? How do you view the near-term impact of this on India’s urban economy after the lockdown is lifted?

Prof. Ramappa K B (RKB): The sheer size of migrants in urban centers indicates the shrinking of the livelihood support base of Indian villages. From self-sustaining economies, Indian villages appear to have become only production centres to cater to urban India, with its enormous ‘pull’ factor sucking all the workforce from villages. Covid-19 has brought this urban India to a sudden grinding halt or in other words, it suddenly lost its ‘pull force’, leaving migrants to fend themselves. In no time, migrants have realized that urban centers minus the employment have suddenly become hostile to them and are forced to return back to their roots. Some of the reasons are:

a. Absence of work lead to difficulty in earnings for day-to-day bread and butter for the family.
b. Non-availability of basic needs.
c. Higher cost of living due to scarcity of basic needs.
d. Difficulty in spending time without work.
e. Fear of getting disease and no one to look after in cities.
f. Homesick due to fear of joblessness.

The lockdown has an impact on both urban and rural economies. Regarding its near-term impact on India’s urban economy; there will be an initial reluctance of this group to return to cities at least for a period of six months. Further, with onset of monsoon, increased farm labour demand may also delay the return of this labour force to urban India. Some of the major repercussions are as follows:

a. Temporary shortage of unskilled labour.
b. Higher cost of production of goods and services.
c. Difficult to run small-scale industries.
d. Increased workload on the existing workforce.
e. Decrease in both public and private investment.

TPCI: The large-scale migration appears to support the view in favour of large-scale decentralisation of the Indian economy, so that people in remote areas need not migrate to cities. What is your perspective on this?

RKB: Yes. Decentralization of employment opportunities is most welcome for India. However, it is easier said than done. Most of the migrant labour belongs to un-skilled to semi-skilled groups and engaging this group in remote areas requires a paradigm shift in planning process. But better late than never.

TPCI: How can rural India’s contribution to current GVA be augmented? And what role do you see for rural India in the development of the economy, in farm and non-farm sectors?

RKB: The contribution of farm GVA can be augmented through the following measures:

Both farm and non-farm sectors plays an important role in the development of the economy as they act as supplementary sources of employment and income to the farm households in general, and small and marginal farmers in particular. Moreover, they help in reducing the income inequalities and rural-urban migration.

TPCI: What should be done to facilitate the industrialisation and development of rural regions in India? What are the key sectors that should be developed to promote gainful employment?

RKB: Rural India, so far, has remained as a provider of raw materials only, be it food grains or coffee beans or fruits and vegetables. Limited value addition on these items, if any, is taking place in urban centers. This practice puts unwanted pressure on civic infrastructure of urban India. On the other hand, these value addition processes can be shifted to the place of production, it would be a win-win situation for both urban and rural India. For the former, it would reduce the burden on its infrastructure and for latter, it cuts down the cost of unit production and thus adds an advantage to Indian products internationally even.

Following are the key sectors through which we can promote gainful employment in farm and non-farm sectors:

TPCI: What suggestions would you like to offer to the government or private players to make sure that the rural economy becomes as vibrant and attractive for jobseekers?

RKB: There are several schemes initiated by government of India to promote the interests of the rural population such as entrepreneurship, innovations, technology development, etc. However, it was observed that most of the instances, these initiatives were captured either by rural elite or urban community. Therefore, entities like SHGs, FPOs should only be promoted.

RKB: There are several models that are immensely successful in different parts of the world. At the same time, we should not forget that our own model in India is very good with reference to Indian context as it was successful in supporting our civilization since ages. Under these testing times, it would be inappropriate to discuss about those models which have been successful elsewhere. Circumstance demand that all energies should be focused to control the epidemic and to reduce the severity of problems that Covid-19 has created for every citizen.