• India has become a viable alternative to companies in the Western world that are looking for an alternative to China.
• Besides scale advantages, India has made tremendous improvement in terms of Ease of Doing Business. Also American and Japanese companies are particularly interested in relocating to India.
• However, India needs urgent reforms in the areas of land, labour and contracts, to truly leverage its potential as an FDI destination.
• If these three facets are taken care of, quite a few industries like electronics could emerge as viable ventures for foreign companies to invest in. 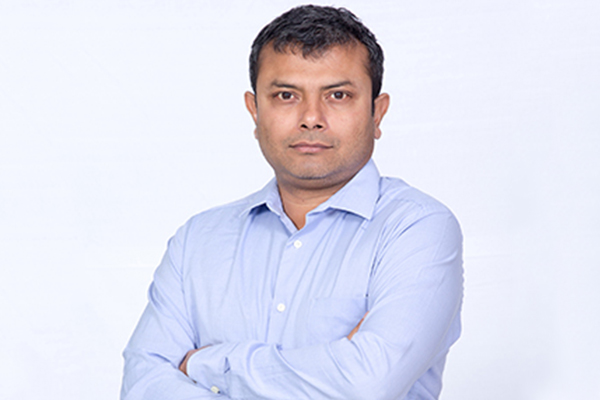 If you see why any firm would like to invest in any particular country, there needs to be a client-based model. This is to say that if any country offers cheaper labour, land and an easier way of doing business (e.g. the transaction cost of opening any factory is less), a particular country would be a natural candidate for getting FDI inflows. That’s how China became the factory of the world in 1980s, when they started opening up their economy.

What has happened in China over time, especially since the year 2000, is that the input costs have become saturated with more and more factories from Western countries coming and investing in China. Consequently, their input costs like land, labor, electricity and transport started to increase. As the Chinese market became expensive, companies realized that they need to venture out of China and look for alternate production hubs like Vietnam, Cambodia, Thailand & Singapore.

This was aggravated by COVID-19, which brought with it a lot of supply side disruptions. China was the factory of the world and an assembly hub. So, most of the things used to get produced or manufactured in other parts of the world and get assembled in China. So, in addition to the increase in input cost, Coronavirus led to a disruption in the supply chain.

Also, if you look at the US rhetoric, or for that matter, the rhetoric by the Western world, they are becoming increasingly hostile – not just economically, but also politically. There are indications that they want to take their business out of China. In this kind of a context, India has emerged as an alternative because India is also a part of the Quad, which is a collaboration between India, Australia, Japan and the US. In that way, India is in a nice place since the Japanese and the American community would like to shift outside China and do business with India. The country has also performed well in the Doing Business report.

But if India actually wants to attract foreign investors, it needs to work on three problems:

Although we have done really well when it comes to improving our ranking in the World Bank’s Ease of Doing Business report, if we look at one of the verticals in that report – the number of days it takes to enforce a contract – India fares badly. In case there is any dispute, then the amount of time that it takes for the court to resolve it is much higher than the time taken to resolve disputes in other parts of Asia. So, for India to actually walk the talk, it needs to fix these legal barriers related to dispute settlements. This is basically to say that India needs to look for ways to make sure that the contracts are enforced.

If India wants to invite foreign investors, it also needs to have favourable land acquisition policies. Land acquisition in the country is a state subject and most of the states have varying policies. For example, in the state of West Bengal, you must have heard of syndicate – where the local party man takes care of everything with regard to the law and supplying the building material. Because of that, the cost of setting up factories escalates. So, the state should ensure that there should be a law in place to facilitate easier land acquisition and contract enforcement.

Labour is a concurrent subject, i.e., it falls under the jurisdiction of both the Union & the State governments. Although the Central government has done its bit of work, it is the state governments that need to do their share of labour reforms. For example, while some states like Andhra Pradesh & Rajasthan have done quite a bit of labour reforms, there are others which have not done much.

Labour reforms are essential for making India a global manufacturing hub. This is quite lucid from the Chinese experience. While China was successful, it was very strict in terms of contract enforcement. For example, when it comes to labour, there is no concept of human rights. India, on the other hand, being a democracy, respects the voice of trade unions. This hampers productivity. While India cannot go to that extent, it must adopt some business-friendly measures in terms of land, labour and contract enforcement to attract foreign investors.

To sum up, if these three facets are taken care of, then quite a few industries could emerge as viable ventures for foreign companies to invest in. These include semi-conductors and electronics like mobile phones. For example, Apple is thinking of shifting its production base out of China and hopefully, some of that investment will come here.

At the same time, India can establish its global supremacy in industries like pharmaceuticals, which has a number of home-grown brands like Dr. Reddy’s. Similarly, automobiles and telecommunication are also some of the sectors that could benefit from this development.

Professor Nilanjan Banik has a degree in economics from Delhi School of Economics, India; and Utah State University, USA. His work focus on the application of econometrics in issues relating to international trade and development economics. Professor Banik has project experience with KPMG, India; Australian Department of Foreign Affairs and Trade, Australia; Laffer Associates, USA; Ministry of Commerce, Government of India; RIS and ICRIER, New Delhi; Center for Economic Policy Research, UK; Asian Development Bank Institute, Tokyo; Asian Development Bank, Manila; Copenhagen Consensus, Denmark; UNESCAP-ARTNeT, Thailand, Australia India Institute, University of Melbourne; and World Trade Organization, Geneva. He has teaching experience with Utah State University, USA; University of Durham, UK; University of Greenland, Nuuk; Institute for Financial Management and Research, Chennai; Indian Institute of Management (campus at Indore, Rohtak, Nagpur, and Ranchi); Mahindra Ecole Centrale, Hyderabad; Madras School of Economics; and Reserve Bank Staff College, Chennai. He has publication in reputed journals such as International Review of Economics and Finance, Empirical Economics, Review of Development Economics, etc. He also has the distinction of writing editorials for all major English dailies in India, and has written over 175 editorials including the ones at Wall Street Journal and Huffington Post. The views expressed here are his own.