• According to WTO, 37% of international tourism is culturally motivated, and demand is estimated to be growing at 15% annually.
• Culture and heritage constitute vital resources for tourism development, and tourism in turn makes an important contribution to cultural development.
• By bringing revenue to historic sites, ruins and mausoleums, tourism  tourism has the potential to enhance and safeguard heritage and culture.
• Out of a group of 136 countries, India ranked 34th in the travel & tourism competitiveness index in 2019, as compared to 40th in 2018 with a massive improvement of 6 positions. This has made India one of the top three in terms of rank improvement in 2019. 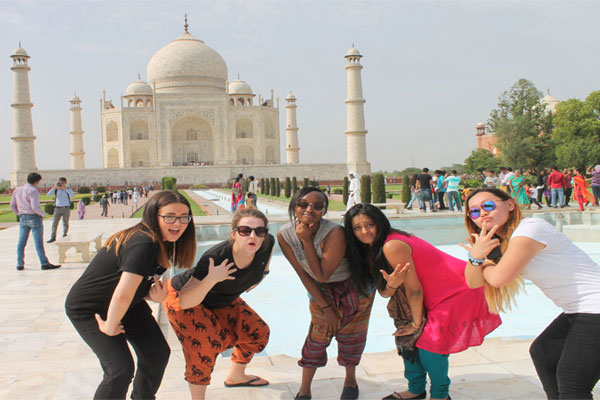 Tourism has expanded at an accelerated pace over the last few decades and forecasts indicate an ever-faster rate of growth in this millennium, with Asia-Pacific becoming the second most important tourism destination of the world in 2020. One of the pillars of the tourism industry has been mankind’s inherent desire to see and learn about the cultural identity of different parts of the world. In international tourism, cultural heritage stimulates a respect and understanding of other cultures and, as a consequence, promotes peace and understanding.

The Asia-Pacific region is the most diverse in terms of cultural heritage. It has been the birthplace of all of the world’s major religions – Buddhism, Christianity, Hinduism, Islam, and Judaism and a great many minor ones. The interchange of cultures over thousands of years has resulted in some of the best historical monuments and a rich legacy of religious and cultural amalgamation. Cultural heritage attractions are, by nature, unique and fragile.

The rapid expansion of travellers seeking cultural experiences has helped heritage tourism become one of the leading motivations for people to travel. Cities across globe are discovering how well the preservation of historic, cultural, and natural resources combines with tourism to sustain local economies. Heritage tourism creates jobs, provides new business opportunities, helps protect natural resources, and improves the quality of life for residents. Cultural tourism is based on the mosaic of places, traditions, art forms, celebrations and experiences that portray the region and its people, reflecting their diversity and character. The concept of learning from other cultures to broaden one’s perspective is usually a core value. An artisan showing how to weave a tapestry and the tourists learning from them about their traditional costumes would be one such example.

Culture and heritage constitute vital resources for tourism development, and tourism in turn makes an important contribution to cultural development. Cultural and heritage tourism constitute important segments of global tourism demand. According to WTO, 37% of international tourism is culturally motivated, and demand is estimated to be growing at 15% annually.  As one of the fastest-growing segments of the tourism industry, heritage tourism can be an effective tool to generate jobs, income, tax revenues, diversify local economies, and improve the local quality of life.

By bringing revenue to historic sites, ruins and mausoleums, mythological places tourism has the potential to enhance and safeguard heritage and culture. Similarly, the much-needed foreign currency and investment that tourism brings has the power to revitalize traditional buildings and craft industries. On a higher plane, cultural tourism has the capacity to strengthen local people’s self-respect, values and identity, thereby safeguarding aspects of their intangible heritage and enhancing their development potential.

India has always been famous for its rich heritage and ancient culture. So, the onset of heritage tourism in India was long anticipated. India’s glorious past and cultural diversity make a potent blend which attracts millions of tourists each year to its heritage tourist attractions. The Government of India and the Ministry of Tourism and Culture encourage heritage tourism in India by offering several benefits to Indian states that are particularly famous for attracting tourists. India’s rich heritage is amply reflected in the various temples, palaces, monuments, and forts that can be found everywhere in the country.

Steps taken by the Tourism ministry to boost tourism sector in India include the following:

i. Firstly, a Tourist e-Visa has been launched for citizens from 44 nations.
ii. Incredible India Campaign has begun to promote India as a tourist destination across the globe. Participation in numerous tourism and travel fairs and exhibitions is yet another step. The government also organised road shows to promote tourism destinations and products of country in major tourist source markets in partnership with stakeholders.
iii. The tourism ministry has also taken up the development and promotion of niche tourism products. It has also worked at increasing the pool of trained manpower in tourism and hospitality sectors for providing quality services to tourists.
iv. The tourism ministry has also organised International Buddhist Conclave once in 2 years for showcasing the Buddhist heritage and International Tourism Mart for highlighting the tourism potential of north eastern states
v. Ministry of Tourism has also identified close to 50 circuits for developing tourism. These circuits cover major and relevant tourism places and attractions. They comprise a judicious mix of:
• Spiritualism
• Culture
• Heritage
• Eco tourism

Top Five states in India visited by domestic and foreign tourists are as follows:

Thus, despite the astounding growth, Indian tourism has a substantial untapped potential. The question remains: why, despite India’s rich heritage, diversity of cultures, exotic cuisines and long history of civilisation, do we get such a small pie of global tourists and tourism revenue? Recently, the Ministry of Tourism came up with a policy to fund domestic travellers whose frequency to travel domestically is at least 15 in a year. No doubt, the government is focusing to promote heritage & cultural tourism, but a big push is required to convert the earnings into dollars. Of course, other auxiliary sectors like transportation, infrastructure, hotels and hospitality do impact the earnings of tourism, hence a simultaneous stimulus is imperative.