Covid-19: Not your usual financial calamity

• There can be various origins from which economic crises occur such as pandemic, financial, wars and natural calamities.
• Since economies and businesses are relatively aware of solution and approach to tackle financial crises, it becomes a part of business cycles. But a pandemic crisis is riddled with uncertainty.
• Due to Covid-19, loss in world GDP is expected to be worth US$ 2 trillion, which is definitely difficult to recover in the coming years. The IMF has estimated the loan losses for global financial institutions at US$ 1.5 trillion during the 2008 crisis.
• Covid-19 is an exogenous shock to the economy. The epicentre of the problem lies outside the financial industry, in a real economy in which shops, services and business are being closed due to complete lockdown and incomes of employees involved are collapsing. 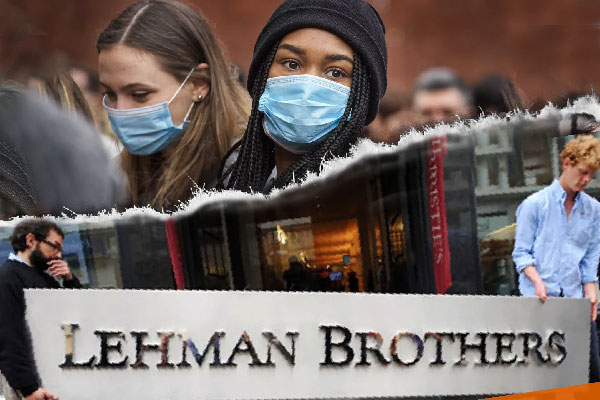 Over the past century, the world had experienced several crises and paid its cost in economic, socio and humanitarian form. Several government officials, economists and policymakers currently are trying to estimate the loss due to Covid-19 in the form of job losses, human life, financial loss, and overall impact on the country’s GDP. Most importantly, it is essential to understand the duration of the imminent global economic and financial slowdown post Covid-19.

This article endeavours to explain the difference in the nature of the various economic crises, which have distinct origins – pandemic, financial, wars and natural calamities. Out of these, the first two have been more prominent in the last century. Though they both impact micro and macro parameters such as income, hunger, health, trade, markets, demand, supply and polices adversely, their velocity of spread, penetration power among several strata of people and potency to impact human life differ.

While a pandemic crisis has the capability of reaching almost all countries, a financial crisis may or may not be limited to a few economies or regions, but not necessarily.

The Great Depression started when financial markets in USA collapsed suddenly within a week. The term Black Tuesday was coined when 88% of financial institutes collapsed. Nearly US$ 30 billion were lost in a day, wiping out thousands of investors. In the aftermath of the US stock market crash, a series of bank shocks emanated from Europe in 1931; taking the financial contagion to the United States, United Kingdom, France and eventually most parts of the world spiralled downward into the Great Depression. The Great Depression lasted from 1929 to 1939 and was the worst economic downturn in history.

It took almost seven years to overcome this recession, wherein major monetary policies were changed and gold convertibility was abandoned in bits and pieces. This led to massive unemployment in US and Europe, wherein 15 million Americans and 6 million Europeans lost their jobs. Of course, there was no prohibition on mobility, but it took almost seven years to see the early signs of recovery.

On July 26, 1956, Egypt nationalized the Suez Canal Company. France, Israel and United Kingdom initiated joint military action, with Israel invading the Sinai on October 29, 1956. The military action lasted for two months and in the midst of the turmoil and uncertainty, a financial crisis erupted. All four countries were soon seeking IMF financial assistance. It also had a lot of political consequences – Egypt’s independence, Israel’s survival as a nation, and a devastating blow to Britain’s Victorian aspirations. The Suez Canal was closed for 6 months resulting in trade diversion, cost increases and delivery delays impacting the current account balances of all four countries.

Similarly, the East Asian crisis continued for almost eight years when external debts ballooned alarmingly. Unemployment levels reached 12% in Indonesia, 9% in Korea and 8% in Thailand. On similar lines, all these financial emergencies occurred as a part of a business cycle starting from one specific region and then travelling to other places at a different pace depending upon the cause. What differentiates this financial crisis from a pandemic crisis is the certainty of revival and germane policies, which ameliorates the scenario.

The 2008 subprime crisis was the deepest crash in the global economy since 1930 and the first annual contraction since the post-war period. The financial crisis which erupted in 2007 with the US sub-prime crisis deepened and entered a tumultuous phase by 2008. Lax regulatory and macroeconomic policies contributed to a build-up in imbalances across the financial, housing and commodity markets. United States GDP fell by nearly 4% in the 4th quarter of 2008. World GDP growth slowed down from 5% in 2007 to 3.75% in 2008 and 2% in 2009.

The IMF estimated the loan losses for global financial institutions at US$ 1.5 trillion. The international financial system was devastated, which ruined US, Europe and Latin countries but kept Asian markets relatively isolated. Fiscal stimulus and easing of macroeconomic policies helped US and other major economies come out of this recession but it again took more than five years. Since the solution and approach are known and familiar to tackle a financial crisis, it becomes a part of business cycles, which have an expansionary and recovery phase as well. But for pandemic crisis, the situation is rife with uncertainty.

The 20th century saw major disease outbreaks, such as the Spanish influenza 1918-19, Asian influenza in 1957-58 and the Hong Kong influenza pandemic of 1968-69. Since 1970, many countries have invested in the development of national influenza preparedness plans and building global influenza surveillance and monitoring systems. Early warning systems include a network of laboratories capable of identifying the reference strain of the epidemic. The outbreak of the coronavirus named Covid-19 in China in December 2019 is the latest in a series of diseases which includes SARS, bird flu, swine flu, Ebola, and HIV/AIDS that have moved from animals into human populations. Major outbreaks of infectious diseases have emerged throughout the course of history.

If we observe the above table, we will find that there is significant heterogeneity in terms of death tolls and time of existence is relatively ephemeral. Also, there is uncertainty with respect to the availability of vaccine to curb the effects of the virus. There is no regular cycle to predict a pandemic crisis unlike in the case of a financial or economic crisis which are a part of business cycles with the phase of boom and bane. One of the estimates done for GDP loss due to any severe pandemic comparable to the size of 1918’s flu post 2010 says that World will shrink by 1.2%, EU will shrink by 1.9% and USA will shrink by 1.5%. But the current estimates suggest that the size of squeeze in the world’s GDP can be more taking the worst scenario as a possibility.

Due to Covid-19, the loss in world GDP is expected to be worth US$ 2 trillion, which is definitely massive to recover in the coming years. A comparison between the coronavirus crisis and the global systemic crisis of 2008 is foreseeable, but analysed from exogenous and endogenous risk they are relatively different. Subprime crisis of 2008 was a global systemic financial crisis fuelled by the endogenous interactions of market participants.

Covid-19 is an exogenous shock to the economy. Instead, the epicentre of the problem lies outside the financial industry, in a real economy in which shops, services and business are being closed and complete lockdown by state and the income of employees involved is collapsing. There are other exogenous factors making it a unique challenge. Mobility of people is restricted unlike the sub-prime crisis, and may continiue to be quite subdued even after the storm has blown over. In turn, that means the appropriate policy response cannot be limited to reducing interest rates or purchases of corporate or sovereign bonds on the open market, but should also encompass forbearance and deploy targeted help to affected industries and people through appropriate policies.

Enquiry for Covid-19: Not your usual financial calamity