Dr. Sachith Shetty, CMO, Ayush – South Delhi Municipal Corporation, talks about the factors that make Ayurveda a popular choice of medicine for curing ailments, measures adopted to ensure its quality control and the ways in which students of medicine can be lured to pursue this discipline. 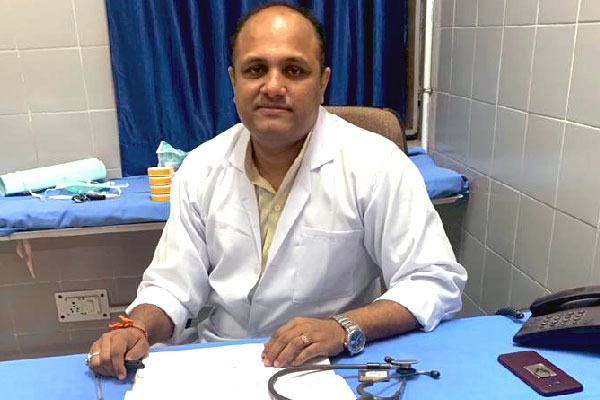 Dr. Sachith Shetty (SS): Ayurveda is an almost a 5,000-year-old science. Right since its inception, people used  Ayurvedic home remedies for curing common ailments. For example, they use clove for headaches and methi seeds for treating diabetes. Now these home remedies like ginger are being sold in the form of tablets. Secondly, Ayurveda isn’t just about the medicines; it also teaches us about lifestyle management. So, Ayurveda concentrates more on prevention rather than cure. Thirdly, the use of preventive medicines has started recently. People have been using these kind of remedies since long.

TPCI:  What measures (like lab testing of medicines) are taken to ensure that these medicines meet international quality standards?

SS: Earlier, there was no data pertaining to regulation; now there are books pertaining to regulation. Central Council for Research in Ayurvedic Sciences publishes these books every year. Vast research is conducted to identify these drugs. For example, there are 4 types of neem. These researchers identified which of these varieties are suitable for diabetics. Secondly, the Ministry of AYUSH has made it mandatory for the medicines that are produced to have a WHO GMP (Good Medical Practice) Certification. Then there is Certificate of Pharmaceutical Product (COPP) and Quality Control of India (QCI) green chit that are required by any company for producing these drugs.

TPCI: What benefits do Ayurvedic treatments have vis-a-vis its other counterparts like Siddha, Yunani, Homeopathy & Allopathy? How is their credibility established in comparison to these alternate forms of medication?

SS: There is no such thing as alternative medicines. If the clinical trial shows that the medicine works, then it is a good medicine. Earlier, the patients used to go directly to the doctors to cure their ailments. If the disease was chronic, they would move to the alternate sources of medicine. For emergency management, people will first approach Allopathic medicines; then if the ailment persists, they move to alternatives like Ayurveda to find respite.

SS: Recently, the Ministry of Health and Family Welfare had introduced a bridge course for those who have studied Indian medical disciplines so that they can practise Allopathy. However, the Lok Sabha did not clear this bill because this would mean that Ayurvedic graduates would automatically move to Allopathic practices.

To promote a career in this discipline, a person who is pursuing a Bachelor of Ayurvedic Medicine & Surgery degree has to pursue his further studies in Ayurveda. Such a bill should be introduced in the parliament in a regular way. Secondly, the medicines should be standardised so that their result-oriented application can be highlighted. Thirdly, we have plenty of jobs for the doctors of Ayurveda to get a government job in the country or to go and practice abroad. These are the methods by which a career in Ayurveda can be promoted.

TPCI: What measures should the government adopt to give a fillip to their production & market growth? How can foreign investors be attracted to invest in this sector?

SS: At present, the Ministry of AYUSH has given guidelines to establish a market having a turnover of Rs 100 crores for Ayurvedic medicines within 2 years. So, they are giving certification mentioned above to attain this.

TPCI: How receptive is the global audience to Ayurvedic medication? Does it face any trade barriers when exported abroad? What is the mechanism to address these?

SS: The Ministry of AYUSH has given guidelines pertaining to the export of AYUSH medicines that any medicine has to meet the premium mark. Only eight companies, out of 400 existing in India, have been registered as having the desired requirements. Pharmexcil is the one issuing AYUSH premium mark because their standard is very high. The Government of India can issue Certificate of Pharmaceutical Product (COPP). Then it’s very easy to register abroad.

TPCI: What measures can/have be taken to ensure that global influencers accept the credibility of Ayurvedic medicines? What is the success rate so far?

SS: The government should conduct multiple awareness programmes to enhance the international representation of Ayurvedic medicines. Another thing that needs to be noted is that each state in the US has different government norms to get the drugs to be standardized. For example, in the case of India, there is haldi, which is used as an ayurvedic drug as well as a kitchen ingredient. In the US on the other hand, it is registered as a food product only. So, the government has recently announced various measures to promote Ayurveda such as allocation of Rs 5,000 crores. Earlier the government had invested about Rs 1,000-2,000 crores. As per the National Medicine Plant Board, the sector is likely to attract US$ 120 billion by 2030.