• India’s automobile sector is going through its worst slowdown in the past two decades, with passenger vehicle sales dropping by 16.4% YoY during April-December, 2019-20.
• The Auto Expo reflects this sentiment among players, with relatively fewer path-breaking launches in the conventional diesel and petrol segments.
• The highlight on the other hand has been electric vehicles, with a slew of launches and concept cars being showcased by leading players.
• While EV is touted as the future, the uptake will be slow in India due to high ownership costs, resistance to new technology and lack of the requisite infrastructure. 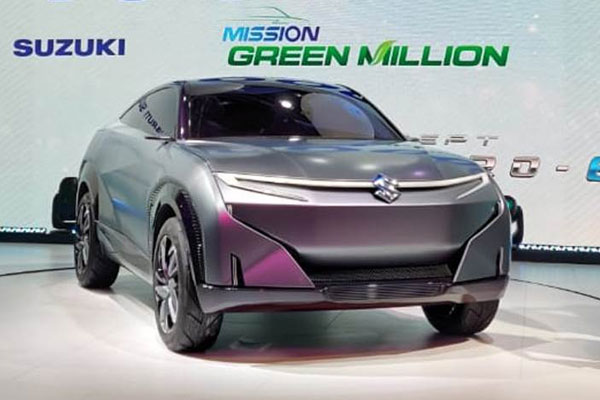 The Indian automotive sector has been going through its worst slowdown in the past two decades. Household demand for automobiles has been subdued on account of low availability of credit and rise in costs due to transition to BS VI norms. According to latest data from SIAM, passenger vehicle sales declined by 16.4% YoY during April-December, 2019-20. The decline in sales of passenger cars and vans was even starker by 23.59% and 37.31% YoY respectively during the period.

In this slowing market, where incumbents have been compelled to prioritise inventory management over new product launches, a number of new entrants have marked their presence over the past year. Players like MG Motor, Great Wall and Kia have cornered nearly one-third of the show area at the Auto Expo 2020. Along with VW Group and PSA, they are expected to invest US$ 4-5 billion in India over the next 3-4 years.

These players are bullish on the potential of the Indian passenger vehicle market, slated to reach 4.1 million units in 2026 from 2.9 million units in 2019 according to JATO-LMC. New players are expected to account for around 15% of this market. For the customer, this means more competition, better innovation and offers.

The Union Budget has not fulfilled the demand of players for uniform taxation of 18%, but there are ancillary developments that could augur well for the industry. Investments of around Rs 1.7 lakh crore in infrastructure will help boost road connectivity and improve prospects for the automotive industry. Also, the option of revised income tax slabs could provide some boost in consumption and spur demand. With discontinuation in dividend distribution tax, private sector investment could also get a shot in the arm. Similarly, the government’s focus on the rural economy may help boost that market for the players. Liquidity support for NBFCs could also be useful to help ease the flow of credit to consumers.

There is an obvious excitement about the happenings in the electric vehicle segment. Over and above its announced support for the sector under FAME II, the government has allocated Rs 4,400 crore towards promotion of clean air in cities with a population of over 1 million, along with measures to set up renewable energy stations. Customs duty on EVs imported in the form of CBU/SKD/CKD has been increased to encourage “Make in India”.

Moreover, the scheme to promote mobile, electronic manufacturing and semiconductor packaging will also be beneficial to the electric vehicle ecosystem in the country. However, there is also a flip side to it, as the components could get more expensive, compelling companies to pass on the increased costs to the customers if they are unable to develop the components locally. On the flip side, the industry has not got the benefit of an eagerly awaited “Scrappage policy”, which would enable customers to exchange their old polluting vehicles for new ones.

Auto Expo 2020 gives an indication of how the players envision their future in the Indian car market, and electric is the dominant theme. Around 10 manufacturers have showcased Maruti Suzuki has heads turning with its Futoro-E coupe concept, which can take both hybrid and pure electric powertrains.   Mahindra has launched eXUV300, the electric version of its XUV300. It also launched the eKUV100 at an ex-showroom price of Rs 8.25 lakh, making it the most affordable electric car in India till date.  Apart from these, Mercedes EQC, Kia Soul, the Kwid Electric by French carmaker Renault and the small form factor E200 by MG Motor will also be displayed at the Expo. Electric two-wheelers will be showcased by companies including Olectra, Evolet, Omjay EV, Bired Electric and EVerve.

Overall, the mood at the Auto Expo seems somber, with few path breaking concepts apart from a strong impetus towards electric vehicles, the next disruptive force expected to sweep the market. However, while electric vehicles are widely touted as the future of mobility globally, they will not have an immediate impact on demand in India, especially due to the high costs of acquisition and resistance to new technology. Moreover, proliferation of electric vehicles requires substantial ramp up in public and private charging infrastructure. As visible in the table below, the present penetration of electric vehicles is miniscule at best.

Long-term sustainability of electric vehicles is contingent upon investment in R&D and government support to enhance both affordability and convenience pertaining to electric vehicle ownership. The government has given a stronger push to the sector under FAME-2. A report by World Economic Forum and Ola Mobility Institute affirms that efforts are being made across India to catalyse adoption and deployment of electric mobility, led by Andhra Pradesh, Bihar, Delhi, Karnataka, Kerala, Maharashtra, Tamil Nadu, Telangana, Uttarakhand and Uttar Pradesh. With its vibrant consumer market, India also offers an invaluable testing bed for research & development of affordable electric vehicles. The government should leverage this advantage and encourage more domestic and global companies to undertake and expand their R&D operations for EVs in India.