• India is home to the largest generics manufacturing industry in the world, accounting for 20% of the global supply.
• However, India’s competitive position in the pharma sector is undermined by its high import dependence for bulk drugs or active pharmaceutical ingredients, especially from China.
• The recent outbreak of Coronavirus in China and the resultant supply crunch has exposed the vulnerability of the pharma sector again, with a looming shortage and price volatility of essential drugs.
• The pharma industry needs to be encouraged to ramp up on API-manufacturing capacity to ensure that indigenous sourcing of APIs becomes more cost competitive as compared to sourcing from China. 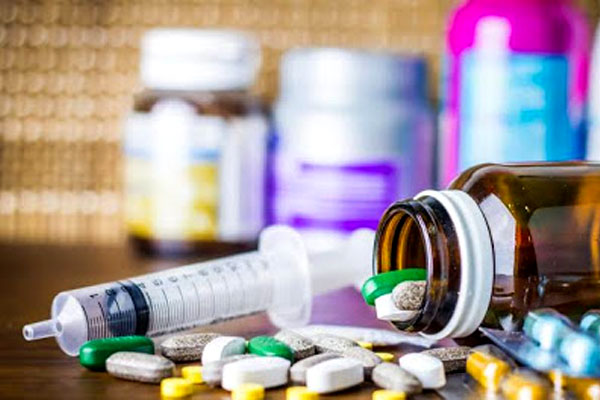 India’s pharma industry has firmly established its credentials as a leader in the global generics space, accounting for 20% share in global supply. The country is also home to 60,000 generic brands across 60 therapeutic categories and manufactures over 500 distinct Active Pharmaceutical Ingredients (APIs). Pharma exports have also been equally resurgent, growing by 10.72% YoY to reach US$ 19.3 billion in 2018-19.

As one of the key sectors where India enjoys a strong competitive edge and is also a leading exporter, self-sufficiency would otherwise be a given. But there is one critical area where the Indian pharma sector is vulnerable. And this vulnerability stands sadly exposed in the wake of the recent coronavirus outbreak in China and other parts of the world.

With the World Health Organisation (WHO) declaring Coronavirus as a global health emergency, waves of panic have begun to spread not only in the global healthcare industry, but also among international trade circles and governments. This is especially true in the context of India, the next-door neighbour of China. Not only is this because India is the 17th most vulnerable country in the world to this international epidemic, but also because a number of industries in India are highly dependent on the Chinese industry for imports of essential inputs.

The pharma industry is a prime example, with a high dependence on China for its APIs. According to industry data, India imports 70% of its API requirements from China, largely antibiotics and vitamins. The APIs for these drugs are prepared using a fermentation-based process, in which China has established global benchmarks. In 2018-19, Indian pharma companies had imported bulk drugs and intermediates worth US$ 2.4 billion from China.

According to data compiled by the Pharmaceutical Export Promotion Council of India, prices of key medicines like paracetamol, vitamins & penicillin have shot up drastically. Further, India’s Drug Regulatory Authority expects 57 active pharmaceutical ingredient (APIs) of crucial antibiotics, vitamins & hormones to go out of stock if the health fiasco prolongs. It is, therefore, hardly a mystery why the government is contemplating a ban on the exports of 12 essential drugs that are sold in the country.

China’s Hubei’s province is not only the focal point of the outbreak of the Coronavirus, but also a major supplier of 80-85% of raw material or active pharmaceutical ingredient used to make medicines. India’s overdependence on China for APIs, combined with the strategy of the Chinese government to extend the Lunar New Year holiday in order to limit the virus’ spread has sent the pharmaceutical industry in a tizzy.

India has a high dependence on fermentation-based APIs/Intermediates, namely antibiotics and vitamins. Companies have been maintaining 2- 3 months inventory of these APIs and Intermediates. These inventories were also planned given lunar holidays in the last week of January/first week of February. The situation is being closely monitored by all companies. The government is seized with issue and all are working in an integrated way to deal with the situation. The areas being looked into are close monitoring of the developments, inventory of critical APIs/intermediates, evaluation of alternate sources where possible and regulatory approvals for environmental clearance for certain APIs where capacity is available.

The pharma industry in India is racking its brain hard as it struggles with the twin challenges of raw material supply disruption & price volatility. The crucial question that arises is that why a country like India has to depend on China for its API imports. According to industry experts, India’s problem is not that it is incapable of producing active pharmaceutical ingredients, but rather that it cannot manufacture them at inexpensive rates, thereby keeping capacities underutilised and fuelling greater imports from China.

According to a report published by the Ministry of Commerce and Industry (MCI), Indian pharmaceutical industry has a low capacity utilisation (between 30% and 40%) as against 75% of China. The industry has asked the government to facilitate cheap cost of capital, easily available funding and tax incentives.

A study commissioned by the Indian embassy in Beijing revealed that there is little cost differential between India and China in manufacturing of APIs, save the labour cost differential of 3%. However, Chinese firms have the advantage of managing large capacity manufacturing setups established by the government, low-interest loans, and more lax regulations on pollution norms and affluent treatment. Another issue is that Indian authorities are more liberal in allowing Chinese imports, with clearances awarded in a few months. In China’s case, however, the clearance could take years.

Grappling with the challenge

If the supply crunch continues for longer, the government may have to turn to other countries like USA, Italy, Spain, Germany, Japan, Switzerland and France to import the raw materials required to produce essential medicines, besides banning exports of essential drugs. Besides this, we need to conceptualise and execute a firm roadmap to strengthen domestic API manufacturing capabilities.

The first option is to provide more incentives and adequate infrastructural facilities to the country’s domestic manufacturers so as to boost the production of APIs. Secondly, we need to develop and augment the capacity of Indian PSUs in this sector. Earlier Indian PSUs used to play a key role in this industry; however, due to the lack of infusion of sufficient funds. Indian PSUs have died. We need to revive them since they are the future of Indian pharmaceutical industry. This is a strategic sector since such a situation could also happen in the future and therefore, it cannot be left solely to the market for development.

NITI Aayog organised a meeting with industry leaders on February 19 to discuss the growth challenges faced by the API industry. During the meeting, the Department of Pharmaceuticals assured the industry of quick approvals and also emphasised on its initiative to set up bulk drug parks in India. These parks would be provided funding of upto Rs 100 crore along with  along with other facilities such as effluent treatment plants, power plants, incubation facilities, common logistic facilities and an advance common testing centre. Four such proposals have been accorded in-principle approvals according to reports. These will help encourage bulk drug manufacturing in the country.

Besides this, the industry would benefit from preference in government projects. Facilitative measures to boost exports and leverage the capacity from such parks will also encourage players to set up facilities and ramp up production. India was competitive and self-sufficient in API manufacturing in the not-so-recent past. Considering the criticality of the sector to national health (besides the obvious opportunity to reduce the trade deficit), it is necessary to reclaim that lost space.