Accelerating progress towards self-sufficiency in pharma

• India’s pharma exports have steadily increased from US$ 10.23 billion in 2010-11 to US$ 18.75 billion in 2017-18.
• However, this growth trajectory in exports is critically dependent on the availability of APIs (Active Pharmaceutical Ingredients) for which India is dependent on China to the extent of almost 70% of the domestic needs.
• COVID-19 crisis has amplified is the need to bring about self-sufficiency in domestic API production. Last month, the government has announced a US$ 1.3 billion package for boosting the production of APIs.
• Scaling up of the domestic industry is necessary, especially in the domains of patented products, consumer healthcare, biologics, vaccines and public health. 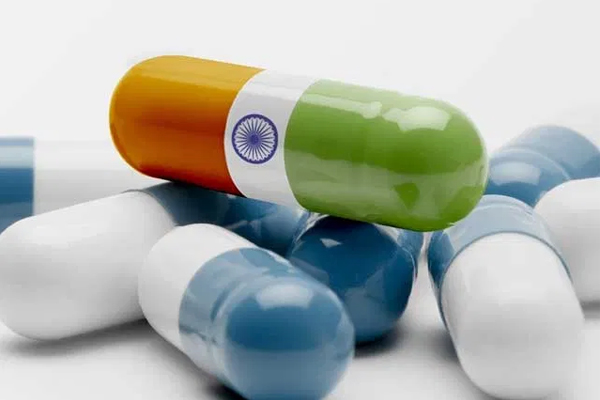 The COVID-19 crisis has exposed the fragility of the Indian pharma sector, one of the major export earning industries. Over the last ten years, pharma exports increased from US$ 10.23 billion in 2010-11 to US$ 18.75 billion in 2017-18. Structurally, about 77% of Pharma exports are Drug Formulations and Biologicals followed by Bulk drugs and Intermediates accounting for 21%. However, this growth trajectory in exports is critically dependent on the availability of API (Active Pharmaceutical Ingredients), for which India is dependent on China to the extent of almost 70% of domestic needs. Any disruption in the availability of APIs can result in a fall in the production of drug formulations.

When China closed API units due to pollution regulations 3 years ago, prices of APIs increased by 20%, which naturally led to an increase in price of formulations. This should have sounded a warning for India’s overdependence on API imports. Recognizing this impending threat, the Katoch Committee (2015) has proposed measures like setting up parks for API, providing capex and subsidised loans to boost domestic API production. Unfortunately, these policies are yet to be implemented.

What COVID crisis has amplified is the need to bring about self-sufficiency in domestic API production. Last month, the government has announced a US$ 1.3 billion package for boosting the production of API. However, to translate these proposals into concrete actions, coordination between government policy and industry requirements is necessary. The policy framework should address the emerging trends, both globally and domestically, and not merely focus on the pricing issues.

India is the largest supplier of cost-effective generic drugs to developed countries. However, for sustaining this demand, the foreseeable challenges are as follows. First, with a number of drugs going off-patent, demand for cost-effective generic manufacturing will rise exponentially. As such, global pharmaceutical players/innovators will be looking for outsourcing the manufacturing to manage costs for which India would emerge as a major hub. The expected rise in this segment is above 50%.

And second, the growth of exports of formulations is likely to be high at 14-16% given the loss of patent protection and exposure to generic competition. As such, to meet the projected market growth, the scaling up of the domestic industry is necessary. The potential for scaling up will largely fall in the domain of patented products, consumer healthcare, biologics, vaccines and public health. It is in this context that Research and Development (R&D) would be vital for pharmaceutical industry particularly in the area of modifications of existing drugs. The R&D cost per molecule has increased significantly due to technological complexity in drug development and greater specificity in diseases targets. As such, encouraging private investment in R&D necessitates appropriate incentives and concessions.

Historically, the development of pharmaceutical industry in India was with the objective of self-reliance and meeting the domestic requirements. Heavy public sector investments and the policy regime covering licensing, pricing and patents were aimed at reducing the import dependence on APIs. We did achieve this objective of meeting the domestic demand for APIs till the early 1990s. Prior to the 1991 liberalisation, the patent law provided the domestic firms to treat the patented drug as generic for the domestic market with process re-engineering. This not only has aided in increasing the domestic production of APIs and formulations, but also enhanced the chemical engineering skills of the domestic firms. The immediate fallout was an increase in the production of formulations, where units set up their own API production facilities.

However, post-1991 liberalisaton and the enactment of Indian Patent Law of 2005, which recognised product patent, the shift was to promote private research for new drug development. The immediate effect was the deprivation of the opportunity of working on patent-protected APIs. Combined with the liberalisation of industrial policies, domestic production of APIs become uneconomical, thereby forcing the pharmaceutical units to import APIs and intermediaries.

The 2002 Pharmaceutical policy was a clear indication of a liberalised regime of withdrawal of price control, although price restrictions on essential drugs continued. In the DPCO of 2013, the price control was restricted to formulations only and not API. These policies, which were a radical departure from the earlier controls, had an adverse impact on the bulk drug industry, with import duties falling and the withdrawal of administered pricing resulted in the closure of many API manufacturers. Under this market-driven economy, Indian units were unable to compete with subsidised API production in China and thereby imports rose.

For self-sufficiency in API, augmenting existing facilities and setting up new facilities need to be incentivised both in private and state-run bulk drug manufacturers. The proposals of Katoch Committee, viz., setting up mega pharma parks need to be implemented on a priority.

Lastly, the Government’s Umbrella Scheme directed at establishing Common Facility Centre, assistance for Cluster development and Technology upgradation scheme need to be made effective for developing next generation APIs. Such support will revive the investment into this sector and integrate the SMEs into main stream.

Enquiry for Accelerating progress towards self-sufficiency in pharma