After signing the historic India Australia Economic Cooperation and Trade Agreement ECTA last week, India and Australia are looking forward to further bilateral trade and economic ties by converting this into a Comprehensive Economic Cooperation Agreement (CECA) towards the end of 2022. This article discusses some of the key sectors that can benefit from the culmination of this agreement. 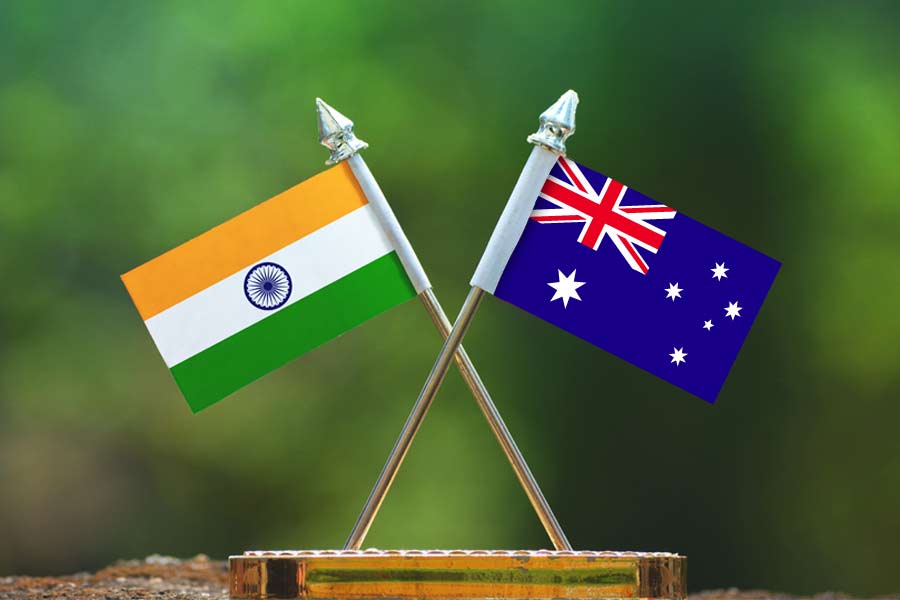 Last week, India and Australia signed a historic Economic Cooperation and Trade Agreement India and Australia are looking forward to furthering bilateral trade and economic ties by signing a Comprehensive Economic Cooperation Agreement (CECA) towards the end of this year. Notably, this is the first trade agreement of India with a developed country after over a decade.

Through the ECTA, India stands to benefit from preferential market access provided by Australia on 100% of its tariff lines. This encompasses a number of labour-intensive sectors like Gems and Jewellery, Textiles, leather, footwear, furniture, food, and agricultural products, engineering products, medical devices, and Automobiles. India will also give preferential access to Australia on over 70% of its tariff lines, including key products of interest such as coal, mineral ores and wines, as reported by the release of the Department of Commerce, Government of India.

In the realm of services, Australia has offered commitments in around 135 sub sectors and Most Favoured Nation (MFN) in 120 sub sectors. India’s interests are covered in sectors like IT, ITES, Business services, Health, Education, and Audio visual. Provisions include quota for chefs and yoga teachers; post-study work visa of 2-4 years for Indian students on reciprocal basis; mutual recognition of Professional Services and Other licensed/regulated Occupations; and Work & Holiday visa arrangement for young professionals.

While the two sides had initially started negotiations around May 2011, due to different priorities it didn’t reach any conclusion and discussions halted in 2015 after nine rounds of negotiations.

Negotiations were re-launched last year 2021, and an early-harvest deal is expected to be signed soon. As per the latest reports, to deepen the economic ties between both the countries, recently, the Australian Government has highlighted to invest over US$ 280 million in India. In addition, for the enhancement of Austrade’s presence in India, a US$ 8.9 million support is also planned by the Australian Government.

Also, to broaden the Australia-India Strategic Research Fund for Australia-India Innovation and Technology Challenge, Australia has committed US$ 17.2 million. The Australian Government has highlighted its commitment to the India Economic Strategy and its ambitious goals: to make India one of its top three export markets by 2035.

With India rising as one of the fastest-growing consumer markets, Australia is expected to be an ideal strategic partner for India. Australia is the 13th largest economy in the world in terms of Gross Domestic Product (GDP) and has a stable economic environment as compared to other developed economies. As per data from the Ministry of Commerce and Industry, India’s exports to Australia were recorded at US$ 4.04 billion in fiscal 2020-2021, increasing to US$ 6.33 billion during April-Jan 2022. However, India has a trade deficit with Australia with imports worth US$ 13.50 billion during April-Jan 2022. Nevertheless, this trade deal is expected to significantly reduce the trade gap.

Top 5 exports from India to Australia 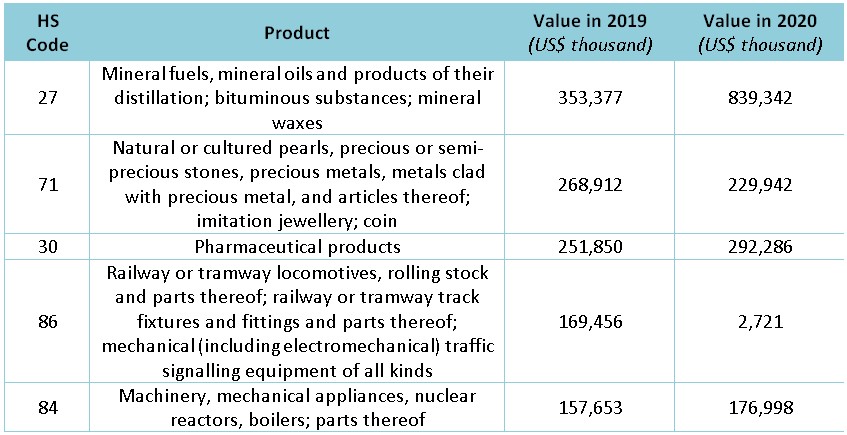 Top 5 imports to India from Australia

For the development of sectors such as electric vehicles, the demand for minerals would rise in India and Australia can be a key import market. For India, apart from leveraging its strengths in sectors such as pharmaceuticals, there is a great opportunity to enhance services exports.

Some of the key sectors to look out for collaborations are:

The rising complementarities in recent years between India and Australia, who are also Quad partners, have raised the prospects of greater bilateral trade and economic ties. While both sides are yet to finalize the products, the early-harvest deal is expected to be concluded at the end of this month. These are some of the key areas for collaboration, opportunities exist across a range of other sectors such as agriculture, textiles, IT, etc.

By inking this trade pact, India and Australia are expected to significantly reduce their import dependence on China. The trade deal is expected to increase bilateral trade from US$ 27.5 billion currently to US$ 45-50 billion in 5 years. However, the outcome of the interim trade deal and later the CECA would depend on the global trade scenario as impacted by the current Russia-Ukraine trade war.

Enquiry for India-Australia Trade Pact: An Opportunity to Unlock Potential