Amb Anil Wadhwa, Former Secretary (East), Ministry of External Affairs, Government of India emphasizes the need of including services both in an early harvest as well as in comprehensive agreement with Australia. He opines that the challenge of the early harvest agreement will be to develop a package that is commercially meaningful, but does not reduce the prospects for a comprehensive agreement in the future. 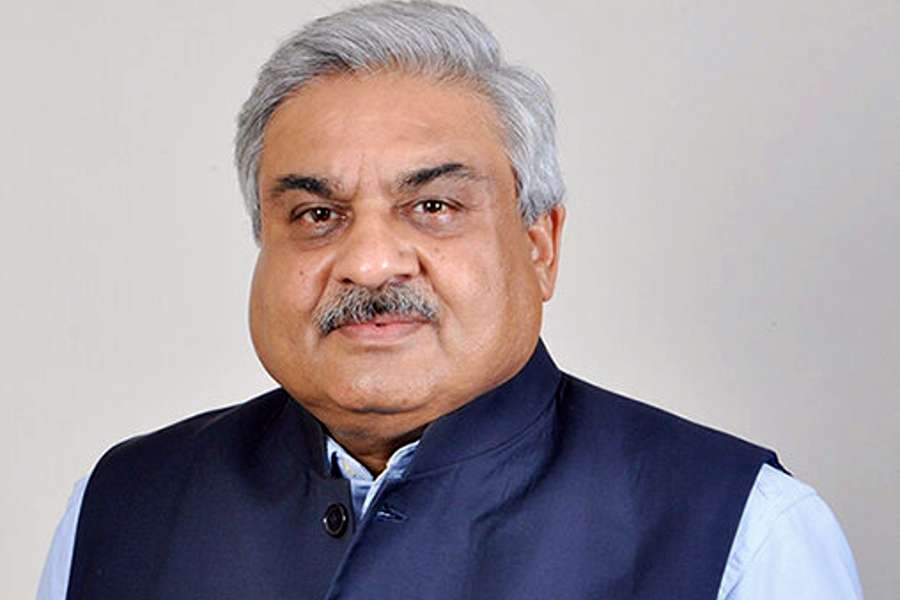 India and Australia are both moving very purposefully to strengthen their trade and investment links, and taking their economic relationship to the next level. Currently, India sees Australia as a key partner, both geopolitically and economically. There are more than 400 Australian companies doing business in India. Additionally, India and Australia are also members of the Quadrilateral Security Dialogue (QUAD). Both countries have similarity of views on matters such as multilateral institutions, rule of law, and free and open Indo-Pacific. Before the pandemic, there were close to 100,000 Indian students in Australia. The Indian diaspora in the country has now crossed to 700,000 people.

India released the ‘Australia Economic Strategy Report*’ in November 2020, which was launched by the Minister of Commerce and Industry, Mr. Piyush Goyal.

In the report, it has been advocated that Australia is an ideal strategic partner for India. The report lays a path to achieve “transformative and inclusive economic growth”. From the report, some highlights are as follows:

There has been a lot of shift in the post-COVID global economic order in this region, and that is visible from the resilient supply chains initiative, which is mooted by Australia, India and Japan. Now that India has pulled out of Regional Comprehensive and Economic Partnership (RCEP), it is encouraging that India has negotiations on CECA with Australia.

The talks for the agreement resumed after India received a letter from Australia’s trade minister Dan Tehan in July 2021 stressing on strengthening the bilateral economic relationship and calling for resuming these negotiations for the trade agreement. The talks include release of an early harvest agreement by December 2021, which is to be followed by a CECA. Both sides needs to be very realistic and think seriously about reaching a quick and interim agreement on trade in goods and services.

In the larger CECA agreement, investments are bound to play a big role in the growth of bilateral trade between the two countries, because the growth trajectory of India will create new opportunities for Australian companies, including in areas like water management and environmental services. India also needs critical minerals for its clean energy goals, which will come up in future, for which Australia can be a long term reliable supplier.

Australia has a A$ 2.3 trillion pension fund sector that could be a regular source of investments in the Indian infrastructure and disinvestment story. Thus, in the longer term, CECA could cover investment promotion and facilitation.

In the early harvest agreement, it is very important that services are included with goods, because Indian negotiators have been scarred in the earlier negotiations due to leaving out services for a later date, especially in the agreement with ASEAN.

The early harvest agreement can be populated from the economic strategies of both countries. For instance, it can include trade facilitation issues like FinTech, Cybersecurity, iCloud, office and business processes, critical minerals, rare earth and skills, healthcare, education, and capacity building. However, Australia will need to take into account India’s sensitivities by not demanding substantially lower tariffs across the board for fruits, dairy, agriculture and processed food items.

Australia should narrow its ambitions down to selected niche items in the agriculture sector. This sector accounts for 40% of India’s employment. Australian expertise, technology innovation and scale can actually transform Indian agriculture sector towards value addition. And this is the foothold that Australia should look for over the longer term.

India could show flexibility in tariff lines related to commodities and minerals, which are needed for its growing economy and the e-mobility program. In turn, Australia could be accommodative in tariff lines related to refined petroleum, medicaments, railway vehicles, gems and jewelry, auto components and made up textile items, which it imports in any case from countries around the world, in addition to India.

Venturing into a mutually beneficial relationship

Besides there’s a host of opportunities in the FinTech, cloud computing, cyber technology, and insurance sectors. Both countries can fulfill each other’s needs immediately. If Australian startups in FinTech and IT are to complete their investment cycle and then successfully also establish a global presence, their rapid scaling up also becomes quite essential. This can be best accomplished in India, which has a pool of skilled manpower, and strict laws for intellectual property rights.

From India’s perspective, there will be two important caveats. One is to ensure that trade deficits in the post agreement period do not widen. And two, non-tariff barriers and differences in standards or recognition of qualifications do not offset higher access through the trade deal. This is the crux of the matter. In addition, discussions on issues like rules of origin, customs procedures, trade facilitation including digitalization, sanitary and phytosanitary measures, technical regulations and dispute settlement will also help both sides in reaching the trilateral convergence that India and Australia have on the resilient supply chains initiative with Japan, a common partner.

While India and Australia are coming from different starting points, both are focused on diversifying their trade and investment relationships. An early harvest agreement will help lay the foundations of trust between the two countries. The challenge in the early harvest agreement will be to develop a package that is commercially meaningful, but does not reduce the prospects for a comprehensive agreement in the future. India needs a comprehensive agreement that will enable the businessmen and investors from both countries to venture into mutually beneficial relationships, and also leverage complementarities to achieve global success.

*The report has been prepared by Confederation of Indian Industry (CII), in collaboration with KPMG and led by Amb Anil Wadhwa, who is Former Secretary (East), Ministry of External Affairs, Government of India.