The blossoming of digital art with NFT

NFTs have created an alternate value asset class. They are setting the stage for a new economy. As patronage gets democratized, so does value. But the emerging area needs to consider environmental and legal challenges. 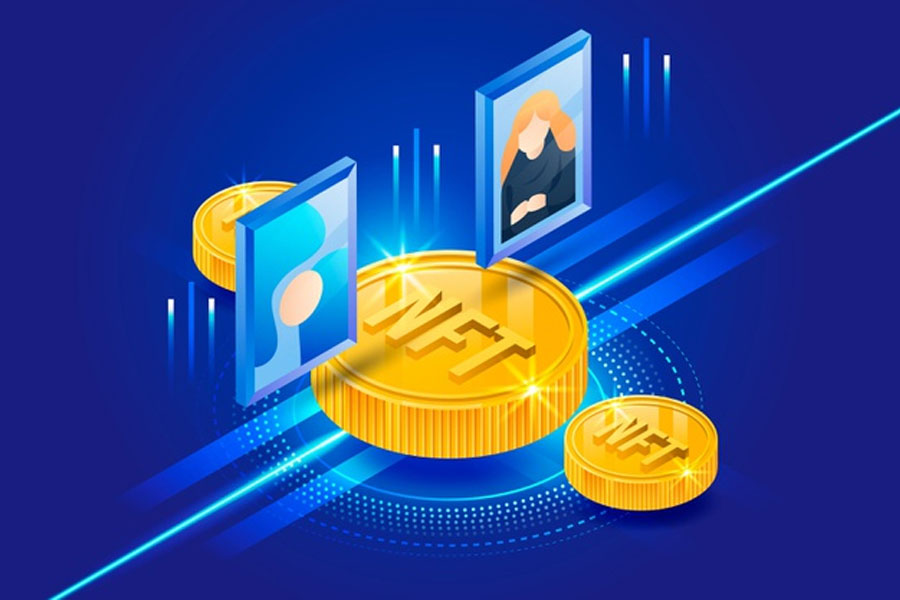 In March 2021, ‘Everydays: The First 5000 Days,’ a work of art by Mike Winkelmann, was sold for US$ 69 million as a non-fungible token (NFT). Another interesting trend is that more than 509,000 NFT artworks were sold in March 2021 alone. Fascinatingly, from 18-year-old Fewocious, to 87-year-old José Delbo, artists of all ages and from all over the world are embarcing the crypto art world with open arms.

The NFT is the registration of ownership of a distinct digital entity on a blockchain – a tamper-resistant digital public ledger. This newfound tech is mostly being used by digital artists to sell their digital artwork to represent real-world objects such as art, music, in-game items, and videos. Each NFT has a unique valuation, which is set by the highest bidder. Any NFT also includes a unique digital signature, which depicts the identity of the artist and its collectible. The highest bidder shall receive a unique digital token known as an NFT and not an actual painting, sculpture or even a print. The NFT includes the current owner, transfer procedures, details of the artwork, a link to the digital image or a hash code, and a built-in authentication, which serves as proof of ownership. Cryptocurrency is often used as a medium of payment for these transactions.

Artists keen to sell their work as NFTs, are required to register with a marketplace, then “mint” digital tokens by uploading and validating their information on a blockchain. NFTs are the gateway through which the creative outflow of the artist reaps benefits & also how the connoisseurs both perceive & value art. It is because of NFTs that now digital art can be truly owned & sold. By using NFTs, artists can create greater financial value for their work by adding the crucial ingredient of scarcity.

The value of art sold through NFT is determined on several factors such as – reputation of the artist, the community behind the NFT, the NFT standard or its veritable status symbol, technology consumed etc. The NFT value in the collection is determined by a blend of arbitrary and objective traits. As one can predict, the rarest designs are usually the most sought after. The best part about NFTs is that the original artist can get compensated even after the NFT is sold or each time it is sold to a new buyer. i.e. royalties on future sales. It also enjoys freedom of expression with no barrier to the medium.

Now that we’ve learnt a bit about NFTs, let’s have a look at whether digital art is any different from traditional art. The beauty of the new trend is that artists can combine digital art and NFTs to create works that share many physical art features. With NFT, there can be only one true owner of an art piece at any given point in time. Digital art, as the word goes, is easier to share in its highest form & in an instant. Digital art creation in the phase of producing, can be erased without a trace. There is potential in NFT art to transform the creative industry. However, traditional art is still considered more valuable than digital art because every piece is original. It cannot be easily duplicated with precision.

The NFT ecosystem in India

As the NFT space keeps out intermediaries, this permits the artists to connect with buyers around the world. However, the onus is on the artist to promote & market their creativity. It is just not about putting out a good work; to give it proclamation one has to create a community around the practice. Being in the digital age, this also involves being active on social media. As per the WazirX exchange – India’s largest crypto exchange, Indian creators sold NFTs worth Rs. 2.4 crore on the WazirX NFT marketplace till December 20, 2021.

There is an artist based out of Chennai – Dhanya Ajith who has sold over 60 NFTs of her digital works—paintings that look like paper craft—across three different global NFT platforms since March 2020. She is an electrical engineer by profession, and also doesn’t have formal training in art. She generally started making sketches on her smartphone and uploading them on social media in 2012. With the growing popularity of her art, she created a Facebook page for it. When Dhanya approached traditional galleries to showcase her work, they didn’t have the infrastructure to display digital work.  As she also didn’t have the funds to cover the costs of such a show, the Metaverse—& all the virtual worlds combined—has come as a boon.

Digital art is not only attracting seasoned but also new-age collectors. Indian auction houses are also exploring ways to tap this intersection of new and seasoned collectors. It may not be necessary for them to consider contemporary digital art but are minting existing works by modern masters as NFTs—thus bringing physical artwork into the digital realm. There has been a dramatic change in the NFT space over the past year, more so in terms of pricing. There were times when digital artists who used to sell their own works for a couple of hundred dollars are now selling for US$ 40,000-50,000.

NFTs have created an alternate value asset class. They are setting the stage for a new economy. As patronage gets democratised, so does value. Raghava KK, co-founder of a Bengaluru-based curation and technology research collective named 64/1A, is a multidisciplinary artist. His practice revolves around developing some public understanding of how artists and AI can come together to create art for the “post-human age”. Myriad themes are being explored by artists in this space. Some have been even challenging the very concept of NFTs and digital art. Another such collector, Praveen Kumar Karempudi, is of the opinion that the secondary market for NFTs is warming up after the Beeple auction.

A new blockchain-powered online platform for South Asian art, called Terrain.Art also has been presenting works by a modern master as NFTs. It has been founded by Aparajita Jain of Nature Morte. This virtual space has on display 27 recent paintings by Lalu Prasad Shaw, which makes him the first living Indian modern artist to showcase paintings with registered NFTs.

The pitfall of the NFT art system

With the increasing popularity of NFTs and its trading in cryptocurrencies, a very pertinent that arises is the regulation of these transactions. Within India, for example, the government is working on the ‘Cryptocurrency and Regulation of Official Digital Currency Bill’. Further, the recent Finance Bill, 2022, seeks to regulate the NFT space by including the expression ‘virtual digital assets’ into Section 2(47A) of the Income Tax Act, 1961 and taxing income arising from trading in such assets at the rate of 30%. In addition, the existing copyright laws need to be evaluated for their compatibility framework with this new technology. The market is still not as regulated. Still countries are looking to embrace NFTs, rather than risk being labelled an archaic and fossilised markets in the field of arts.

Lastly, creation of NFTs also requires environment sensitivity. Raw computing power is consumed in enormous amounts. The server farms where usually such production happens are powered by fossil fuels. The phenomenon can also be labelled as just another bubble such that speculators look into getting rich with the latest fad. There are some barriers to entry as well, as there is money involved & one has to be tech savvy to sell an NFT.

Enquiry for The blossoming of digital art with NFT