How successful has been India’s ‘Import Substitution’ Strategy?

Bipin Menon, Development Commissioner, Noida SEZ, believes that import substitution is an inappropriate nomenclature for India’s policy thrust, which is primarily enhancement of domestic manufacturing capacities, including through strategic collaborations and export orientation. He illustrates this by analysing the intent and impact of India’s overall economic and trade policies, while also presenting a roadmap for enhancing manufacturing competitiveness through SEZ and PLI schemes. With India’s large domestic market, moderate contribution of manufacturing to its GDP and a significant trade deficit; it was but natural for the country to look at options for ensuring a policy, which provided a fillip to employment-intensive manufacturing and create an equitable trade balance with the world. However, the policy of Atmanirbharta is also fulcrumed around boosting exports, being part of credible and resilient supply chains, integrating with the global trade order and reforms to encourage entrepreneurship as well as innovation.

“Import substitution” would not be the apt term to be used in the way we have been trying to leverage our core strengths to leverage competencies, resuscitate and kickstart manufacturing in key sectors. This policy has tried to address certain aspects like ensuring inclusive development, remove dependency on monopolistic suppliers, ensure fair trade by obviating predatory pricing and using fiscal tools compatible with international trade obligations to incentivize investment led manufacturing growth.

Moreover, one cannot look at the entire manufacturing policy in isolation to the other economic measures put in place. The slew of reform measures undertaken over the years such as GST, low corporate tax, Insolvency and Bankruptcy Code (IBC), consolidation of labour laws, liberal FDI policy, schemes such as Make In India, Digital India, Startup India, etc, public procurement policy for domestic value addition, Direct Benefit Transfer (DBT), infrastructure development and strategic disinvestments have played a complementary role to the Aatmanirbhar Bharat Policy.

Import specific initiatives, both tariff and non-tariff have been taken to ensure fair terms of competition and appropriate quality of imports. These include raising of import duties, trade defence measures, regulatory tweaking such as quality control orders, technical regulations and compulsory registration.

The Steel Import Monitoring System (SIMS) seeks to monitor import of steel. On trade agreements, an FTA Monitoring Committee has been set up, while the new rules of origin regulations known as CAROTAR which came into force in September, 2020, have strengthened the procedural mechanism for verification of origin of preferential imports. While these agreements have provided opportunities for exports, other export specific initiatives have also been undertaken including reduction of transaction cost and improving ease of doing business.

When India’s policy on Special Economic Zones (SEZs) was conceived in April, 2000, the aim was to create islands of excellence in the country so as to provide focused one stop shop facilities to these zones. The policy makers were cognizant of the fact that given the expansive length and breadth of the country, it was not possible to make huge investments across all export-oriented sectors and hence a focus on specific geographically contiguous zones would be more financially and logistically pragmatic with an aim to attract major players who would focus on exports.

The key guidelines for notifying these SEZs, also reflected in Section 5 of the SEZ Act, 2005 were the generation of additional economic activity, promotion of exports of goods and services, promotion of investment from domestic and foreign sources, creation of employment opportunities and development of infrastructural facilities.

SEZs provide a reasonable window for interested parties to operate in a geographically bonded hassle free environment. In the absence of the need for repeated approvals for import of procurement of capital goods, raw materials and construction material, there is adequate flexibility to function in an economic environment which is less burdensome.

Moreover, for units with reasonable level of imports or domestic procurement and with substantial output being exported, either physically or under the permissible deemed categories; the SEZ scheme makes perfect business sense. Dovetailing with the sectors on which production linked incentives (PLI) are available would be a good approach to attract new units in the SEZs.

In the light of this, some of the possible areas where SEZ units could be set up are in avionics, data centres, AI-related, textiles and apparel, pharmaceuticals, automotive components, hi-tech and scientific research, etc. The Baba Kalyani report has sought to make SEZs as Employment and Economic Enclaves (3Es) while seeking to increase the indigenous share in key sectors.

A cursory analysis of India’s import data reveals that during the last financial year, global imports went down by 17% from the previous year. However, when one analyses the product profile of imports, the share of intermediate goods has risen from around 30% to 35%, while the share of raw materials has decreased by around the same percentage. Moreover, the share of consumer goods in these imports still remains low at around 12%. One could thus infer that imports largely go into value added manufacturing.

Some government agencies like the Railways have reduced the share of imports in their total procurement from 6% in 2012-13 to 1.5% in 2019-20. Most of the components are indigenous for LHB coaches, wheel and axle manufacturing and some track machines.

Production Linked Incentives or PLI would thus have to be seen from the prism of ensuring a level playing field for domestic manufacturers. Each of the sectors covered under PLI needs a separate analysis given their specificity.

While it is too early to evaluate results of the PLI, the sentiment has been reflected in the decrease in imports on a year-on-year basis of some of these products covered like medical devices, white goods, automotive components, automotives, textiles and clothing and solar cells.

In the current pandemic scenario, our focus goes to the key starting materials (KSM)/API /formulations space. Firstly, manufacturing in this sector, including for a vaccine, involves a number of key starting materials (KSMs) and APIs, which cannot be found in any one geographical domain. Hence, this requires a lot of collaborative efforts and it is an uphill task to create the entire input space within one country.

Therefore, it requires trying to have agreements with global suppliers of these inputs. India, for example, has been talking to credible and reliable players like the US and the UK on this issue. Secondly, it is imperative to adequately fund research and development for new molecules and for this, focus has to be on incentivizing large players who have the pockets to enter this space.

Thirdly, India’s experience with how one supplying geography literally killed its KSM/bulk drug industry by its unfair penetrative pricing strategy and subsequently jacking up prices, thereby squeezing the margins of its formulation players, calls for a more holistic strategy. We must develop some parts of the entire value chain of this sector, so as reduce our vulnerability to such practices.

Finally, on the pandemic strategy, recent articles suggest the need for India to look at a more strategic and collaborative approach to ramping up its production, as the sector becomes more cut throat and hi-tech. On the other hand, India along with South Africa, who have been co-sponsors of the TRIPS waiver on vaccines in the WTO, must keep up their pressure to ensure that it gets necessary support to sail through in the Ministerial.

The newly appointed DG of the WTO has been sounding the right notes on this proposal. On medical devices, while the imports have decreased by around 10%, the sector is hi-tech and requires a large quantum of investment. There is tremendous scope in this sector for ensuring a sizeable domestic production.

The electric vehicle story, including the key component; namely lithium ion batteries, is a sunrise sector that could be tapped. Many enterprises have shown interest in this sector. There has been some demand to remove some of the stringent conditions of investment to attract players.

Mobile phone imports remain robust, especially with the growing domestic market and penetration of internet deep into rural India. India remains an assembler, but its slowly indigenising the component space. However, it is heartening to see that export of mobile phones is significant with a US$ 860 million trade surplus in 2020-21. Therefore, this story is about slowly transiting from an assembler to value added manufacturing, while maintaining the momentum on exports.

As far as consumer goods like TVs & ACs go, it’s about focusing on manufacturing of key components such as compressors for ACs, which form a sizeable cost of the final product. For solar cells, the manufacturing is a hi-tech process involving purification of silicon and has to be undertaken under conditions that obviate impurities. The assembly of these into solar panels is probably a lesser hi-tech process. Therefore, this would also require transition from an assembler of solar cells to an actual manufacturer of these cells.

The apparel sector, on the other hand, is one where many of the competitors saw significant push to their exports. Two key issues that one may have to look at are the tapping of the synthetic textiles market and need for market access into some of the key importing markets. The synthetic market covers nearly 70% of the overall textiles market.

On the multilateral front, WTO Agreements namely the GATT, TRIMS and ASCM have provisions which bar certain practices and could be the matter of any dispute. These include the sourcing of domestic inputs, having a domestic value addition criteria and encouraging exports, even if the link is not direct. One has to take care that the PLI schemes don’t run afoul of this.

The resiliency of supply chains is a key factor and one must look at countries with reliable value chains. The recent trilateral initiative between Australia, India and Japan with subsequent endorsement by the Quad are crucial to ensure that we are able to become significant players. After all, manufacturing cannot be a one country game and one needs collaboration with credible and friendly players. The Supply Chain Resilience Initiative (SCRI) declaration of Ministers of Australia, India and Japan identifies two specific activities

At the end, I would like to say that India’s policy to increase domestic manufacturing while ensuring a level playing field by regulating imports in a WTO consistent manner is a step in the right direction. The outcome of the PLI is too early to call at this point of time but the overall interest shown by the large players bodes well. As stated earlier, import substitution is an inappropriate nomenclature for this policy thrust, which is primarily enhancement of domestic manufacturing capacities, including through strategic collaborations and export orientation. 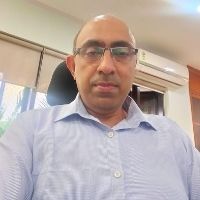 Enquiry for How successful has been India’s ‘Import Substitution’ Strategy?